Item Condition
5 out of 5

Have you provided two pics?

Reason for sale - Laptop onboard memory is 3200mhz which I incorrectly assumed to be 2666
So now the full memory bank is running at 2666 and I would rather get a 3200 stick.

Edit: I have added invoice and pictures (not screenshots) of memory details rather than the physical stick because a) more details and b) taking a pic of the stick would require opening up the laptop which I would rather avoid unless sold 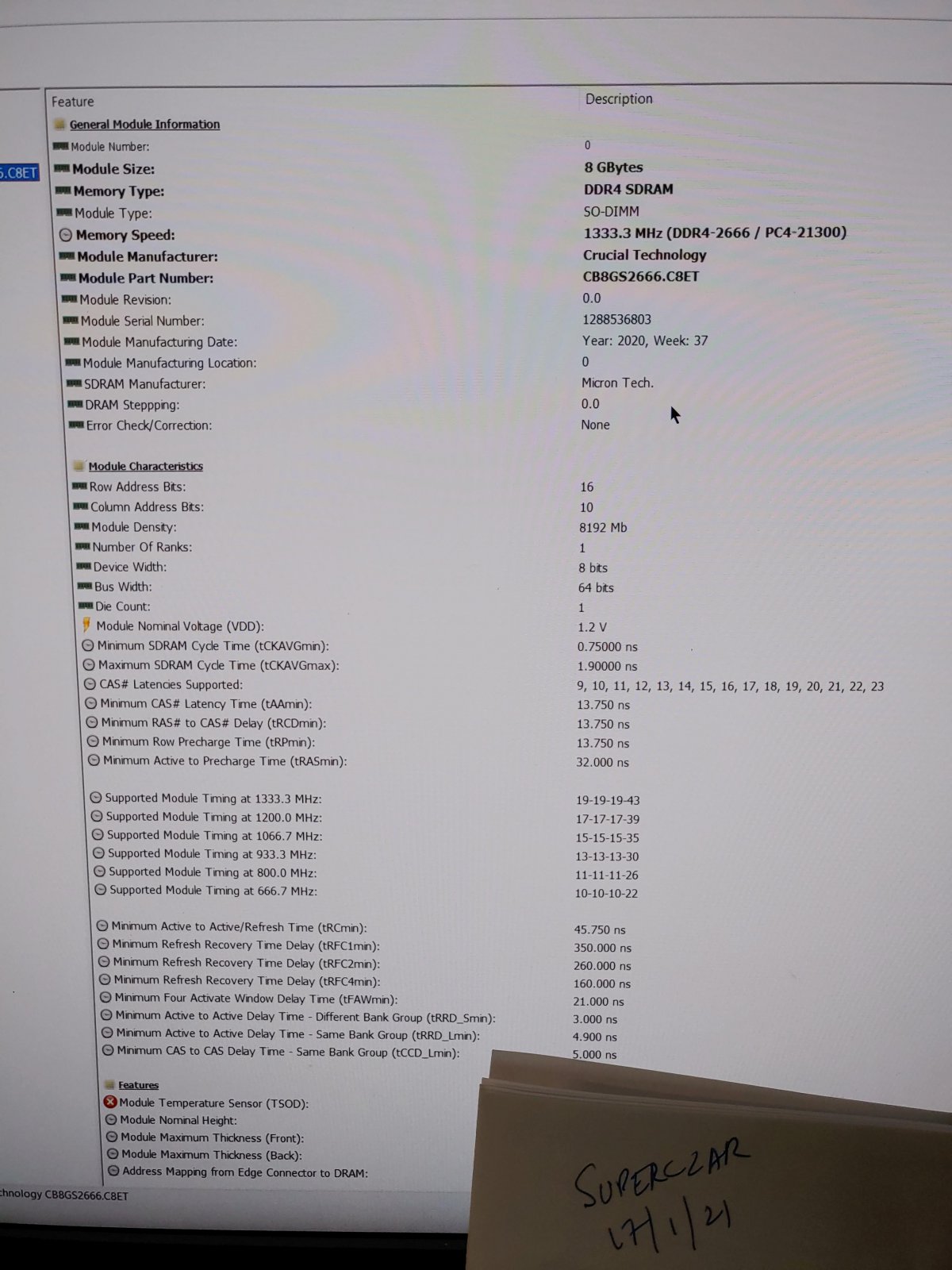