Baba ka Dhaba Fiasco; It turned out as expected!

Veteran
You probably heard about this Road side eatery!

Allegedly, donations were diverted to fill someone else stomach and Obviously the stall owners greediness increased where they had no business in Lock down and now they are claiming to be victim and have lost their ₹10k daily sale and its merely ₹ 3K-4K now.

Moral: Show kindness to the needy in your locality and not somewhere in Delhi or Kashmir. Please do not encourage such anonymous Social media or TV media highlighted donations from next time.


Check this link for further reading:

Disciple
Well the story (incident) has two rather polarised views. On one hand, the Youtuber did market the establishment which did in fact increase their sale and reach. Then the owner of dhaba, filing case against him is wrong. It was said the Youtuber did pay around 2 lacs to them. So for this 2 lac, and great exposure the dhaba owner must be greatful as all these came for free. So, in this front it portrays the dhaba owner in a very bad light.

On the other hand, taking money on someone’s behalf and not paying them
is simply an offense (may be even as per the IPC).

I think a good solution would be for the two parties to sit and sort out their differences rather than dragging police. Both sides should be able to bring out their part and reach a solution.

Veteran
Both look like greedy a$$holes. Obv the YTer is making money off views/hits itself, and these guys got free publicity and still cribbing. Social media is a cancer.
T 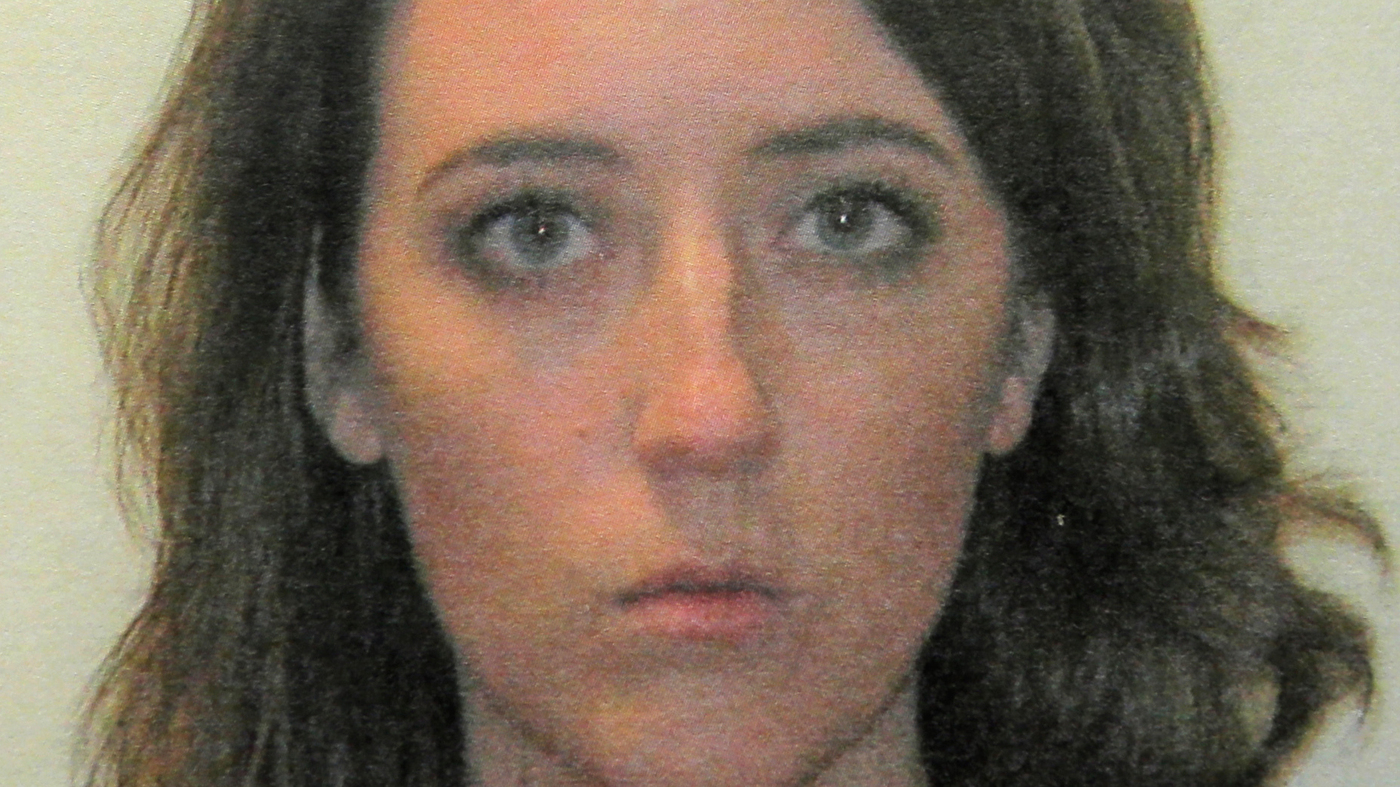 Katelyn McClure pleaded guilty to theft by deception. Using a fake feel-good story, she, and allegedly her boyfriend, raised $400,000 to help a homeless man, who became aware of the scam.

Adept
Just saw a NDTV clip..
Not sure how much of it is true though. The old man is claiming that he received only 2lakhs or so and the remaining amount of 20lakh donation was taken by the youtuber.
Its crazy if this is correct. Raising 20lakhs is a tremendous achievement in the first place..

Veteran
if youtuber did indeed pocket the cash or if dhabawala is lying, it should be an easy case for police to solve. Im just gonna wait for few more days to see what happens

swagatrath said:
Raising 20lakhs is a tremendous achievement in the first place..
Click to expand...

Not really. Samay Raina raises around 10L during his live Charity Streams in a couple of hours. And this video had gone really really viral so 20L through donations, especially for an old couple who clearly wanted to earn the money and not beg, is not really a big amount.
We were having a similar discussion on TE Whatsapp group today and I was saying how I only help directly or to an NGO run by my friend where I am sure that all the funds actually go to Charity. Nothing wrong in proper NGOs where people are paid salaries but at least no one should donate to a random guy.
The thing is it is very easy to just give money. The really good deed is to care enough and spend the time to see whether your money is actually bringing about any change or not.

Veteran
You made a VERY IMPORTANT point. Almost all of us donated to our capabilities during this non ending tragic time.
I felt like a complete idiot after donating to PMcares funds.
At least Bengal's CM sent a proper acknowledgment email with reference to the registered NGO etc. through which the money was spent ( of course I don't know if it's true or not, but it's better than knowing nothing) and a very polite guy from Rajeev something's office ( chief secretary or something of that sort, I'm not really sure) called up to say that Didi was busy to call back and thanked profusely for the little help.
5K EUR is nothing as contribution, but still I expected some sort of acknowledgement from PM's office.
Our PM emailed each and every person ( though an automated response) who donated and we donated even less for Czechia.

Veteran
And then people complaint why we do not donate. Just cannot trust anyone.

swagatrath said:
Not sure how much of it is true though. The old man is claiming that he received only 2lakhs...
Click to expand...

The way i see it even two lakhs is more than the zero lakhs they were getting before they got their 15 seconds of fame.

Reminds me of Bombay beggars at the traffic lights throwing back coins into cars if they got less than 5 bucks, couple decades ago...

rdst_1 said:
The really good deed is to care enough and spend the time to see whether your money is actually bringing about any change or not.
Click to expand...

Most people don't want to spend the time and effort to actually do charity themselves since it's easier to just give some money and feel good inside.

Then complain when the money has been misused.

Katelyn McClure pleaded guilty to theft by deception. Using a fake feel-good story, she, and allegedly her boyfriend, raised $400,000 to help a homeless man, who became aware of the scam.

Wow this is an awesome story. Everyone went to prison! Including the homeless guy...

Veteran
So true...just clicking and entering the password to transfer some money is not charity, it serves no purpose at all ( except the sense of feeling good for yourself...I just realized how selfish it is)
I often say that I care a lot for the victims of this epidemic.
But other than working for couple of months in hospitals, I didn't contribute anything that could actually help people ( the planning for ICMR was very easy and I was overpaid for that)
I haven't seen a single patient after returning from Spain, yet continuously criticized Modi, other doctors who are still working tirelessly.

ex-Mod
Better to give money to those Sikh langars where they feed the homeless than govt.
S

Julian said:
The way i see it even two lakhs is more than the zero lakhs they were getting before they got their 15 seconds of fame.
Click to expand...

Yes, this is known as irrational expectations and the subtle reason why capitalism cannot work completely unshackled and current economics theories are just theories and corollaries and cannot conclusively help us improve our lives.

What you are talking about is rational expectation however human beings do not behave this way.

6pack said:
Better to give money to those Sikh langars where they feed the homeless than govt.
Click to expand...

Veteran
I honestly thought this news was hilarious. Both parties got too greedy for their own good. But they didn't sign any legal document so would that matter? No legal document=agreement non-binding, yeah or nay?
I think the YouTuber is also a bit of a scum but I don't think he's in the wrong though, I mean legally. Also they could've discussed the issue and settled things amongst themselves without blowing it up on tv. Talk about immaturity.
I can't wait to see how this concludes LOL.
And yeah this is why I don't donate via any middle parties anymore. In our case, there were serious accusations that the owner of the bank account which we sent the money to pocketed most or all of the money for himself. He bought a new bike and other things lol. But as a said no agreement was signed.
Anyway, I used to mostly do it during Christmas with my family and other donors where we help the needy families directly both in cash and in kind. You have no idea how much of her salary my mother spends on direct charity every year.
We mostly give them food grains like rice, dal, oil, clothes etc along with some cash. We also don't do it in front of cameras or TV's so you won't hear about it. That's true charity.
Last edited: Nov 4, 2020 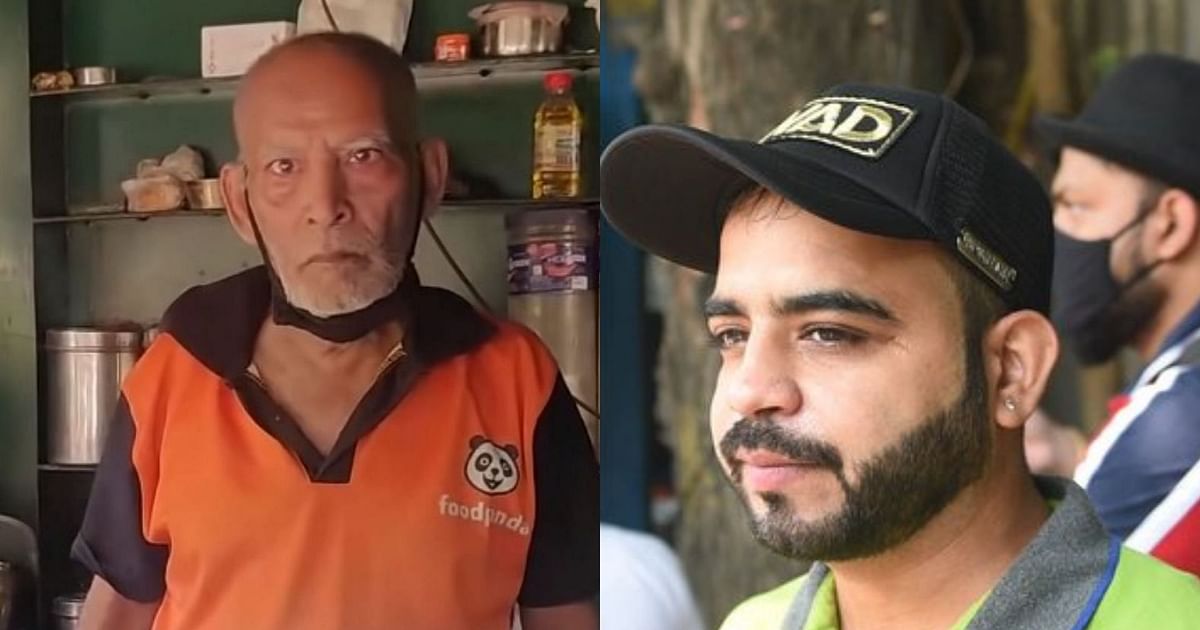 Veteran
What the... geesus. Has the youtuber been arrested then? If no, will he be arrested?
C

This is preposterous. Even if he kept the funds to himself, Baba did get the initial 2 Lakhs plus a high degree of fame and business ONLY because of this guy. And that should be an enough reason to atleast keep him out of Jail!

Veteran
What can we say man. People are just greedy ungrateful scums. My sympathy for the old man is almost turning to hate now.
The other guy should've also been smarter about it and make him sign a legal document. This silly mistake will make a noticeable dent on his rep.
You must log in or register to reply here.
Share:
Facebook Twitter Reddit Pinterest Tumblr WhatsApp Email Share Link