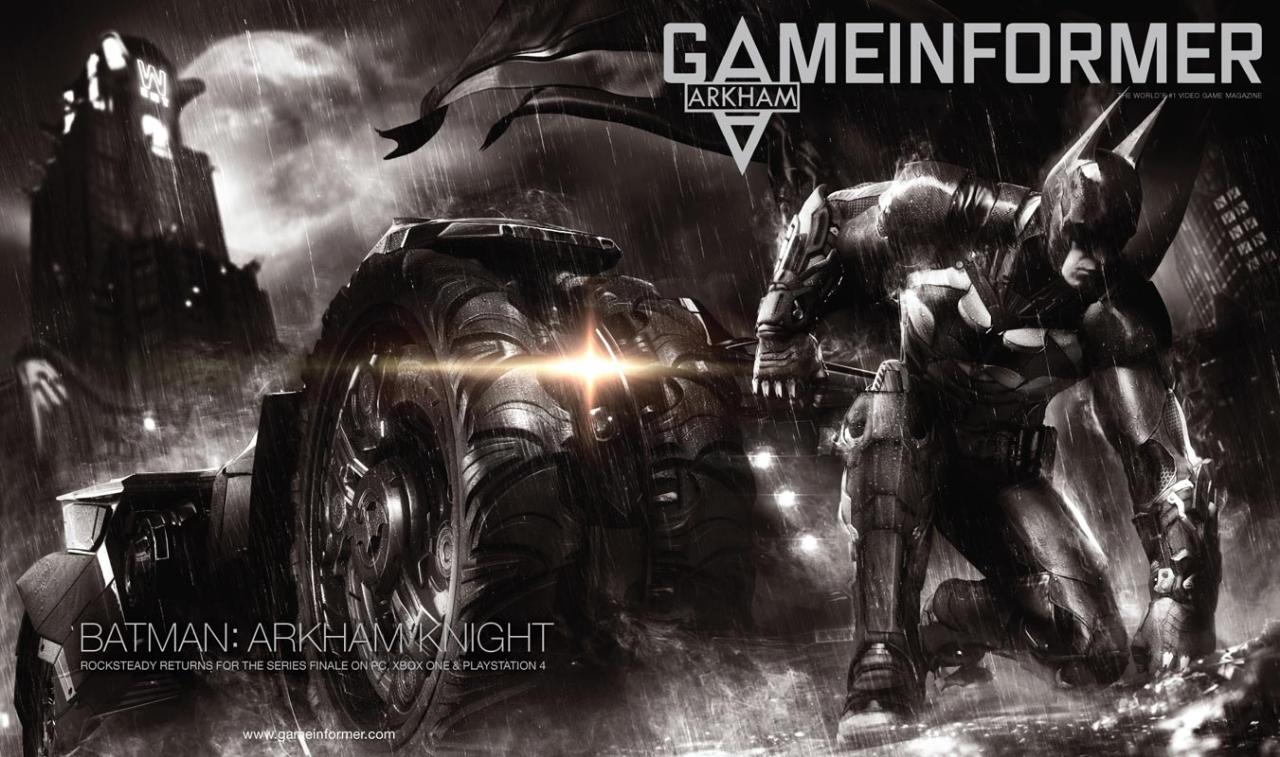 ​
After a leak just 30 minutes ago, the official confirmation for Batman: Arkham Knight has been made via magazine GameInformer, which dedicates its cover story to the latest adventures of the Caped Crusader.

Batman made a stunning impact on the gaming industry with 2009's Arkham Asylum, and developer Rocksteady quickly improved on the experience with 2011's Arkham City.

Just like the leak suggested, the new title has been confirmed by Game Informer to be the closing chapter in the Arkham series, although Batman may return in other video games after this one.

The open world of Gotham has been drastically expanded with a new zone and, more importantly, wide streets, so that players can not only glide over the city but also use the Batmobile, or rather a really aggressive version of the vehicle we got to see in Arkahm Asylum.

Besides sharing the new pieces of artwork available in the gallery below, the magazine also confirmed that Arkham Knight would see Batman take on famous super villains like Scarecrow, Penguin, Two-Face, or Harley Quinn. 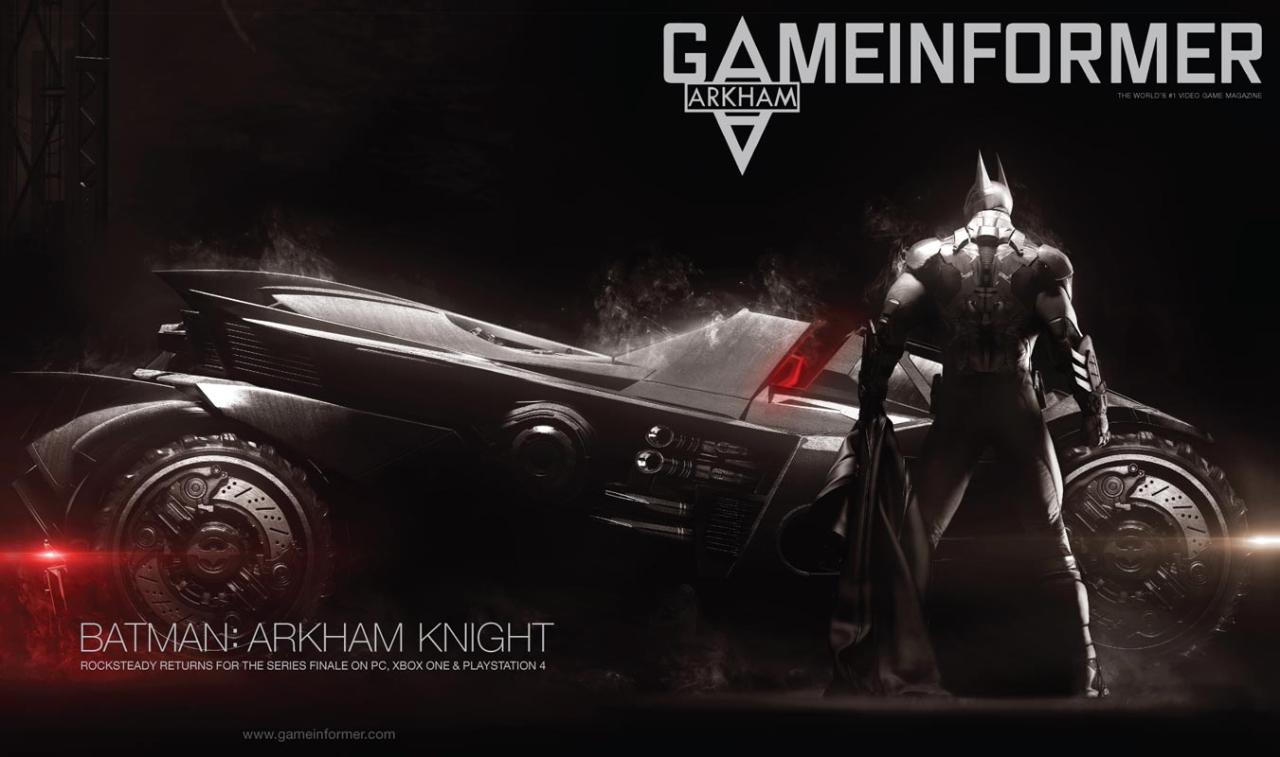 ​
The game launches this year for PC, PS4, and Xbox One. Expect more details from Rocksteady soon.

Adept
Batman-News.com has read the latest issue of Game Informer and has shared new details concerning the game:

GENERAL INFO:
- Next-gen only.
- Single player only. No multiplayer.
- Arkham Knight isnâ€™t just the name of the game, itâ€™s also the name of a brand new villain. Rocksteady is working with DCâ€™s Geoff Johns to create the character from scratch.
- Batman starts the game in the Arkham City suit, but gets a new costume early on.
- Takes place in a central zone of Gotham City split into 3 islands. 5 times bigger than Arkham City.
- The level of detail in Gotham City is some of the most impressive Game Informer has ever seen in a video game.
- Takes place one year after Arkham City.
- With The Joker dead, Gothamâ€™s villains come together to try to take down Batman.
- Scarecrow, Two-Face, Penguin, and Harley Quinn are all confirmed.
- Kevin Conroy is back as Batman. Troy Baker is Two-Face, Nolan North is Penguin, Tara Strong is Harley Quinn, and Wally Wingert is Ridder.
- Batman visits with Oracle in the game, sheâ€™s not just a voice in his earpiece anymore.
- Cut scenes are all done in game, so it doesnâ€™t feel like youâ€™re playing a game and then watching a movie.
- The characters are incredibly detailed. One has the polygon count of Arkham Aslyum, the whole environment.
- Batmanâ€™s cape and characterâ€™s clothing reacts realistically to wind and movement.
- All quick-fire gadgets can now be used during flight.
- Batman can perform a quick ground strike to downed opponents.
- Interrogations are back.
- Batman can incorporate the environment into his combat combos like never before.
- Fear takedowns allow Batman to take out multiple enemies in slow motion, as long as he isnâ€™t spotted.
- This is Rocksteadyâ€™s last Batman game. There will be a clear ending to their Arkham trilogy. Itâ€™s possible that WB Games Montreal may still make Batman games set in the Arkham Origins time period.

BATMOBLIE INFO
- Rocksteady set out to make the best car in any game ever.
- Itâ€™s so detailed it would take up the space of an entire Xbox 360 game.
- Itâ€™s the only drive-able vehicle.
- Players can bring the Batmobile to their location with the press of a button.
- It can do burnouts, jumps, boosts, and even rotate in circles at a full stop to get you pointed in the right direction.
- It can smash through barricades, trees, and building corners.
- Batman can eject out of the Batmobile and go directly into gliding through the city.

Plot: In the explosive finale to the Arkham series, Batman faces the ultimate threat against the city he is sworn to protect. The Scarecrow returns to unite an impressive roster of super villains, including Penguin, Two-Face and Harley Quinn, to destroy The Dark Knight forever.

The Knight said:
- Kevin Conroy is back as Batman.
Click to expand...

Best thing about the game
More in game screenshots here:http://imgur.com/a/W9h0p

I wonder what the previous gen. console gamers would do since the game has switched to PC and the next gen. consoles. Even Lords of the Fallen has adopted a similar move.

Skilled
Really love the what they have shown of the graphics of the game. Spectacular.
Sadly combat is such a let down 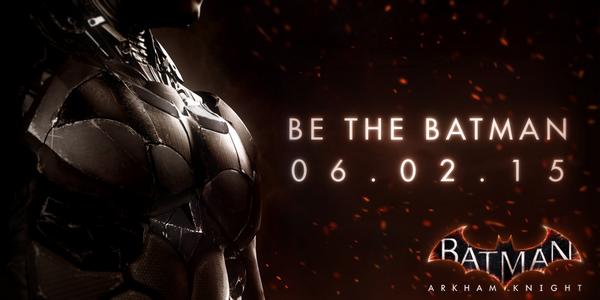 It was expected that after Batman: Arkham Knight's initial delay, it would be available sometime in January 2015. Well, now Rocksteady has finally revealed the new release date for the final installment and it looks like we'll all have to wait a little longer to be the Bat once again.

Skilled
Game's a mess on pc apparently, capped frame rate and stuttering for most people. They even changed system requirements at the last moment.
People also got their copies downgraded to retail w/o DLC from the preactivated codes they got with Nvidia gpus.

Skilled
Looks like the PC version may have been sabotaged by the developers themselves looking at all the complaints.

How and why would an Unreal Engine 3 game would even have to be capped to 30 FPS in current gen consoles and PC? less on 30 FPS on a GTX970 with this old engine is a joke. Looks like success has gone to their heads.

Looks like the PC version was not even developed by rocksteady. They outsourced it to somebody else

We're aware that some users are reporting performance issues with the PC version of Batman: Arkham Knight. This is something that Rocksteady takes very seriously. We are working closely with our external PC development partner to make sure these issues get resolved as quickly as possible.

We'll update this thread when we've got more info to share.

Adept
Yes, they outsourced it to Ironclad studios, which has 12 people. Check out the Steam reviews, one of the worst ports to be released for PC this year.

Skilled
^^ Doesn't make any difference since the game seems to be pile of shit right now.

Here is the advice rocksteady provided to the PC gamers who are having issues.

Skilled
I know it doesn't make a difference and I saw that post earlier, I was just highlighting how bad it gets each day.
So much for PC "Master" Race, treated worse than peasants by publishers now. Game runs amazingly well on the PS4 so kudos to Rocksteady, not so much for Iron Galaxy whoever the hell that is.

Adept
Ironclad made the port for Origins too. I understand it had some issues at launch, but was eventually fixed. They apparently got the game code for porting two months before release. Steam and GMG will issue refunds, but those who bought retail like in India are SOL. Hope they fix the issues and not abandon the game.

Skilled
Iron Galaxy*
Yea B:AA was a mess at launch too, good thing I was able to get a refund since the Indian retail PC release was delayed iirc.
Bought it way later on a Steam sale, wasn't a buggy mess but it still had performance issues and something still felt off about the game.
Arkham Asylum is still the best in my book, that game was a masterpiece.
Share:
Facebook Twitter Reddit Pinterest Tumblr WhatsApp Email Share Link
Top