Skilled
Feedback: 10 / 0 / 0
hi everyone,
i had some problems with my kingston ram's and so gave them for RMA, today i have recieved two brand new rams of kingston.

both the rams have same specs (cl6).
I HAVE NOT EVEN OPENED THE SEAL OF THESE RAMS.
as said by the kingston service center that these rams now have lifetime warranty starting from today. ie 15 - 03 - 2010. i have the old bill with me also.
the rams were purchased on 25 march 2009.

i am giving both of them for just 1900(shipped anywhere in india).
and for NCR people only for 1800. 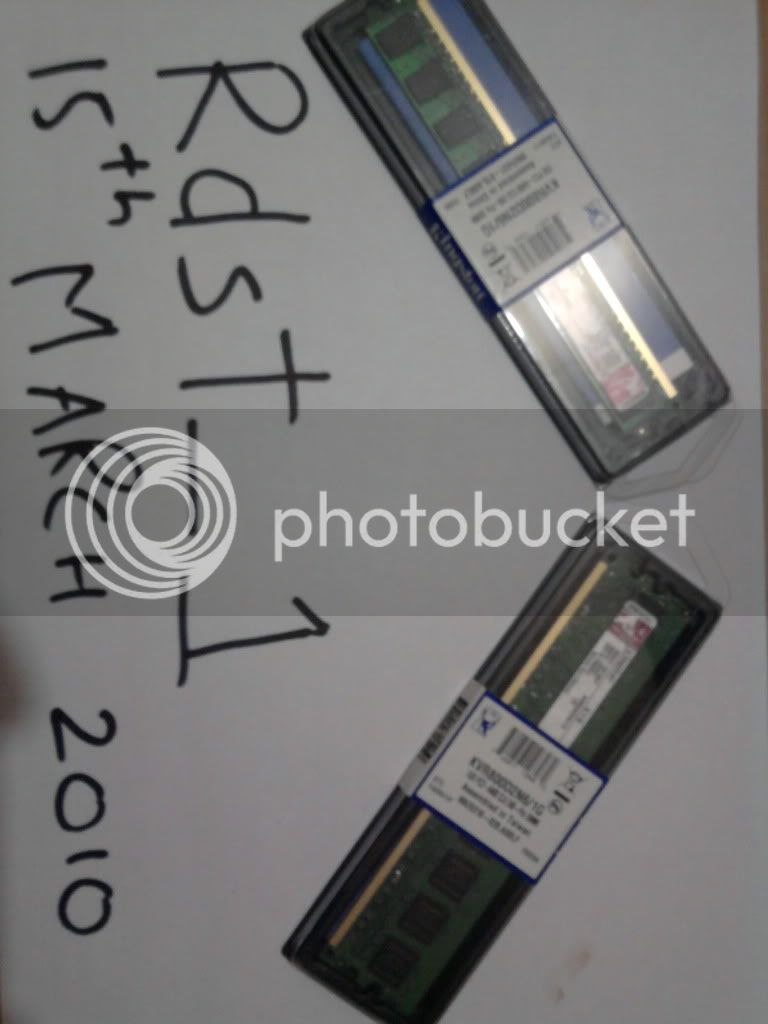 Skilled
Feedback: 10 / 0 / 0
bump again
these beauties are still resting in there boxes.

Adept
Feedback: 9 / 0 / 0
I am interested in pickup from delhi. Whats the best price u can offer. PM Me i will pick up tomorrow or on Sunday

People really don't know that RAM jumped another 200 bucks Per stick for a gig and 400 bucks for 2 gig of a stick.

waiting for payments from GSKALYAN