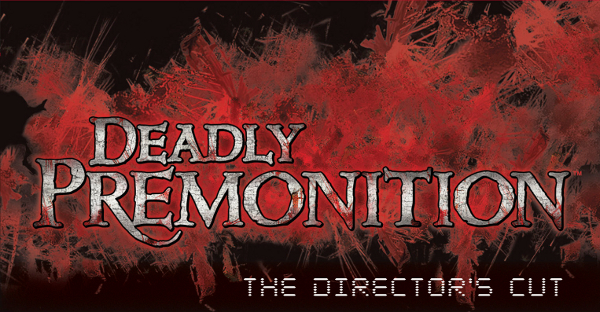 Deadly Premonition: The Director's Cut first launched on PlayStation 3, but this new PC version will have further upgrades.

As with all Steam Greenlight games, the title will only be added to the service if enough people show interest. Valve then picks Greenlight's most popular hopefuls to be added as full additions to the Steam catalogue.

"Steam's Greenlight process is a first for Rising Star Games and there is nothing better than the cult hit Deadly Premonition: The Director's Cut to make our mark on it," said Rising Star boss Martin Defries. "Our vocal fans have been calling for a PC version of this game, so using Steam Greenlight gives those fans the chance to make a difference."
Click to expand...

Veteran
I read that port was pretty generic

Veteran
The graphics were sub-par on the consoles, so not expecting anything more from it. But frame rate stability is what I'm expecting on the PC. There is something weirdly interesting about this game.

Veteran
WOWEEE! This game is so amazing. I dived in just to take a sneak peak and ended up playing for an hour straight. Applied Durante's DPfix 0.71 and it looks near perfect. I just need to work out how to apply AA properly, as the object edges seem to be aliased.

York's dialogue are so freakin' hilarious. He's seems to be a parody of Will Graham.

The controls are surprisingly responsive on the keyboard. The aiming is a bit wonky, but apart from that, everything else works fine. The game's atmosphere and OST is a total win. Hope I don't run into any bugs or crashes, like a lot of people reporting on GAF forum. If Rising Star incorporates 360 controller support, then we're all set.

I'm now a whopping 23 hours into this game and completely captivated by it. It's sad that a lot of people have ignored this game due to either poor reviews from major sites (except Jim Sterling's review of 10/10) and various other reasons. I was on the fence with this game too, but just a few hours of playing the main storlin, I was hooked into Greenvale's community. PC version is currently the definitive version you'd want to have. All it needs is a controller support and crash patch. The rest has pretty much been fixed by Durante's DPfix files.

This is a game with great atmosphere, interesting bunch of side characters and an engrossing storyline. It's cheesy, it's quirky & it's hilarious. On the surface, it looks like an upscaled PSone title, but if you look past that and a few othr niggling issues, this title is a hidden gem. It's one of those rare games which has a cult following. So when majority of the crowd is swayed by AAA titles, there are those who hunt for unique games and end up with this. My honest request to everyone is to just give it one shot; you'll either love it or hate it. Either way, if you feel like taking a break from the whole high budget titles, Deadly Premonition is a good switch up.

Oh and did I mention the main storyline being lengthy?

Veteran
I'm about to fire up Twin Peaks TV show in a few minutes so just thought about this game. I'm not really sure what to expect from the show, but if it's similar to the storyline of this game, then I'm really looking forward to it. Also, a small note to the people who missed this one; PLAY IT!

Veteran
Bad textures, bad frame rates & some weird vehicle controls. If you can get past those then there is an intriguing story waiting for you which comes very close to resident evil 4. Once I started this game it kept me hooked for more than 2 hours continuously.
After a long time (probably after RE4) a game was able to hold my interest for so long.
No i have not completed the game but played for few hours as mentioned & can say that the story definitely looks promising. The gameplay is not bad too. What makes this game interesting are the wonderful characters, the atmosphere, the setting, few interesting dialogues (in between) & the presentation.[DOUBLEPOST=1417877294][/DOUBLEPOST]Gameplay is mixture of Resident evil & silent hill.
Last edited: Dec 6, 2014

Ethan_Hunt said:
Oh and did I mention the main storyline being lengthy?
Click to expand...

Yes its too long I suppose. Completed only episode1 & it took me around 5-6 hours roughly.

The animations are funny or irritating I can't say clearly. The gestures are quite repetitive & doesn't make any sense at some occasions.

Veteran
As you may know this game also makes slight parody of twin peaks. The tree, coffee & food references may make you laugh more if you have seen twin peaks.
I really like the characters Harry stewart & his assistant michael tillotson. They always makes our (a bit cocky) protagonist feel like an idiot .
Last edited: Dec 9, 2014

Veteran
The gameplay sometimes is really pathetic. Spent more than 10 hours into this game. It sometimes overdo few things. For example during an intense search scene emily & kaysen are hunting for our agent morgan (who is held as a captive by the culprit) now in between a cutscene plays & both start giving lectures on dogs & their relation with humans. Completely WTF! or maybe it was a parody too I just can't guess.
Last edited: Dec 11, 2014

Veteran
Completed.
This game has so many things wrong. However one thing is strong in it & its strong enough to almost compensate for all of them. Yes the story & the background music.
Even though its heavily inspired from twin peaks but still it has the ability to stand on its own. After a long time I encountered such a good story with compelling characters in a game. Must play if you are a twin peaks fan.
You must log in or register to reply here.
Share:
Facebook Twitter Reddit Pinterest Tumblr WhatsApp Email Share Link