Car & Bike How to dispose of a car

There may or may not be a dead hooker in the trunk.


Long story short, I have a ~33 year old Toyota (a corona) Imported from Russia (vodka included). It belonged to my grandfather's brother. He passed away in the late 90's. Nobody did anything about his possessions for a few years, and then in the early 00's the documents were submitted to change the owner. The RTO guy who was given the documents died or got transferred (he is not contactable at all) and the original documents were lost. A set of photocopies of the RTO docs was recovered and that's all the documentation we have. The car has been lying in my garage for an eternity, and now I am trying to get rid it.

Any ideas on how I can legally get rid of it once an for all? Is a donation to a college's mechanical engineering department possible? Can i get it into flim set and have it blown up?

I have considered grinding off the engine and chassis numbers, but I am not sure if we have Amreeka style compactors that can finish the job. I don't want the car being on the headlines for its role in a robbery/terror plot etc (although if they get it started they probably deserve an award of some sort).

Disciple
I like the way you have put it here... LOL..
Call a kabari wala and he will take care of it... the cheapest solution that I can suggest...

bhaskarvyas001 said:
I like the way you have put it here... LOL..
Call a kabari wala and he will take care of it... the cheapest solution that I can suggest...
Click to expand...

Adept
just being curious, where are you located. 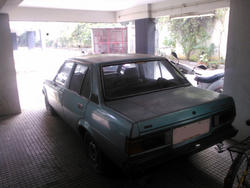 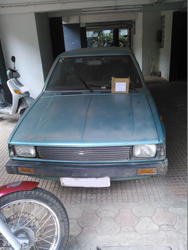 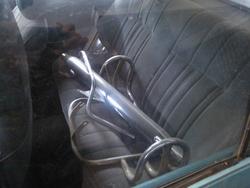 Veteran
Can't you donate this to your nearest museum? You can check with the authorities.
C

Veteran
you can easily sell it off for Rs 50~80 K. check out ads for old cars on olx to get an idea about its right price. any car collector would love to restore it. you can put a "For Sale" board on it and park near front gate or on the road. interested people would surely approach you.