Adept
Nokia has launched its second Android based X series smartphone in India , the Nokia XL which features a 5 inch display and slightly better specs compared to the Nokia X. The Nokia XL is now available for Rs 11500 approximately from online stores. 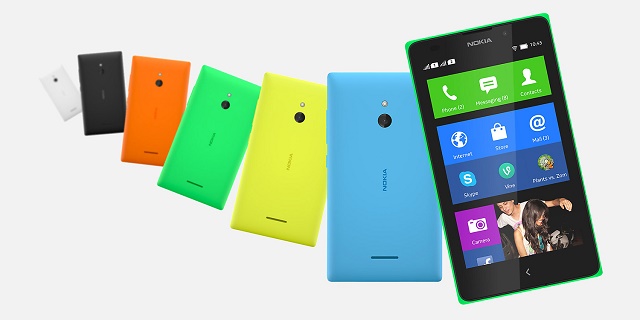 The Nokia X runs Android 4.1.2 Jelly Bean based on AOSP ( Android Open Source Project ). Though, you wont find Google apps such as Play Store, Gmail, Maps, Drive etc which is a big drawback. There is Nokia store to download apps from and other Nokia apps such as Nokia HERE maps, Nokia Glance etc. It can also be rooted to install Google services and Play Store.

Clearly, the specs are not impressive, but it is an alternative to Nokia Asha and Windows Phone 8 devices for Nokia lovers. Looks wise also the Nokia XL is similar to Asha devices, but much larger is size and comes in black, blue, green,orange,yellow and white colors.

Nokia Lumia 630 has also been launched in India at similar price point which runs Windows Phone 8.1 OS. It has 4.5 inch LCD display with faster Snapdragon 400 Quad-core processor and 512MB of RAM.

poor nokia. moto has killed u

Veteran
Who does pricing in MS? - This for nearly 11K

Veteran
There are 'idiots' who will still buy Nokia - poor fellows. They dont realise it does not come with the Play Store
N

Disciple
Once upon a time, Nokia used to decimate Moto products at ease. Except for Razr, other Moto products could not withstand onslaught of Nokia.

Now the tables have turned. Moto G has decimated 720, and now Moto E will do the same to Nokia X, XL etc.

Adept
I disagree with most of you above. I think Nokia still has the advantage of the customer support where Moto has none. Now I've got both, Lumia 720 and Moto G at home and I like both the devices equally. Nokia 720 delivers on better Camera, Call Quality, Browsing, Emailing, feather touch screen, etc. Moto G lacks in all these departments but trumps Nokia with the complete android ecosystem.

However, I can't imagine the fate of Nokia XL with a limited amount of android based apps. But hey, they still have access to Nokia Store which is turning up quite good. So 11K for a 5" 'Nokia' phone sounds like a steal to me. If it would have launch along with MotoG, it would have been a different scenario. According to me

But 768 MB ram is going to limit the performance of this device along with a 1.2 Cortex A5 processor. If it was a WP 8 device , these specs would have been more than decent but since it runs Android I think the experience won't be that impressive.
You must log in or register to reply here.
Share:
Facebook Twitter Reddit Pinterest Tumblr WhatsApp Email Share Link