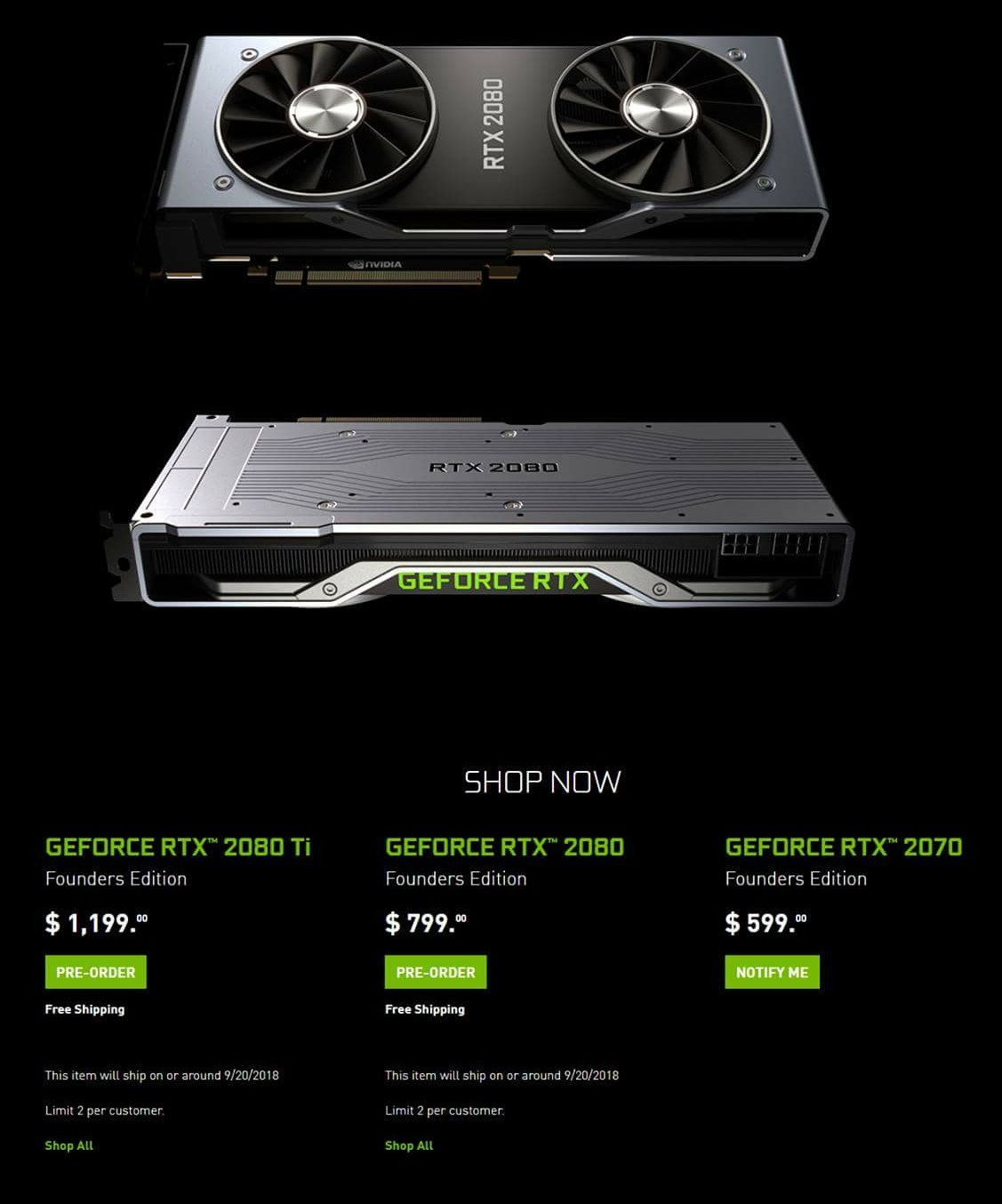 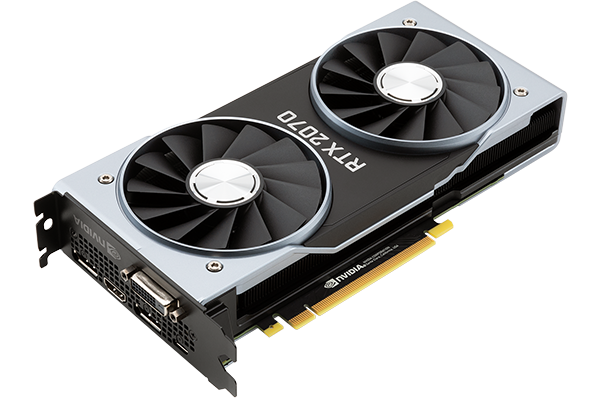 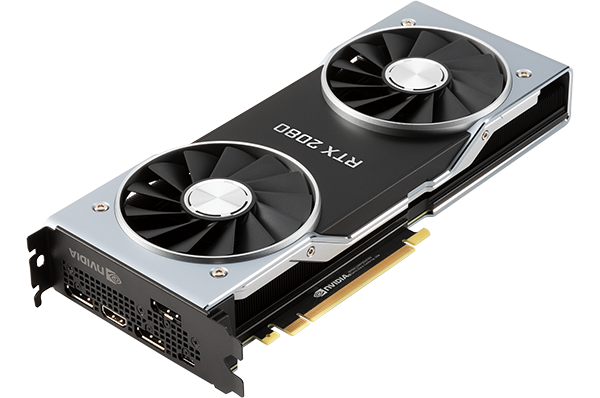 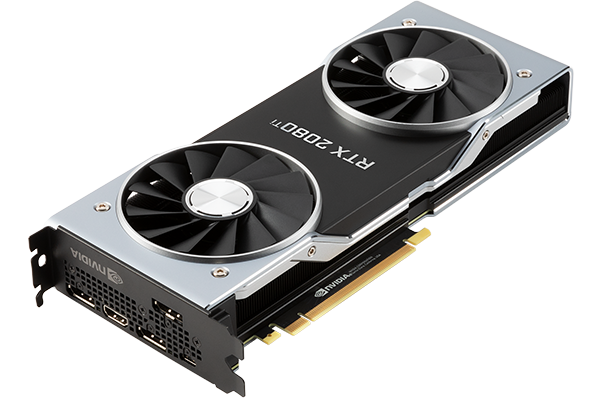 Nvidia CEO Jensen Huang claims that the RTX 1070 will outperform the Titan XP.
Click to expand...

Veteran
LOL. 1Lakh for a graphics card. Get me out!

Anybody know what's the import duty on a GPU nowadays? Whatever sources I could find on google pointed to a 18% GST only which doesn't seem to the case here as it would then work out to Rs 82.

is this just a case of pre-order markup or can we expect pricing at this level throughout? And lets not even talk about the elephant in the pricing room - crypto mining.
Last edited: Aug 21, 2018
C

Marcus Fenix said:
Anybody know what's the import duty on a GPU nowadays? Whatever sources I could find on google pointed to a 18% GST only which doesn't seem to the case here as it would then work out to Rs 82.
Click to expand...

Customs duty is 10% - added this year. Before there was no customs duty.

The prices are ridiculous to be honest. I was planning to buy but I'm gonna hold off until prices cool down. Doesn't make sense spending 1L for a 2080 Ti.
M

Chaos said:
Customs duty is 10% - added this year. Before there was no customs duty.

The prices are ridiculous to be honest. I was planning to buy but I'm gonna hold off until prices cool down. Doesn't make sense spending 1L for a 2080 Ti.
Click to expand...

BTW the GTX 1080 is 500$ as well but going for almost 60k in India. Seems like we have variable markups on top of customs duty/tax

Veteran
Distributors in India have generally demanded margins of 30% or more on graphics cards. This is why I have been procuring GPU's from US for Several years now.

But this time, there are factors like poor Rupee to dollar, import duties and GST.

However, I am not the retail value they show for the card in India would be approximately those prices or not.

[DOUBLEPOST=1534837781][/DOUBLEPOST]As usual, I will likely get the card from US in December depending on the situation. It will most likely be a custom design 2080Ti. This will complete my new rig.
Last edited: Aug 21, 2018

Disciple
I'd wait for the reviews to show the actual performance gains since Nvidia's presentation didn't even bother to compare the actual performance with the 10 series gpu's they just kept on giving out vague statements without backing them up with proper numbers.. It was one of the weirdest presentations I've ever seen from Nvidia. They basically tried to show that ray tracing was the single most important factor in gaming and that is the only thing that matters. The pricing is ridiculously high as well.. Also the claim that the 3rd party vendor cards being cheaper is just a farce as looking at the prices of all the 3rd party partners pricing it doesn't seems to be true as they have either put the same prices or in some cases even higher than the founders edition for their premium end products. I guess getting them from the US seems like the only option as of now but even the US 3rd party vendors have 1250-1350$ pricing plus the tax which is stupid money.. hope the reviews come out soon to give us a more clearer picture of the new series..
M

Veteran
@Lord Nemesis how do you procure your cards?
Do you get someone to buy it there and carry it as checked-in luggage?

However what the actual street prices will turn out to be remains to be seen. 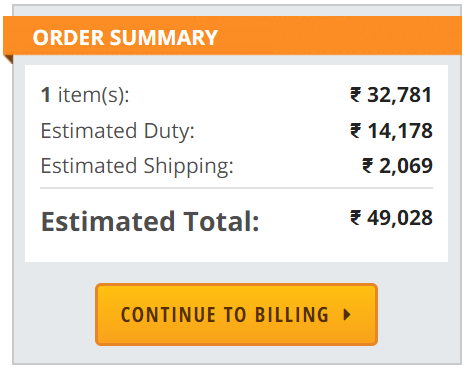 Veteran
And here I was thinking I could get 1060/70 for cheap afer the launch of the 20 series.

I guess a lot of people share the same feeling..

Marcus Fenix said:
@Lord Nemesis how do you procure your cards?
Do you get someone to buy it there and carry it as checked-in luggage?
Click to expand...

Yes, my sister will buy and bring it with her when she visits India.

Nvidia has released a press release to confirm that RTX technology refers to both AI and Ray Tracing, which means that almost half of the "RTX Games" below will lack any support for Ray Tracing. In fact, more of the titles below support Nvidia's AI-driven DLSS (Deep Learning Super Sampling) than real-time Ray Tracing, with 16 games supporting DLSS while 11 support Ray Traced elements.
Click to expand...

Below is a list of all the games below that will support Real-Time Ray Tracing:

Below is a list of games that will support Nvidia DLSS:

First the pricing "mistake" and now this. Just Nvidia things I guess lol.

Disciple
Some Tomb Raider off and on screen gameplay here....
http://www.pcgameshardware.de/Grafi...ormance-in-Shadow-of-the-Tomb-Raider-1263244/


Hardware unboxed are cautioning not to pre-order. The performance increase in terms of fps in games, will be most likely 15-20% higher over the 10 series at best.

Veteran
^nvidia gameworks is cancer. my fps increased by 20~30 when I turned that shit off for witcher 3 on my 960 4GB. here's hoping ray tracing doesn't end up as another cancer which trades fps for looking a little bit cool

Veteran
So I checked the various RTX cards designs and except for Nvidia's own FE cards none of the AIB made any card which look visually appealing to me. I miss the old days of MSI's Twin Frozer/Hawk/Lightning a lot.
Oh, found the RTX 2000 card with the best design 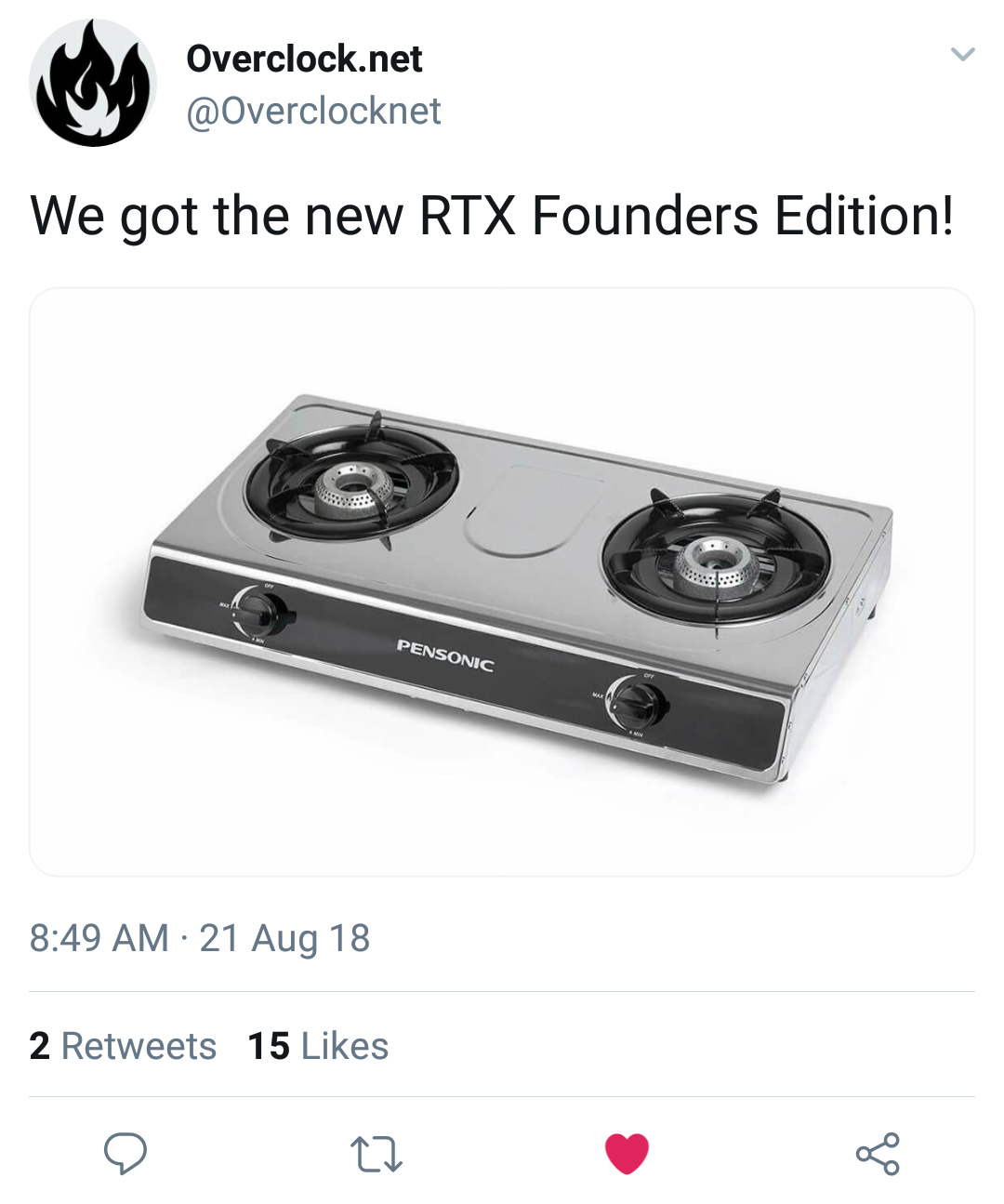 Btw, Gigabyte's pricing of their cards.

adventureguy said:
^nvidia gameworks is cancer. my fps increased by 20~30 when I turned that shit off for witcher 3 on my 960 4GB. here's hoping ray tracing doesn't end up as another cancer which trades fps for looking a little bit cool
Click to expand...

Ray tracing is the future. All films are fully ray traced these days. However I'm not sure what exactly is being done by the DX12 API for ray tracing and how fast it'll be on first gen hardware. Best approach is to wait and watch.

Veteran
Congrats to those who bought a 1070/1080/1080 Ti, you got a decent deal at launch, your gpu's appreciated in value thanks to sh*tcoins and it also looks like you're sorted until 7nm adoption going by the lack of graphs or benchmarks in yesterday's presentation.
Currently there aren't any demanding games on the horizon except for Division 2 maybe so I'm not sure if it's worth paying the premium for what appears to be typical Nvidia gimmickry ? Maybe it's the future but a bit too early atm to say anything conclusively.
I also don't like this trend of bumping up prices over generations, 970 launched at $329, 1070 at $379 and now we have the 2070 at $500. Sure we can blame the lack of competition but this is again Nvidia we're talking about, they've totally become the Apple of PC hardware milking their loyal customers and indulging in anti-consumer practices like GPP, just look at those ridiculous FE prices this time around.

As for those who are willing to pay the exorbitant prices, just hope that some sh*tcoin doesn't show up bumping their values up even further thanks to demand from miners.
Even though cryptos appear to be dead, some scapegoats from certain countries are still investing in them as a store of value because of US sanctions tanking the value of currencies like the Iranian Rial and Turkish Lira which in turn has had a cascading effect on other emerging markets/currencies like our own.

Personally I'm glad I converted into a console peasant with my PS4 purchase late last year, I don't think gpu prices are going to be reasonable anymore, not like they were for us anyway but with things looking bleak on the global level and high chances of INR breaching 72 against the $ by year end and what looks like an Nvidia monopoly in place, PC gaming in the mid-range is done for the foreseeable future.
No one's going to risk it with used gpu's after the mining craze and going by the reports of unsold Nvidia gpu's and zero launches from AMD this year, expect a 1050/1060 rebadging with minuscule discounts or a $300 Pascal refresh.

Veteran
@psyph3r you can also re-sell your console games after finishing them and if they are popular games you are guaranteed buyers. Can't same the same for PC games. As for me I have n3DS and Switch on my mind. I totally agree with you on the PC gaming situation. Monopoly is always bad for consumers.
You must log in or register to reply here.
Share:
Facebook Twitter Reddit Pinterest Tumblr WhatsApp Email Share Link