Disciple
I thought I'd share something nice that happened with them recently, which I didn't expect.

As a disclaimer, I don't know anyone at PrimeABGB, not by email or name or online alias. I have no clue who owns it or runs it, I don't know who their staff is. All I remember of them is a few photos that I saw on Google about six years ago when I first heard of them online. So to be clear, no one asked me to post this nor do I gain anything by posting my experience. PrimeABGB did once sent me a generic email to post a review on google about a previous order, I deleted that email without posting the review – Google reviews are very useful to me, but it's a personal (privacy related) decision that I don't contribute to them.

My current order history with them is pretty sparse (just two case fans/accessories in 2019) since they changed their website backend a few years ago. Before the change, I had maybe about 50k in various orders, mostly clearance items like anodized thumbscrews and thermalright heatsinks. These orders aren't visible in my order history so it's likely they don't have access to this information either and whoever processed my order probably did not know of them. I'm mentioning this to make it clear that I'm not a big spender nor is there any reason for me to be well known to them to get preferential treatment. Either way, an order history of 50k is hardly anything these days when people are commissioning 1500k desktops.

I placed the order on a Friday, and I had it on Monday. This was a nice surprise, but not entirely unexpected given other people's experiences.

A few weeks later I needed another kit, and repurchased the same kit at the same price, also on a Friday. But the next day, the kit went out of stock. I thought they might have run out of stock, so I waited. About a week later, it was back in stock but at over 26k. At this point, I expected them to cancel the order and issue a refund because of the price difference.

So I emailed them after about ten days from my order date. Apparently they just forgot about my order. After about a week of reminding and they finally shipped the other, without any comment.

When I received it, I saw it was a recent import and that the mrp had changed. The first kit had an mrp of 48k was imported last November, this one has an mrp of 58k and imported this month. Maybe it's because of increased taxes or decreased supply or something completely unrelated, I can't pinpoint why it increased. In any case the price changed, but PrimeABGB honoured the price I paid and apparently sold it at a loss to me.

That was unexpected, I've never experienced this with any retailer, online or offline. And I don't think I'd be able do the same if I was in their position, knowing how slim the margins are on computer hardware.

I had expected to have the order cancelled, and I was prepared to buy it at the new price, but they didn't mention anything about the price change and shipped the order for the original amount. Sure, the order was delayed by almost three weeks, but this wasn't a critical component, and 5k isn't exactly pocket change these days.

I thought it would be nice to share this positive experience when we're accustomed to hearing just horror stories with online purchases. I've also attached proof below.

Disciple
I find them to be pretty professional and punctual. I recently placed an order for a couple of Noctua low profile CPU coolers. I selected NEFT intentionally as I wasn't sure if they were in stock. The guy called the very next day to verify the order and shared all the NEFT details. I made the payment and they shipped the same day. I found their packaging one of the best I have seen so far for comp equipment.
T

Adept
Yeah, they are great for items that they import directly, eg. Noctua coolers. Not so great as a retailer as prices are higher than other online stores.

Skilled
They provide NEW replacement for my DDR3 Gskill RAM after 9-10 yrs of use ....

Adept
Does anyone know whether they are shipping items during lockdown. Amazon shipping computer spares but don't have item in stock.

maddy_in65 said:
Does anyone know whether they are shipping items during lockdown
Click to expand...

Best way is to call them and ask. They may have certain parts in stock but it might be in a different warehouse with no access thanks to lockdown.
T

SunnyBoi said:
Best way is to call them and ask. They may have certain parts in stock but it might be in a different warehouse with no access thanks to lockdown.
Click to expand...

When I last visited PrimeABGB about 5 years ago now, their warehouse was basically their old store and storage area further down the road compared to the Slimlim Square shop that they have now. Probably most of the listed items are still shipped from Lamington road.

The shops themselves were closed in the curfew but I suppose they can still ship using couriers. 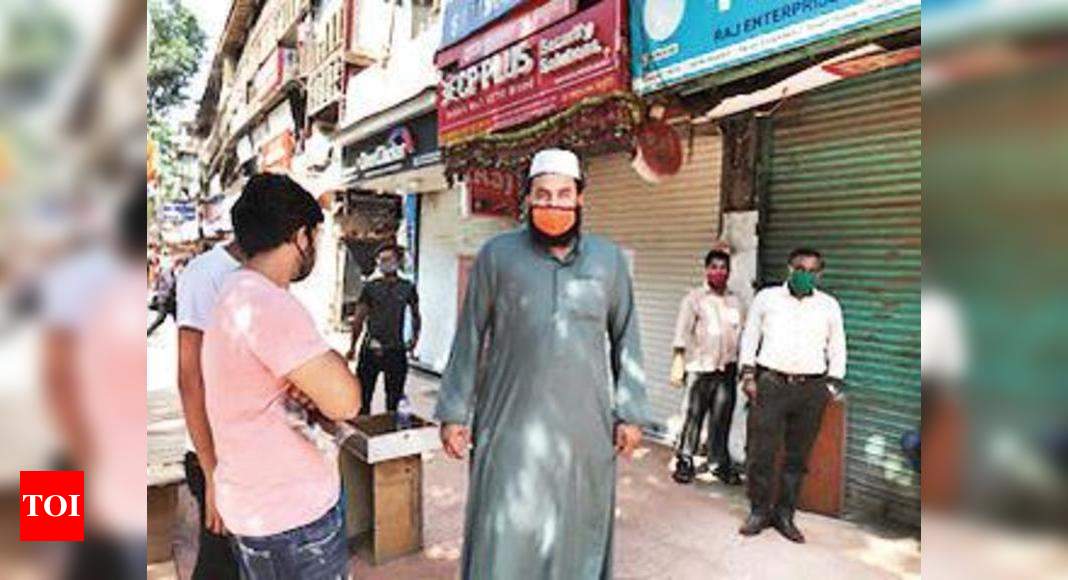 The restive traders on Lamington Road in south Mumbai confront the ultimate irony: Work-from-home booms once again with the state’s lockdown-style cur

maddy_in65 said:
Does anyone know whether they are shipping items during lockdown. Amazon shipping computer spares but don't have item in stock.
Click to expand...

@TechHead might know.
I had ordered something in December so they did deliver in Mumbai

Adept
I have tried the numbers mentioned on site but none working.

Adept
Prime are usually good in terms of having solid business standards. They are lazy with shipping sometimes and/or their shipping partners are not the best as they almost have 0 tracking, which sucks.
T

puns said:
@TechHead might know.
I had ordered something in December so they did deliver in Mumbai
Click to expand...

Yes, they are.
BUt again - I live 10 min away, so that may not be representative of your experiences with them.

Adept
They confirmed via phone that they are shipping items. I have placed an order on Wednesday and got it delivered on Friday. Excellent Service!

Disciple
Nice! I placed an order on Thursday but I'm skeptical if they're able to ship outside of Maharashtra. I should find out in a few days.

Disciple
So they are shipping outside of Maharashtra. A part of my order has been dispatched, scheduled to be delivered on Monday.