Signature Acoustics is a new brand from Pristine Note located in Navi Mumbai.

However after the initial test sample I listened to, the IEM has been tweaked further so its not a simple re-branding of some Chinese IEM which many manufacturers do nowadays.

The IEM like most IEMs are made in China but the beautiful metallic case is made in India itself.

The brass case looks nice but its weight and size makes it less useful to cart around your earphone but one can't deny it looks nice and its something very different in the ever crowded budget IEM market.

However I have been told that in the near future, the IEM will ship with a leather case which should be more functional. This too would be made in India.

The accessories list is spartan, but the metal case is something simply not available at anything close to this price point. Additional accessories for future models could include a pair of foam tips and perhaps a few more spare tips as tips are easily lost.

I found the sound changed quite a bit with different tips. These earphones sound best with thin silicon tips and didnâ€™t work as well with Sony hybrids or double flange tips.

The lightweight housings and shallow insertion lead to a comfortable listening experience. 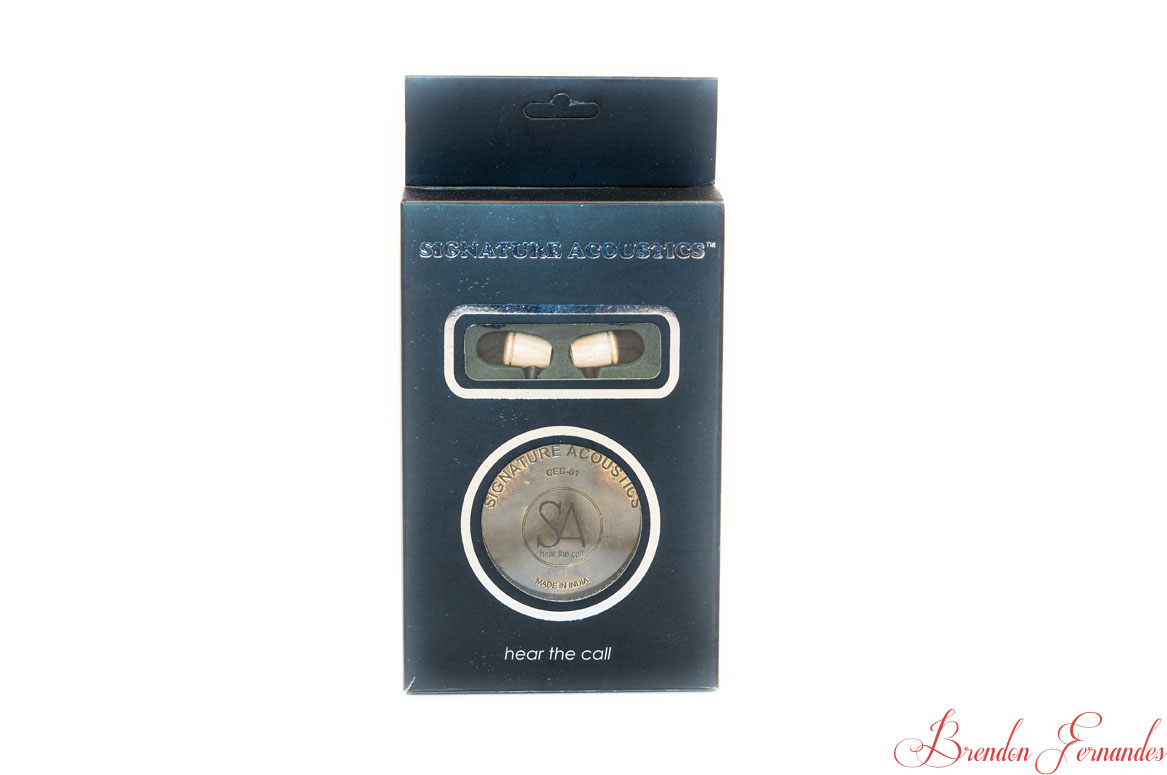 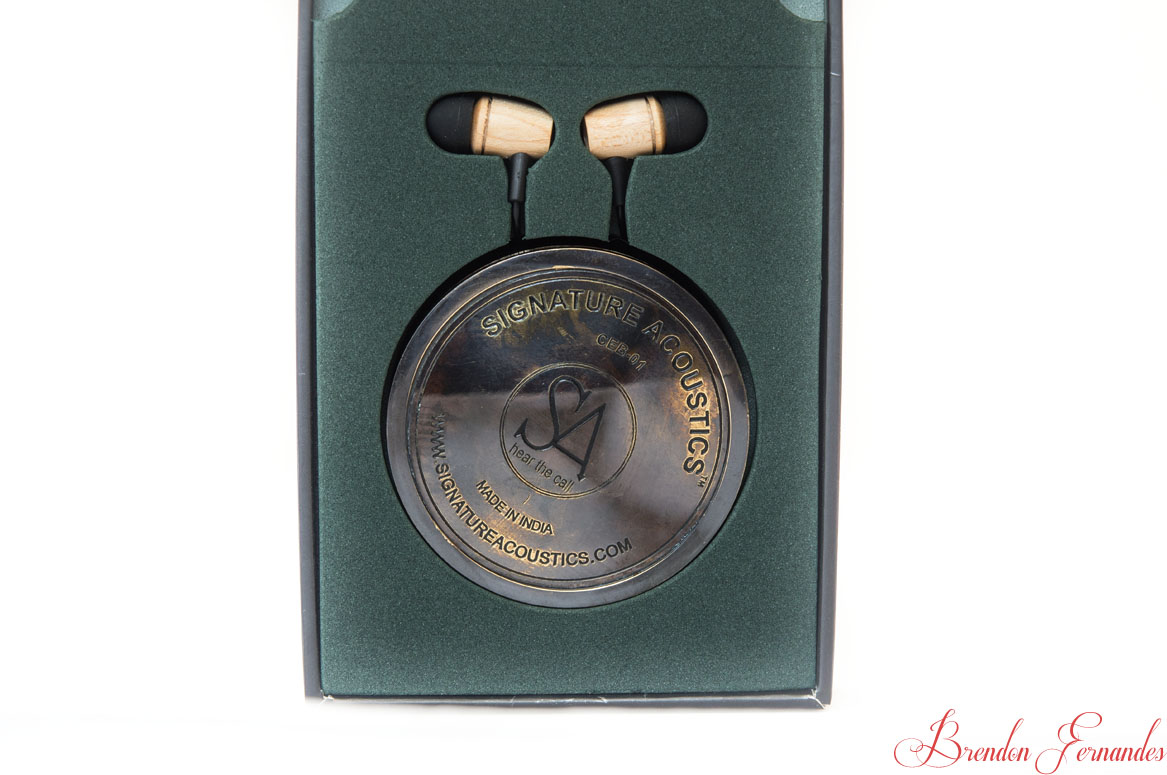 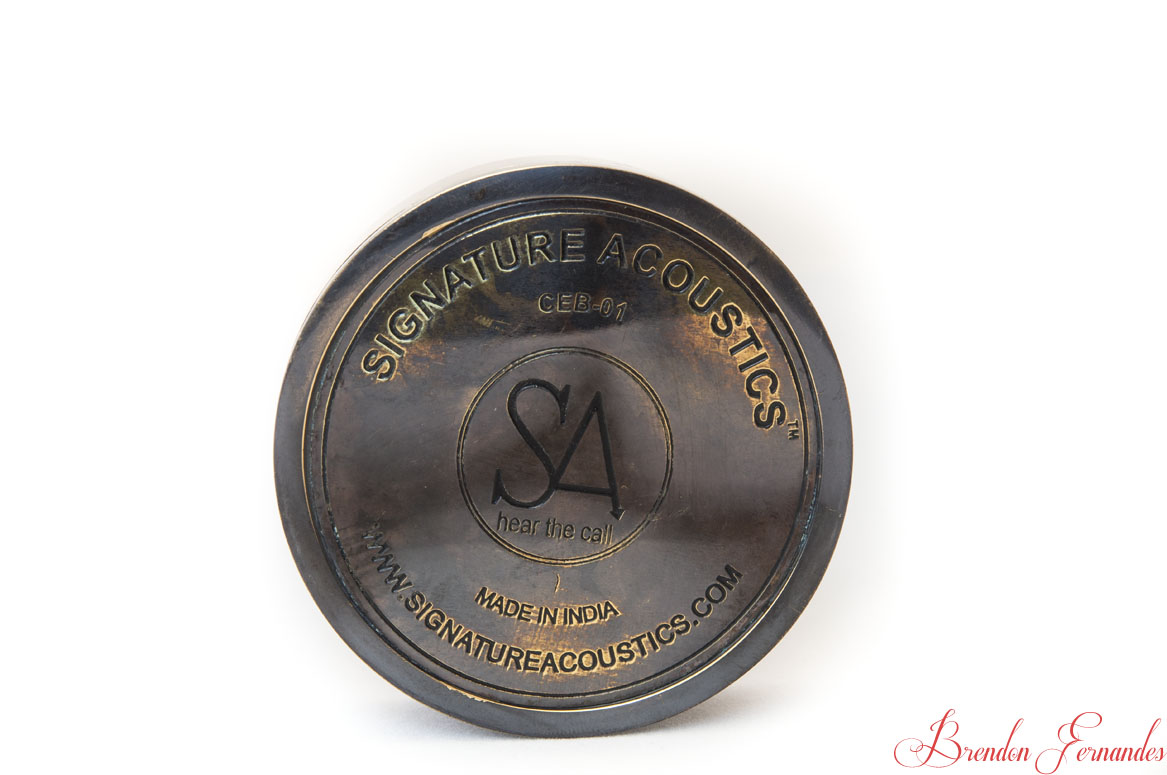 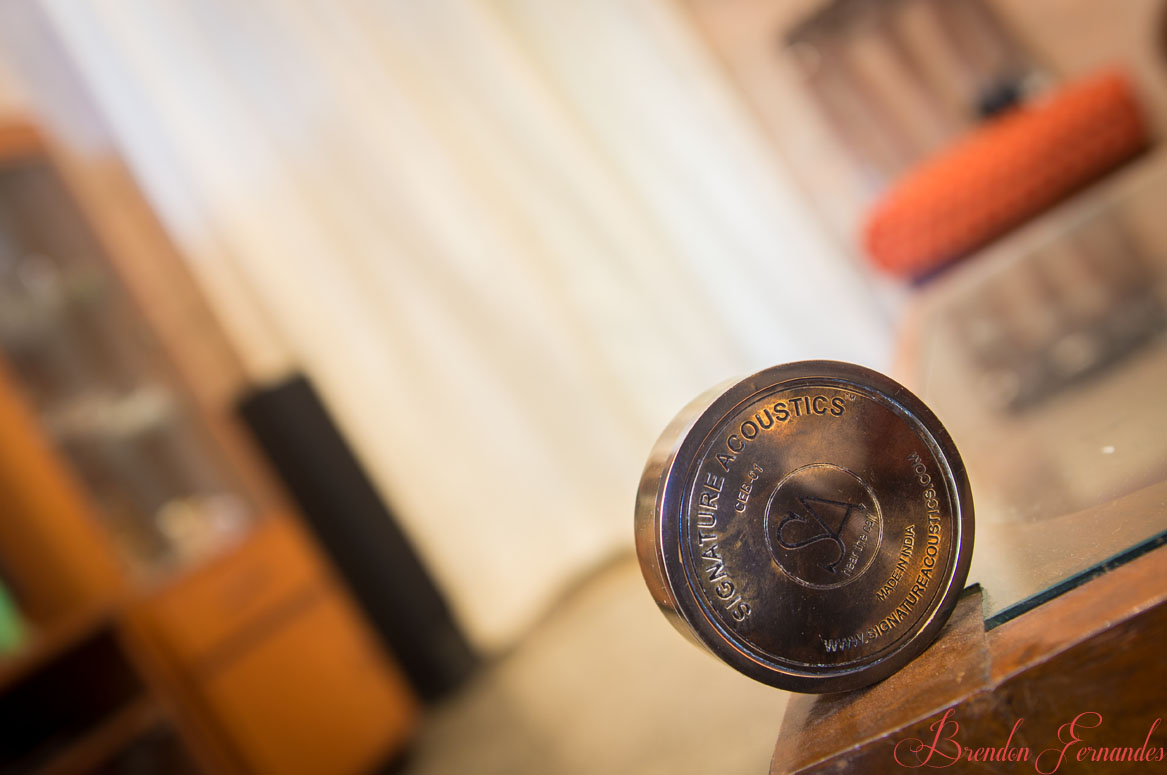 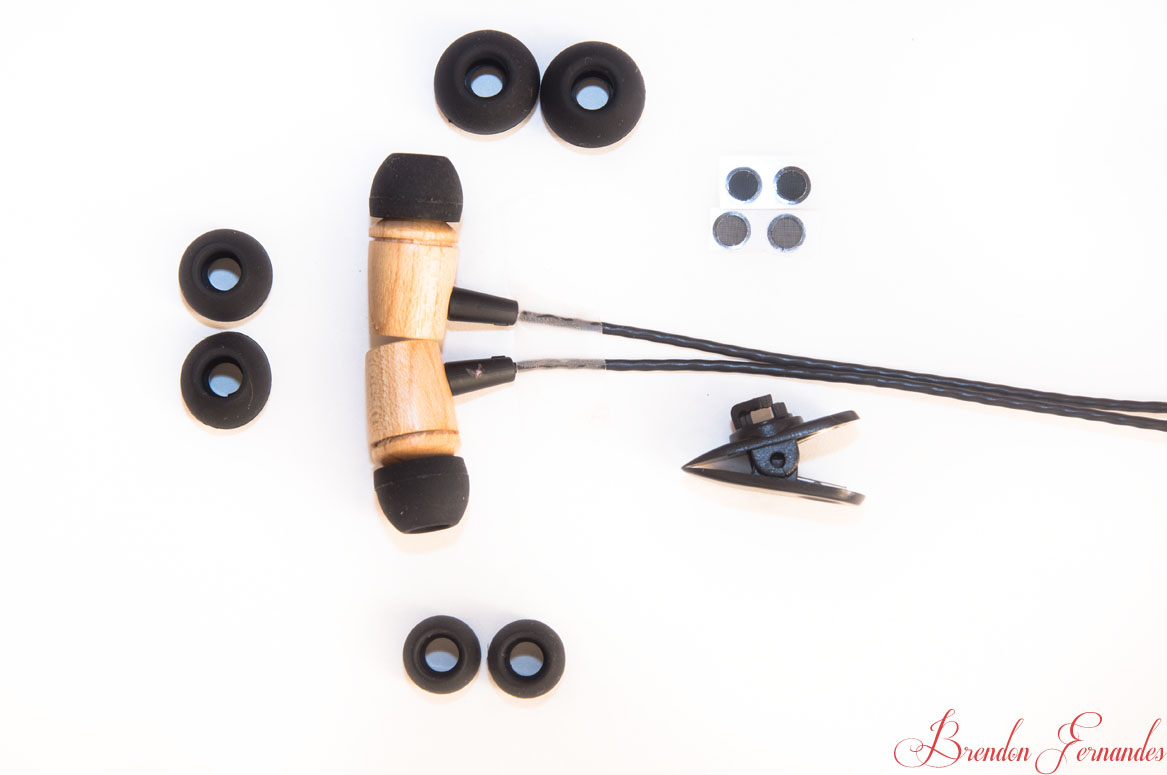 I tested the C12 with a wide variety of sources and found that these earphones are rather source-dependent. Something I have not seen for some time now. My main portable source was the Sansa Fuze, but I also tried it on my Pantech Burst phone and BlackBerry phone. On the desktop I tried it with the Fiio E10 and Music Streamer II paired with a custom EHHA headphone amp.

The sound quality on the desktop setup was a fair bit better than the portable set up which shows that the C12 can scale with better equipment though it sounds just fine on portable sources. The main focus of this IEM is undoubtedly the bass. The bass is on the heavier side of bass neutral with plenty of â€˜thumpâ€™, â€˜impactâ€™ and â€˜depthâ€™ A lot of IEMs try to portray the bass by boosting the mid bass while offering little sub bass (notes < 100 Hz). The Signature Acoustics C12 does have a slightly boosted mid bass but has plenty of sub bass as well. The bass is quite warm but a bit on the slower side which means that on complex passages it can sound a bit congested.

On the desktop setup the bass has even more impact and the speed increases as well. Mid range sounds nice with a rather warm sound. However female vocals sound a bit too nasal. It feels like all female vocalists are singing while suffering from a cold. Male vocals are portrayed very well however.

Treble is a mixed bag. On a portable device treble is lacking in my opinion. However a treble EQ can cure that in a large part. Both the Fuze and Burst have custom EQ built in to cure that but the BlackBerry doesnâ€™t have a custom EQ and so the C12 sounds a bit worse on the BB. Other than the stand out bass the other highlight is the soundstage. IEMs generally have a flaw of having a very narrow soundstage due largely to the design.However the C12 manages to convey a rather competent and wide soundstage. Without any treble EQ however the soundstage is wide and relatively deep but lacks a bit of height so the soundstage doesnâ€™t completely envelope you. However on the desktop system or after adding a bit of custom EQ I found the soundstage is really special and completely envelops you.

Imaging is ok and nothing special. Ditto for instrument separation which means that in complex fast tracks the C12 seems congested. However most warm earphones with thick notes like the C12 donâ€™t offer very good imaging. Balanced Armature IEMs are the ones to look out for when you require good imaging and instrument separation since BA notes tend to be on the thinner side, and while there are warm bassy BA earphones out there most are very expensive. So the sum up the C12 has excellent bass and soundstage with warm mids and decent treble.

So the first IEM from an Indian manufacturer offers good performance and has a few headline features like a lovely brass case, wooden housings and excellent bass. However, while the sound of the SA C12 is good the IEM market is so competitive these days that there are 100s of other earphones at this price range that are available. The C12 is priced at Rs. 2,700/- which I believe is a good enough price considering the build, sound quality and accessories provided.

Some of its locally available competitors that I have at hand to compare are the Idance X104 which has even more prominent bass, but is a rather slow paced IEM and lacks the wider soundstage that the C12 has. Detail retrieval is around the same, but the C12 is a clearly better rounded IEM.

The other IEM I have is the RHA M450i which is priced at $50 and so is priced very similarly to the C12. The RHA is a very different IEM to the C12. They are practically Ying and Yang. The RHA has thinner notes and sounds on the colder side of neutral. The RHA has a very small and intimate soundstage and lacks the impact full bass that the C12 has. That said the RHA has almost impressive imaging and instrument separation and has good detail retrieval that matches IEMs priced much higher. So in conclusion the C12 is a very competent IEM and has an easy to recommend sound as a warm sound generally works well across most genres and has few flaws that could spoil the overall listening experience and kudos to Signature Acoustics for taking the initiative to create Indiaâ€™s first IEM.
Click to expand...

Skilled
Nice review . I have been using these for quiet some time from the loaner unit I got and works pretty well for electronic music etc . Slightly lacking in treble sharpness but for the price it seems to be much more VFM than Brainwavz M2 , that I have tried.

Also my unit doesn't sound as bass heavy , though it has a good thump the warm mids seem to be the focus. Could be because these are source dependent .

Skilled
Very accurate review, i am too using it for some time now and can easily say that they are well built with warm bassy sound signature.

Skilled
@Metalspree - Yeah they are both source and tip dependent. I used them on Sony hybrids and they sounded pretty poor till I changed the tips to the normal small ones and the sound became better. Never seen such a difference in tip performance before.
Last edited by a moderator: Jun 9, 2014

Adept
How is the bass comparedd to s4?
G

Disciple
Good review @Brendon. I wish they were a bit brighter or sharper. But again, they are very good for acoustic folk and smooth jazz. The warm mids are the highlights of this pair IMHO.
Last edited by a moderator: Jun 9, 2014

ayaskant12 - I have heard the S4 only once a long time ago. So I cannot really make a comparison out of memory. If you want I am meeting a friend on Friday who has an S4. I can compare both IEMs then.

Will it be painful for long listening?
G

Disciple
Am really looking forward to own VC02 after reading Joker's review.

Skilled
ayaskant12 - No promises though ! I most likely will meet him on Friday but if it doesn't work out then I am not sure when I will ever meet him again.

Regarding comfort, the SA12 are shallow insertion and have light weight housings so they are pretty comfortable for long usage.

GreenJay - The VC02 is a different IEM altogether. Its bass neutral or bass light as far as reviews state. The SA C12 is more bass heavy. AFAIK SA are working on a more bass neutral and more neutral earphone with better treble.

Skilled
I used these for a few minutes with an LG Optimus L9 playing TATW415. I think i was impressed enough to immediately disown my existing less expensive units. A longer test and eventual purchase hopefully soon awaits.

Adept
Went ahead with Sony xb90ex

Xb90ex suits my preferences after liking the klipsch s4

Skilled
^^ Great ! Unfortunately due to traffic I didn't get time to meet my friend so I still haven't heard the S4.

@Bikey - Yeah its a good IEM but there are other good IEMs too available cheap. Will bring them along on Sunday so you can try some out.

Adept
Here are some pictures of the new hand made genuine leather case with suede leather inside , they are available in multiple colours. The C-12 will start shipping with these beautiful leather cases in the coming few days.

Also we are excited about the International launch of C-12 as we have received some very positive feedback from the prominent Head-Fi reviewers. Head-fi reviews should be online in the coming weeks. 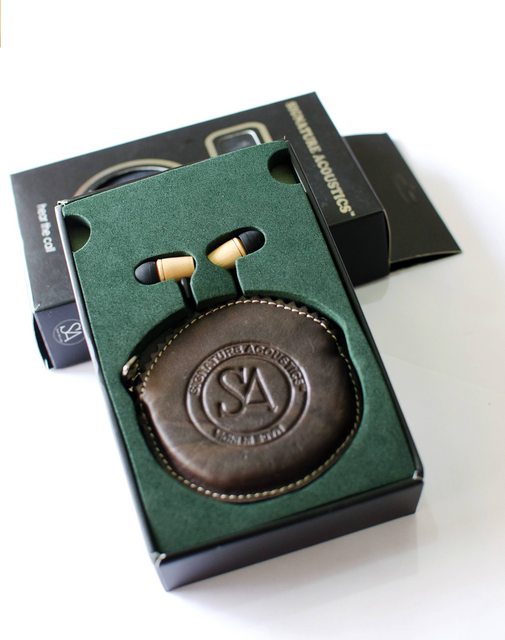 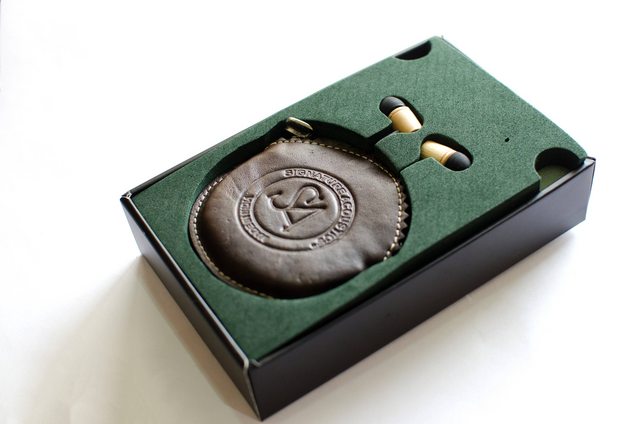 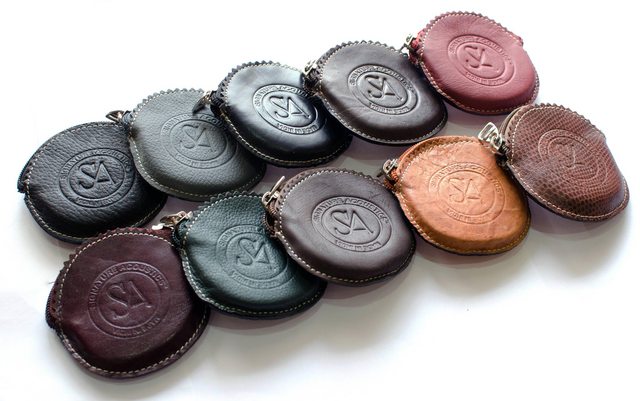 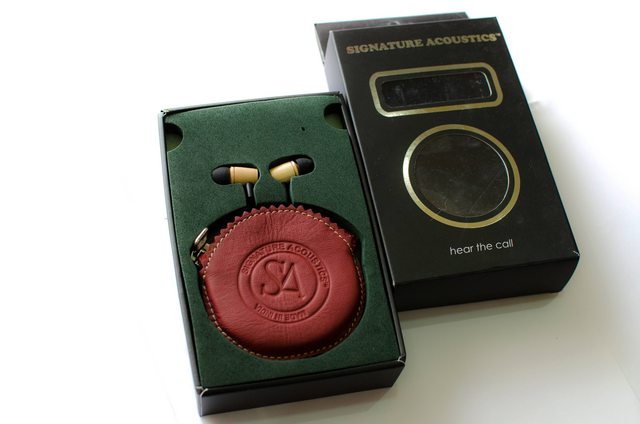 Disciple
Nice pouch, can we order these seperately, coz the bronze one can't be carried around everywhere, ya know

GreenJay said:
Nice pouch, can we order these seperately, coz the bronze one can't be carried around everywhere, ya know
Click to expand...

Soon , the leather cases will be available separately as well . Incase you have purchased a C-12 in the past you can get it for a discounted price by quoting your order no or invoice no . PM us for the same.

PristineNote said:
Soon , the leather cases will be available separately as well . Incase you have purchased a C-12 in the past you can get it for a discounted price by quoting your order no or invoice no . PM us for the same.
Click to expand...