the NEX5 and NEX3 both have a APS-C size 14mega pixel HD Exmor sensor
They both can shoot HD videos NEX3 720p and NEX5 1080i but has a magnesium alloy body.
Sony NEX-5 Preview: 1. Introduction: Digital Photography Review 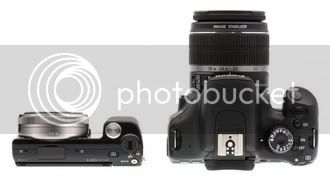 its competitors are olympus and panasonic with the micro 4/3d lens mount based cameras such as GH1 ,GF1,EPL1 etc which currently are priced on the higher side compared to the new sony NEX cameras.

as far as performance goes the below pictues speak for themself(note the image from sony is a pre production model).
http://daten-lager.net/files/file1273566574NEX5-EPL1-GF1-GH1.jpg

looks like sony have got themself a winner,considering the more expensive panasonic /olympus compact cameras with interchangeable lens sell like hot cakes.Sony with much better marketing and cheaper price should do well.
Sony will also soon be launching camcorders/Handycam with the same sensors and interchangeable lenses.

Adept
No doubt it's high ISO performance would be better than the m43 cameras due to its bigger sensor but they need to somehow miniaturise the lenses. It looks odd to have big heavy lenses (similar in size and weight to their APS-C equivalents) attached to a tiny body. Also, m43 cameras have better ergonomics and handling(the lenses balance well on the body) and more direct control buttons.

ex-Mod
yeah mind blowing! saw a review or so of it on dpreview yesterday.

Adept
Perhaps, I started my day with this news itself yesterday..

They looks really beautiful with that grainy grip..

But then, I certainly think these cams are only for those who actually dont want to grow out of P&S but want a funky looking cam which can change the lens... and they get it because they have enough money to buy them...

Firstly they shout for "interchangeable lens camera" and after a month or two settles with a 18-200mm lenses so they dont need to change the lens...

Adept
wait for Dpayne to post back with his excitement ,hes buying this 4 sure , so expect a review from him soon

Morphing from a Geek to a Nerd

But the lens on tht small body looks a bit unbalanced...
A

Just saw them in a photography magazine , got interested , looked over some videos ... am getting excited . so before i totally addicted and this becomes a must have for me in next 6 months , what is the buzz on these cameras?
are they as good as they advterise?

ex-Mod
^^ they seem nice, but I am unsure on the grip. The performance is commendable for its compact size.

Although the lens range will be fairly limited.
A


kippu said:
Just saw them in a photography magazine , got interested , looked over some videos ... am getting excited . so before i totally addicted and this becomes a must have for me in next 6 months , what is the buzz on these cameras?
are they as good as they advterise?
Click to expand...

Well lots of buzz in camera forums all around the world, most if not all the reviews i have read thus far have been positive,even some canon FF DSLR owners are considering them.Sony is also using the same lens mount for their new upcoming camcorders with interchangeable lens with similar APS sized sensor,so they are going to firmly be behind it,latter on we will see lenses from carl ziess and sony G lens.
Their is also rumored that their will be a beefed up version called NEX7 latter this year around PMA
K

Veteran
perfect ....now all i have to do is drool at it for another 4-5 months
A

Veteran
speaking of buzz it made it to The New York Times State of the Art - Sony?s Entry in the Big Sensor-Small Camera Race - NYTimes.com

Veteran
some shots from the camera 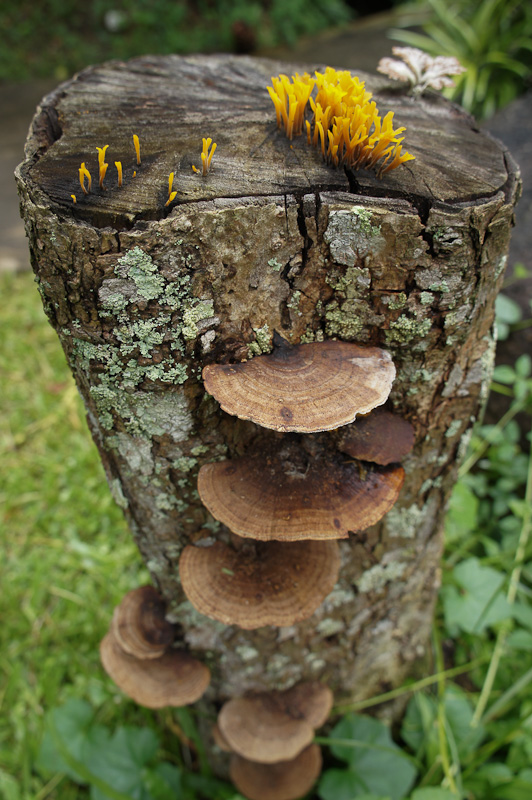 Nice HDR capabilty.The camera takes 3 shots gives 1 with HDR and the other without HDR. one can also choose the HDR steps from 1 to 6. 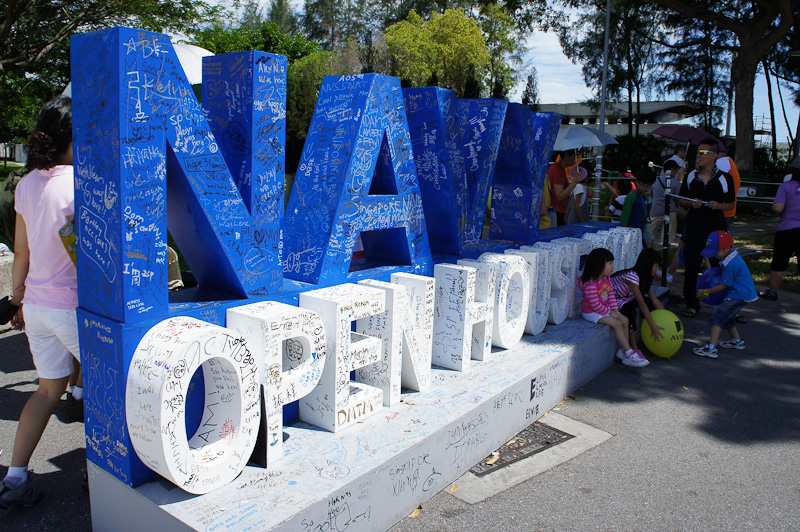 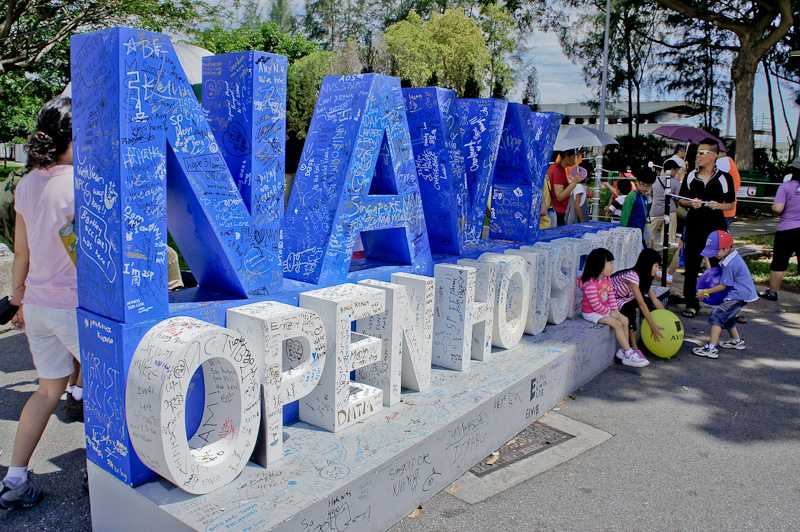 Veteran
Sony NEX cameras are one of the top selling cameras in japan and briefly for a few days at no1 spot.With impressive APS-C sensor, canikon biased dpreview rates the NEX ahead of the class leading eos550d in raw image quality.

Veteran
I have been following this camera for a while .
DPreviews conclusions and list of cons have been heavily debated in Dpreview forums,DPR being accused of bias towards canon and anti sony bias with the editors in some cases responding rather unprofessionally,in cases where they can't reply they seem to just lock the threads
(some of the reasons or rather conspiracy theories in the forums are that the fact DPR didn't get a production sample while others sites got one before dpr,which DPR mentioned in their previews and the editors replying in forums saying that have at times have hard times with all companies not just sony . 2nd The way sony treated DPreview in the past.3rd Something to do with amazon control over dpreview )

but some of the points made in the forums was in the performance of the camera where DPreview says it takes 2.5 sec from shot to shot,where as the videos posted in the net says otherwise SONY NEX5

EDIT dpreview has updated their performance scores after they found that the camera they had a older firmware.The shot to shot time is around .60 sec if one turns of the review screen,which is on par with other EVIL cameras.
the start up time is also changed now at 1.2 sec faster then the EPL1.
A

Veteran
Update
With new firmware v3 Sony address many of the criticism it got for the UI from demanding shooters and reviews sites like DPreview.It adds shortcuts via programmable buttons ,it also adds auto focus to Sony SAL/SSM lenses and aperture control in video.

Further more Sony is releasing the E-mount specification to other lens/adaptor makers for FREE.
The head of Sony image division said to imagingresource.com that Sony proactively supports the development of third-party lenses and adaptors for the E-mount. "Sony would release full engineering specifications for the E-mount to third party adapter makers; a pretty unusual stance in an industry where manufacturers tend to jealously guard such information."

With this move we will see more third party lenses with auto focus from tamron,sigma etc and possibilities of adaptor that may work with lenses that have build focus motors.
One can already use hundreds of lenses from most manufactures via adaptors that costs as low $40 .lenses from canon,nikon,pentax,olympus,Samyang,SLR maginc,Leica,tokino etc but have to make do with manual controls,

More Sony and Zeiss lenses will also be launched. 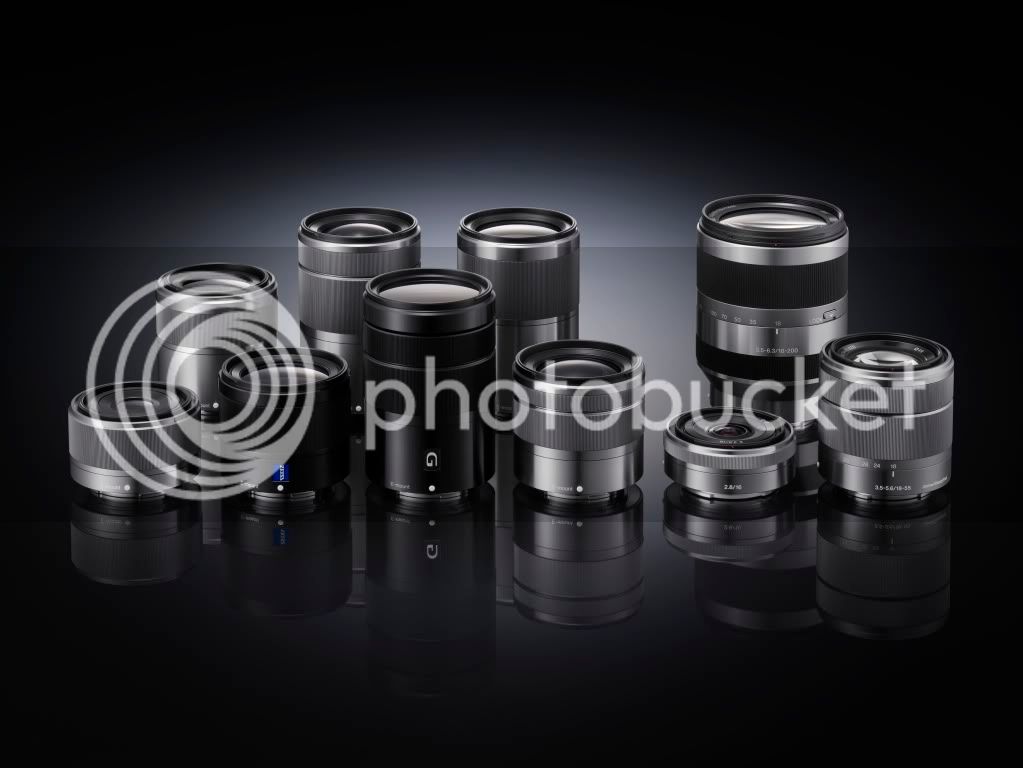 Due to Short sensor flange distance and cheap adaptors ,one can know get to use good old lenses dating backing to the 50s.
Here are some amazing shots using a old Nikon lens with a NEX-3 The Sony Nex found its Master / Nikon AF 60/2.8D - Shooters.

more images in the same blog with different lenses here is one with leica Sony Nex and Leica M-Summarit 35/2.5 - Shooters..
A

ex-Mod
the price does not seem to include the lens i think. and for some reason its mentioned as a compact camera. seems costly if lens is not included.
A

6pack said:
the price does not seem to include the lens i think. and for some reason its mentioned as a compact camera. seems costly if lens is not included.
Click to expand...