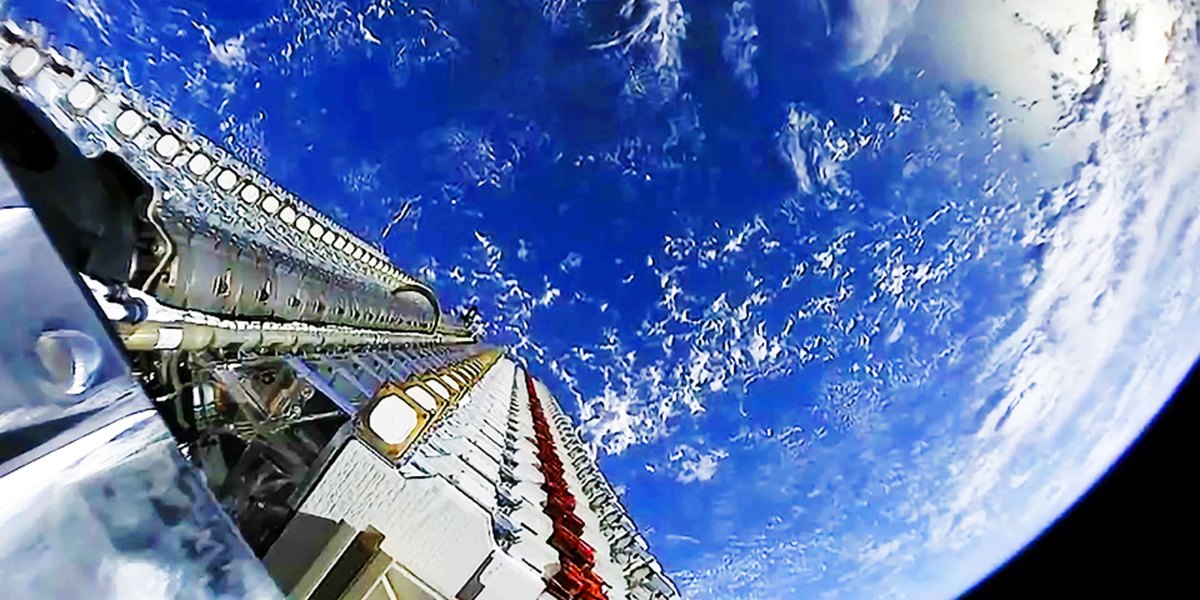 New research shows Elon Musk’s broadband network could be tweaked to work as an alternative to GPS.

So SpaceX decides to launch another 60 starlink satellites and it did last night. I'd been very excited about this even before I knew Space X or Elon Musk. But now that it is finally happening, I can't help but wonder about the side effects, especially in relation to the recent affairs in terms of data security etc. We are blocking Huawei's 5G infrastructture but how reliable is internet provided by a US company that may be coerced into offering governmental backdoors like Microsoft or Google does? I do believe that there is reason to suspect these companies, especially in light of what's been outed on Wikileaks. But data security isn't the only issue of contention here. It's also the fact that these satellites disrupt astronomers' view of outer space. And It also pollutes the lower orbits with tremendous number of satellites and it can get hairy real soon. What are your thoughts on this?

Disciple
The biggest negative impact due to Starlink has been for space observatories. If one day an asteroid hits earth which you'll probably not know since you'll already be dead, remember that it was because of Elon Musk and his Starlink. Everything in the US has a backdoor by law (Citation needed), probably the shittiest place to be when it comes to freedom, ironic as it's known as 'Land of the free'. I have heard from people working in the companies you named, Microsoft is the lesser evil when comparing with Google, however Facebook takes the throne for being evil. I have no technical knowledge about what could be the side effects of Starlink but I'll take a shot at saying the negatives outweigh the positive things that Starlink will bring.
A

Disciple
I think the biggest negative impact of this project will be the space debris and there is a lot of satellites .when these satellites will expire will pollute the lower earth orbit and this is the matter of concern.

Skilled
To use starlink, you need a special device at your end. however I wonder how other nations are feeling about other coutry's private company satellites floating above on their airspace when it can disrupt astronomy readings. Satellite I get it, its far above air space and doesnt affect astronomy much but these starlink satellites are much nearer to earth
Share:
Facebook Twitter Reddit Pinterest Tumblr WhatsApp Email Share Link
Top