Just started this thread for those of you who like Indie titles.

Please feel free to post indie game news, reviews and your personal views on everything Indie game related in here.

Will start off with an indie game called Gunpoint.

Overview of the game by the Developer himself -

ex-Mod
I am really sad no one played Papo & Yo yet. We had a dedicated thread but it did not garner much response. It is an awesome indie game and a must-play! Please try it.

Some of the reviews were a bit harsh on the game but a more recent one from Bit-Tech UK perfectly reflects my views on it. I think it is high time a critic shares his views with a fellow critic before publishing it online. When someone like IGN slaps a 4 out of 10 for a game like this, they need to realise that it is affecting the developer very badly! This is an indie game developed by maybe one guy or a handful of them and not a multi-billion dollar industry and they need our support and encouragement. Not sad reviews like this.

Regardless of the subject matter, Papo & Yo is genuinely fun to play, offers a sense of charm that compliments the severity of dark themes rather than feels like a disparate separate portion. It's short, but itâ€™s put together in a way where it establishes everything that it needs to get across and then leaves. Itâ€™s introducing new mechanics up until the ending and constantly making you think. Itâ€™s an unmissable example of what gaming can achieve and itâ€™s available at a price thatâ€™s insultingly cheap. The Xbox 360 version, which we haven't played, apparently offers somewhat crude visuals and has issues with framerates, as well as suffering from a few bugs, so make sure to pick up the PC version.
Click to expand...

Adept
Limbo is one of the best indie games I have played....

Veteran
I had never heard of "Papo & Yo" until you posted about it here Gannu. Missed it in your initial thread. Will definitely buy it at some point.

ATM, I have such a huge backlog of games (150+) its not even funny. There are games I have bought on Steam 5 YEARS ago that I still have not played even once.

@imkaush
Limbo is one of my fav indie games of all time.

BTW, that reminds me, those of you who do read this thread, please do list your top 5 indie games of all time. That would be very informative...
Last edited by a moderator: Jun 9, 2014

The quality of Indie titles have advanced by leaps and bound in the last 2-3 years. Some of them are more enjoyable than their full priced AAA counterparts.

ex-Mod
There are plenty of awesome indie titles. Listing top five would be a bit hard!

Don't know about the other games in the bundle but I personally really enjoyed Necrovision (& Lost Company) when I played it a while back. Underrated game IMO and even alone, well worth the $6 asking price for the bundle. Bundle is LIVE for the next 2 days and 18 hours in case anyone is interested...

ex-Mod
Thought long and hard before making this a "Sticky"

Adept
World of Goo tops the list for me, seconded by Limbo and thirded by Bastion.
R

Look at it this way - by doing so, you have made life EASIER for those who don't enjoy these sort of games. Now they can avoid clutter emanating from them by simply skipping one thread!

In any case, thanks for the support from Gannu as well as from you for making it a sticky... [DOUBLEPOST=1373012607][/DOUBLEPOST]I have most of the games you guys mentioned above apart from maybe 1 or 2.

One older indie I enjoy even today (but which might not be everyone's cuppa) is Osmos. For some reason, I find it very relaxing. Have a look -


Currently playing another old indie called "And Yet It Moves". Quite enjoying it. Here's a peek -

ex-Mod
@Rickyk - Guess what! Bit-Tech reviewed Gunpoint! This is what they had to say:

Gunpointâ€™s an honest early Game Of The Year contender. Youâ€™ll have more fun in this small downloadable release than a high percentage of larger releases. Itâ€™s a classically styled game that allows the player options and allows them to consider their own solutions without much handholding. Itâ€™s wrapped in a great plot and even better dialogue. Donâ€™t skip this.
Click to expand...


That's a good thing. Puzzles in some of the titles are nerve-wrackingly hard!

Well call it FATE or whatever - just bought Papo & Yo.

The standard version (without Soundtrack) is for $4.08 (after use of above listed discount code).

The game activates on Steam.

Wish they had offered a GOG/GMG/GG version as well because I don't like Steam anymore for personal reasons...
Last edited by a moderator: Jun 9, 2014
R

About the game -
Kentucky Route Zero is a magical realist adventure game about a secret highway in the caves beneath Kentucky, and the mysterious folks who travel it. Gameplay is inspired by point-and-click adventure games (like the classic Monkey Island or King's Quest series, or more recently Telltale's Walking Dead series), but focused on characterization, atmosphere and storytelling rather than clever puzzles or challenges of skill.

Would be nice if you could give some feedback (pro's/cons) once you've finished the game...

ex-Mod
This is going to be the most heartbreaking title I would ever play.

That Dragon, Cancer is an adventure game that acts as a living painting; a poem; an interactive retelling of Ryan and Amy Greenâ€™s experience raising their son Joel, a 4-year-old currently fighting his third year of terminal cancer. Players relive memories, share heartache, and discover the overwhelming hope that can be found in the face of death.
Click to expand... 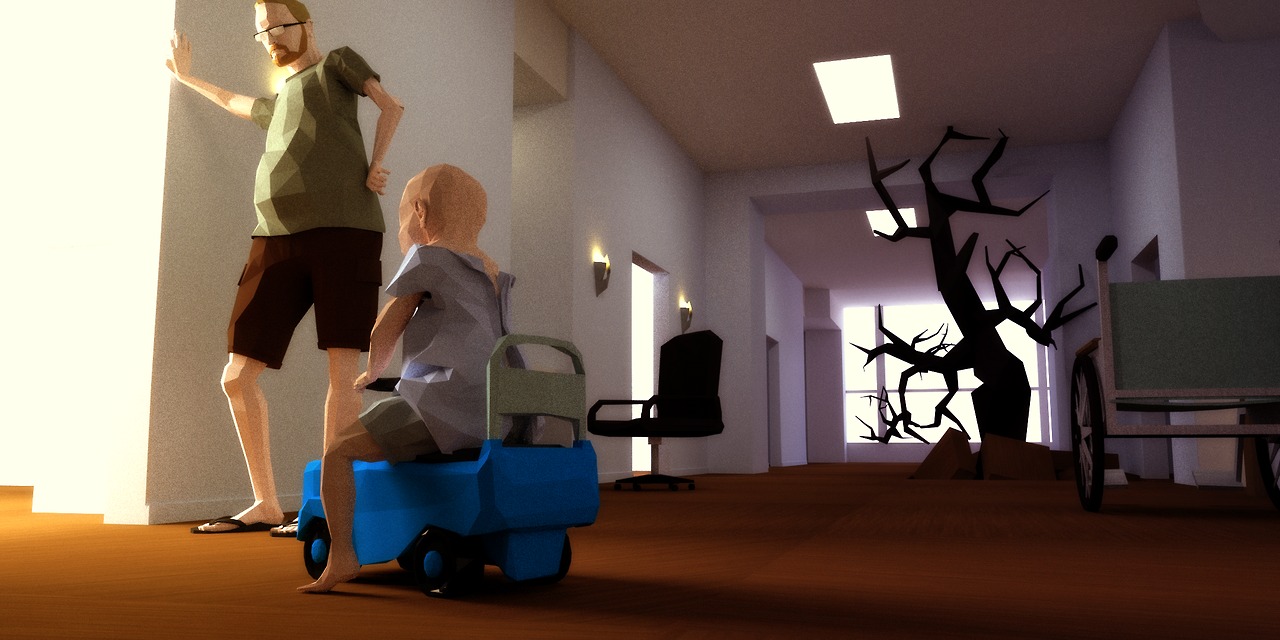 This point-and-click adventure title is based on the true-life story of the developer's three year old son who is battling against cancer. Set largely in a childrenâ€™s hospital, the title is an â€œinteractive retellingâ€ of Joelâ€™s third year as cancer patient, and the struggle he and his parents had to endure.


The developer and his son who's battling cancer: 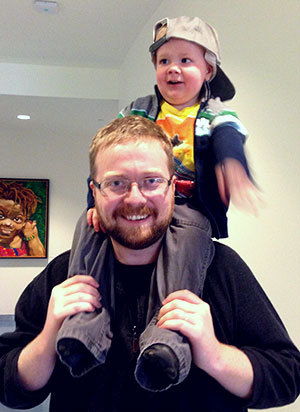 Oh man, I am completely at a loss for words right now.
R

Veteran
A couple of years ago, I lost my nephew to Cancer at age 5. So I do know, first hand, whats involved.

Cancer is horrible not just for the person who gets the disease but for all their loved ones as well. Its VERY depressing to see someone you care for struggle with Cancer. And all the while, you have to keep a "happy face" in front of them and tell them "everything will be alright", while inside, you're desperately hanging on to the hope that by some miracle, they will pull through despite what the doctors said.

The only silver lining (if you can call it that) is that with the recent advances in radiology/medicine, earlier detection of Cancer can make a HUGE difference in survivability rates.

My mother is a Cancer survivor mainly because her Cancer was detected reasonably early. She has been symptom free for 10+ years now.

Having said all that, I seriously doubt I would ever have the courage to play this game and re-live all that depression. Will be skipping this one...

ex-Mod
Oh man, Ricky I am really sorry to hear that.

May his soul rest in peace.

I really admire cancer survivors - I mean they belong to a different breed altogether. I have met one guy who was one and man, the kind of horrors he had to endure and the way he and his family pulled through. Makes me feel pity on myself at times!
R