Patron
So I chanced upon this Sapphire R9 270X Dual-X OC from a fellow member @soulweaver here on TE. Due to logistics and laziness of my friend who picked up the card from him and was too lazy to send it to me, it was a long 6 week wait and I finally got it yesterday!

Just looking at the pictures I could see the card was pretty dirty and being me, I'd have a lot of fun giving it a good clean!

To recap, here's how the card looked 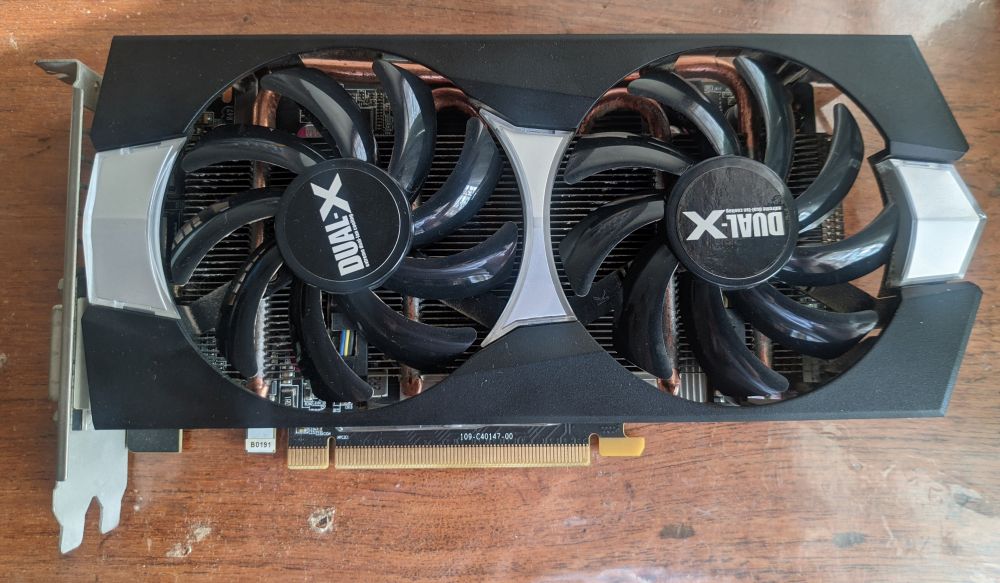 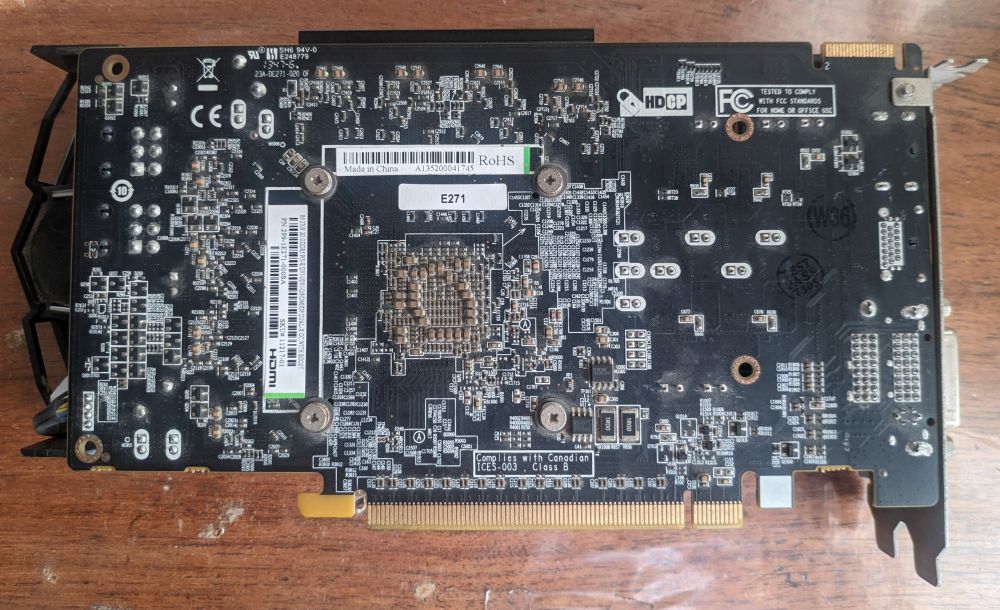 First off was the IO plate. It had become very dull. All it needed was some metal polish to bring it back to life. Here are some 50/50 shots

Very soon, both sides of the IO plate were cleaned up 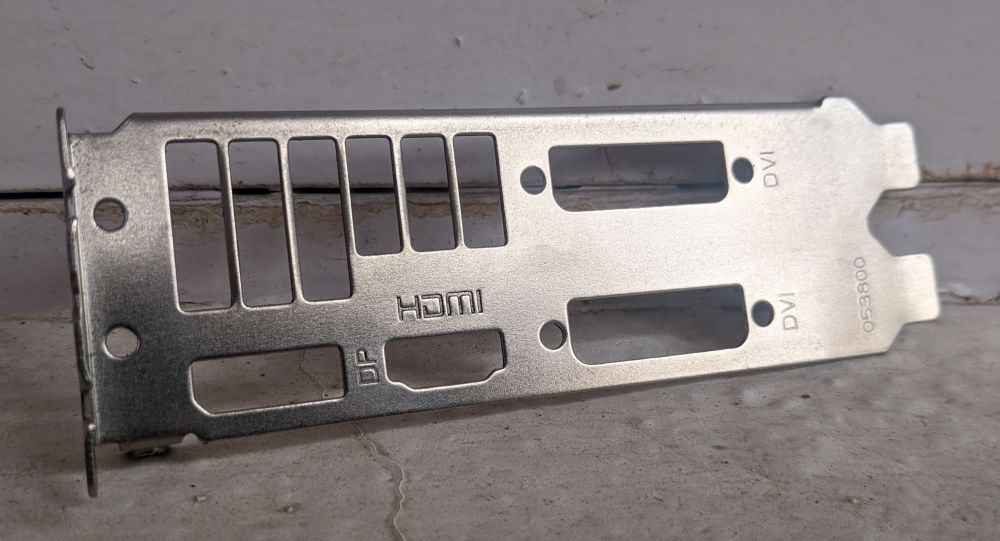 Removed the heatsink, I was surprised to find a separate small heatsink for half the RAM chips. The thermal paste had dried out and it came off crumbling. 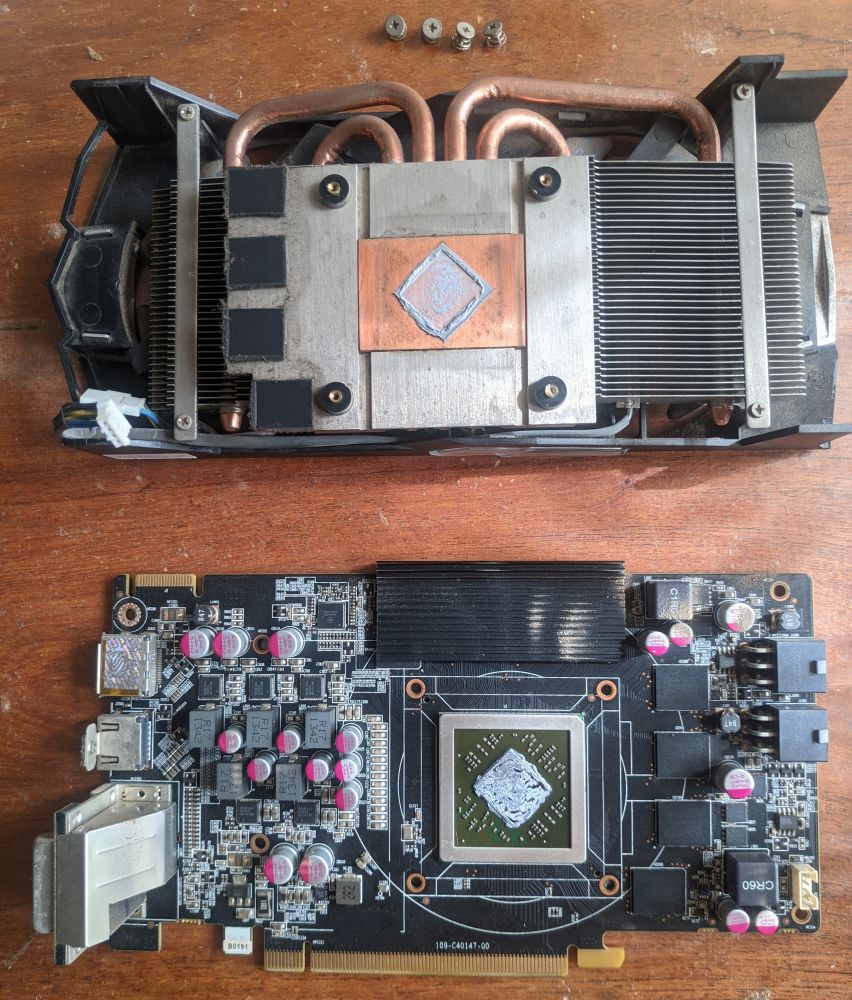 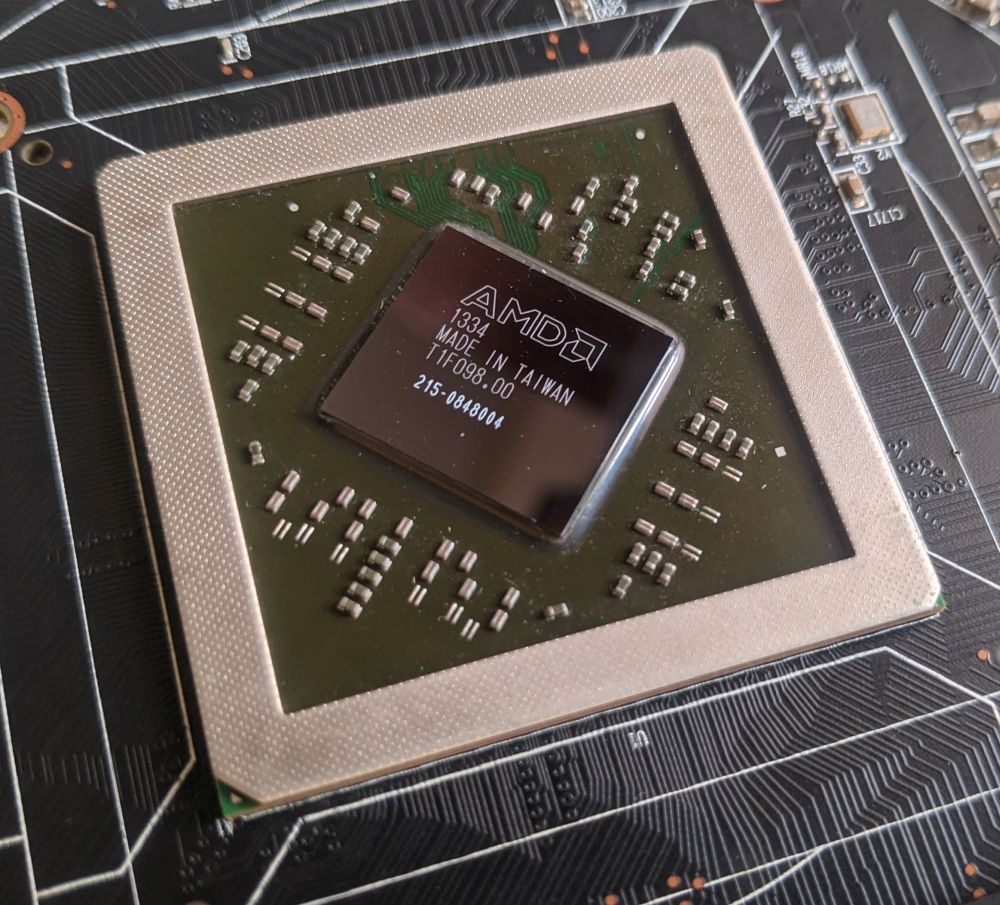 Separated the shroud from the heatsink, the dirt below the fans and the shroud itself is visible. 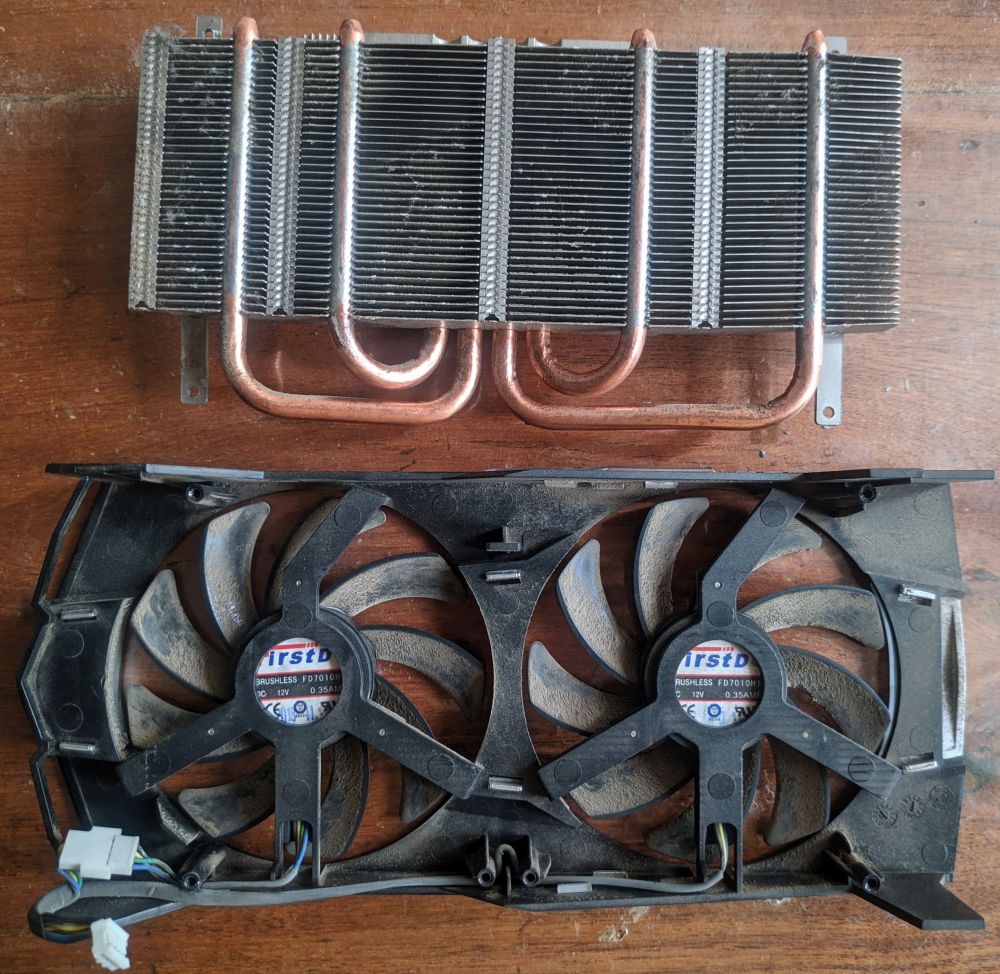 Took out the fans, gave the blades a good brush and it got out most of the dirt. Wiped the blades then with IPA to get them totally clean. I dusted off the shroud, sprayed it with some soap and gave it a good scrub with a paintbrush to get every last bit of dirt out

The heatsink itself, well it had a fair amount of dirt in it but it would be quite intensive workout for my hands to get them all clean. It looked like the fins had corrosion on them, which isn't uncommon for a 7 year old graphics card. The alternate was to chuck the whole thing in my ultrasonic cleaner! It will make sure every last bit of dirt comes out, even from places a brush can't reach! 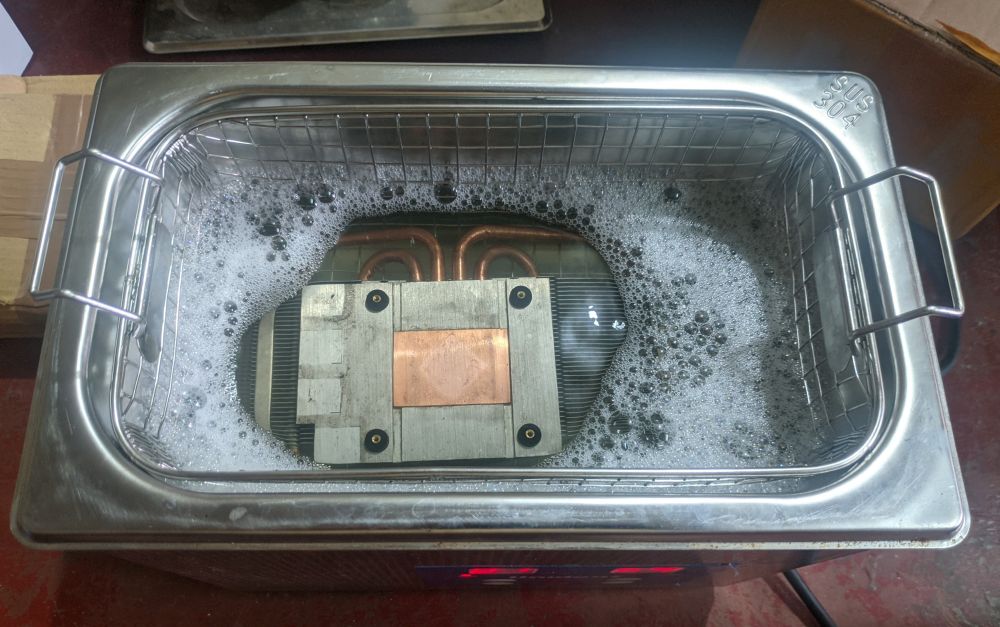 It may not look too different but it is CLEAN! The corrosion I talked about? That is just solder on the fins! Phew one less thing to worry about!

The PCB was given a dry dusting first, then cleaned again with a brush and IPA. Majority of the dust came off with the dry stage, the IPA clean just makes the PCB look better.

Every part has now been cleaned, time for assembly! 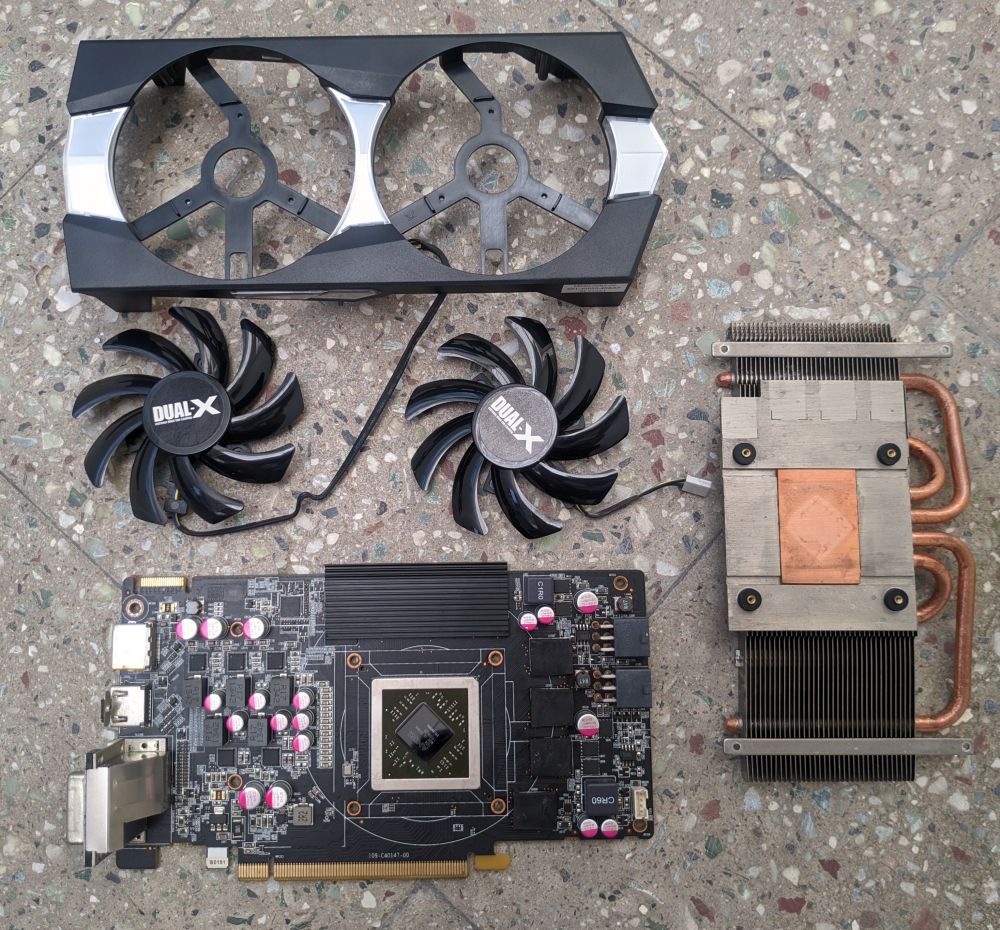 Looking at the heatsink, it had a copper base and so I decided the thermal interface for the die is going to be liquid metal. LM needs an ultra clean surface on copper with zero oxidation to stick properly. The copper base was cleaned up as well as the heatpipes. Gave the heatpipes a polish too! This is the true color of pure copper!

The screws holding the heatsink on the PCB had rusted badly. They needed a spruce up. Demel with a wool buffing attachment and metal polish did quick work of the rust and the screws are now SHINY! Here's a 50/50 - the difference is AMAZING. 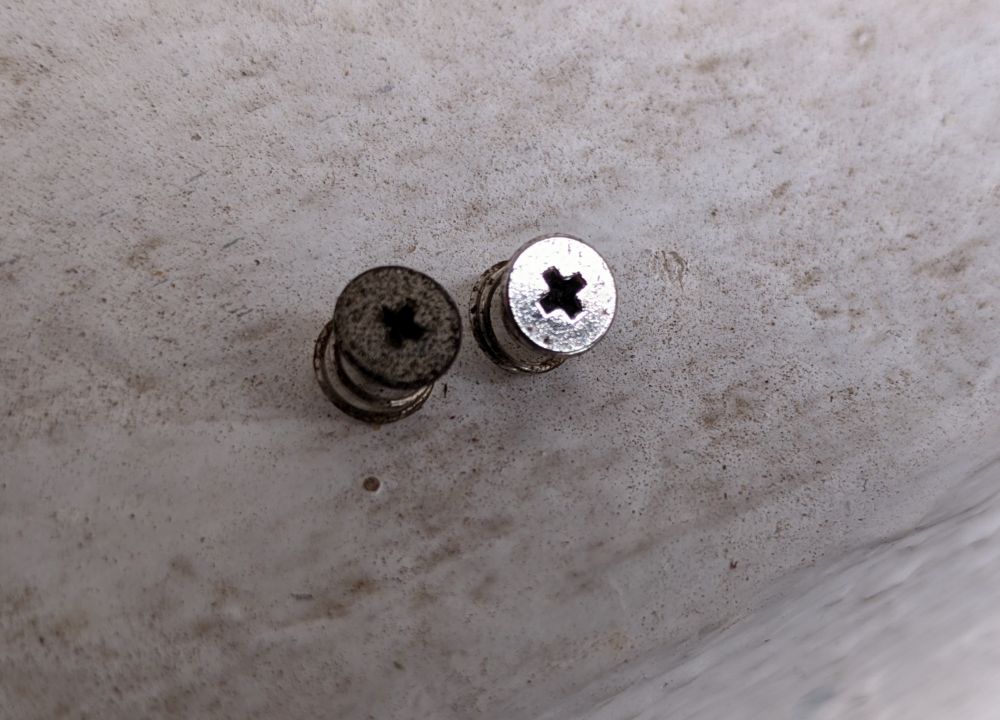 All 4 are cleaned up! 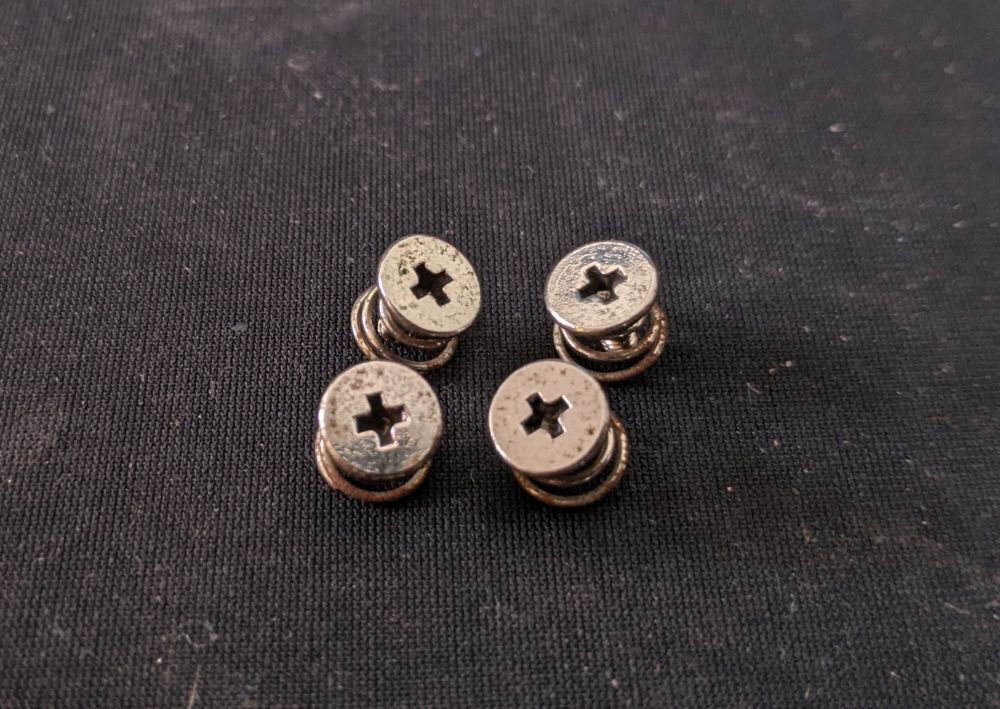 The DVI ports, shroud and HDMI port were given a spruce up, can even see the reflecion on HDMI port! IO plate was assembled, die and aluminium surrounding the copper baseplate were given a thick coating of nail polish and left to dry. 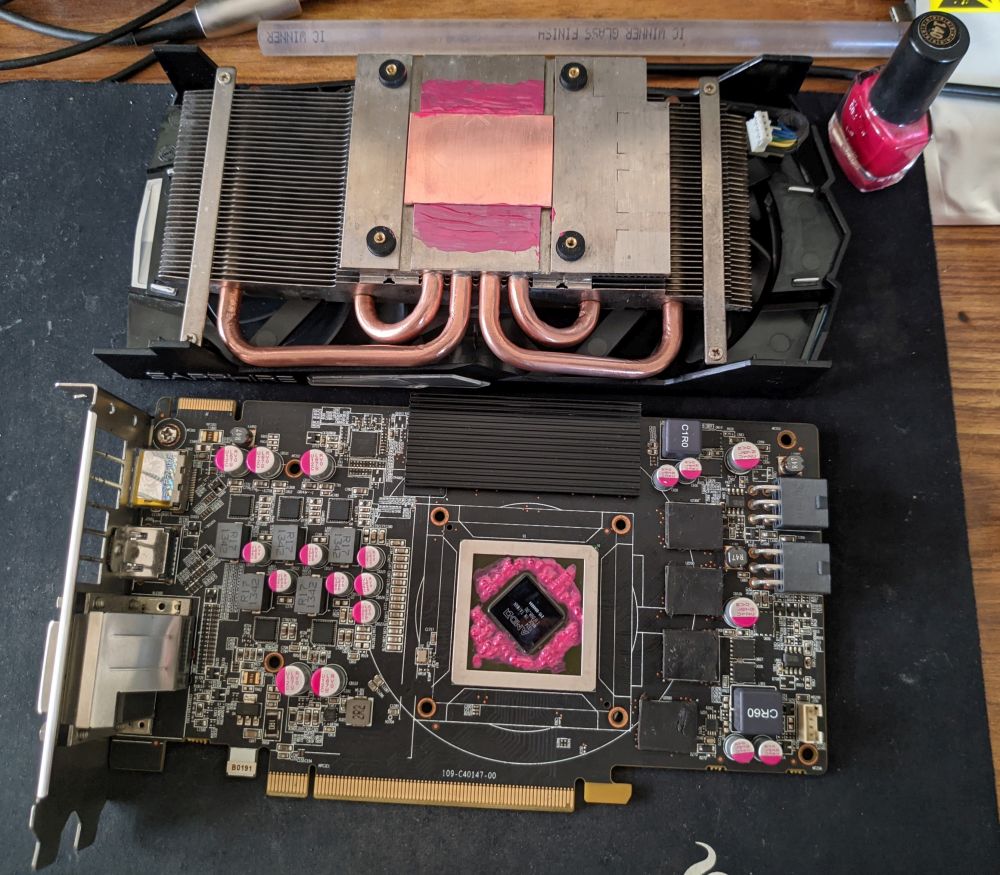 30 minutes later, time for liquid metal! A bit too much came out of the syringe but hopefully there should be no problems. Worst case scenario, the area around the die has been insulated so let's see. 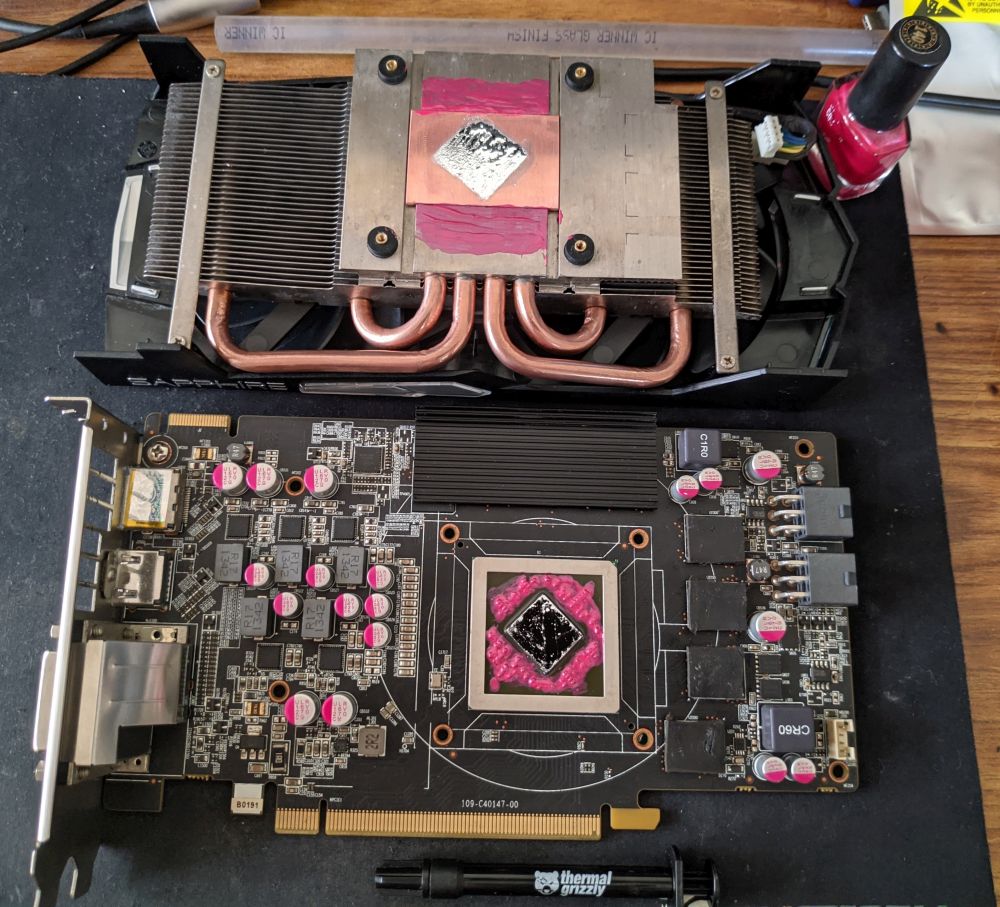 So here we are at the end! It will be a while before I put the card to use, here are the finished pics! 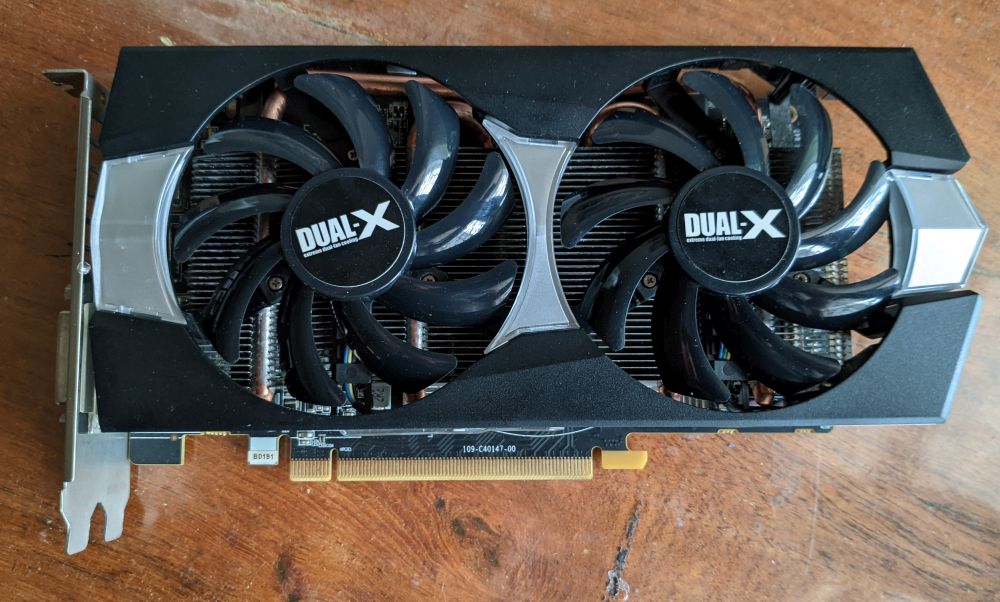 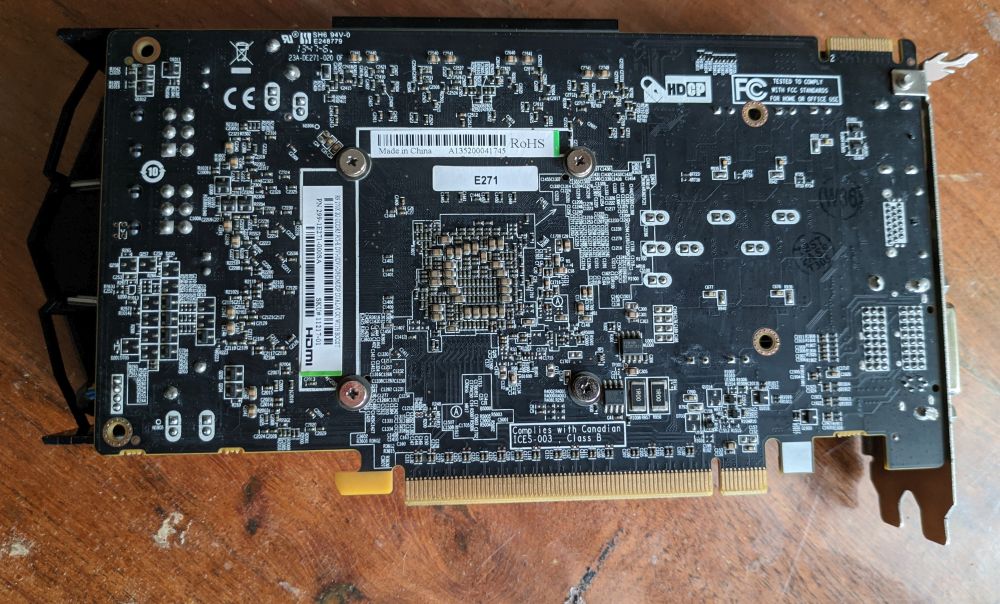 Skilled
Whats the use of nail polish here?

nRiTeCh said:
Whats the use of nail polish here?
Click to expand...

Insulation to protect the card, aluminium on the heatsink from liquid metal

Adept
It has got the attention it deserved.
Looks Great, Sending over my Gt 730 to Get glammed up!! YOLO!
N

SunnyBoi said:
Insulation to protect the card, aluminium on the heatsink from liquid metal
Click to expand...

Good tip! Did you happen to do a before and after temps by any chance?

sanjeevram said:
It has got the attention it deserved.
Looks Great, Sending over my Gt 730 to Get glammed up!! YOLO!
Click to expand...

Yeah, @SunnyBoi should start doing this as a service - GPU Glam Studio.

Disciple
Now that is some cleaning a 7 year old card deserves.
I so want to clean and re-paste a 8 month old Gigabyte GPU. But avoiding warranty is stopping me from doing that.

I also did cleaning and re-pasting of an old RX 570, which brought down the temps by 8 degrees.

@SunnyBoi Would love to see before and after temps on full load on this LM pasted GPU of yours.

nitin_g3 said:
@SunnyBoi Would love to see before and after temps on full load on this LM pasted GPU of yours.
Click to expand...

I haven't yet powered on/used the GPU anyway the most load this graphics card will have is plaing solitaire or minesweeper, temperatures are not a concern but it feels good to have a card that is as clean as it can get!

Patron
@SunnyBoi no blaming me if the card doesn't work now... I already bought land with the money you sent. If you want refunds, I can send you a few fistfuls of soil...

Patron
D-Day is here! My 6800 series graphics card is replaced with a R9 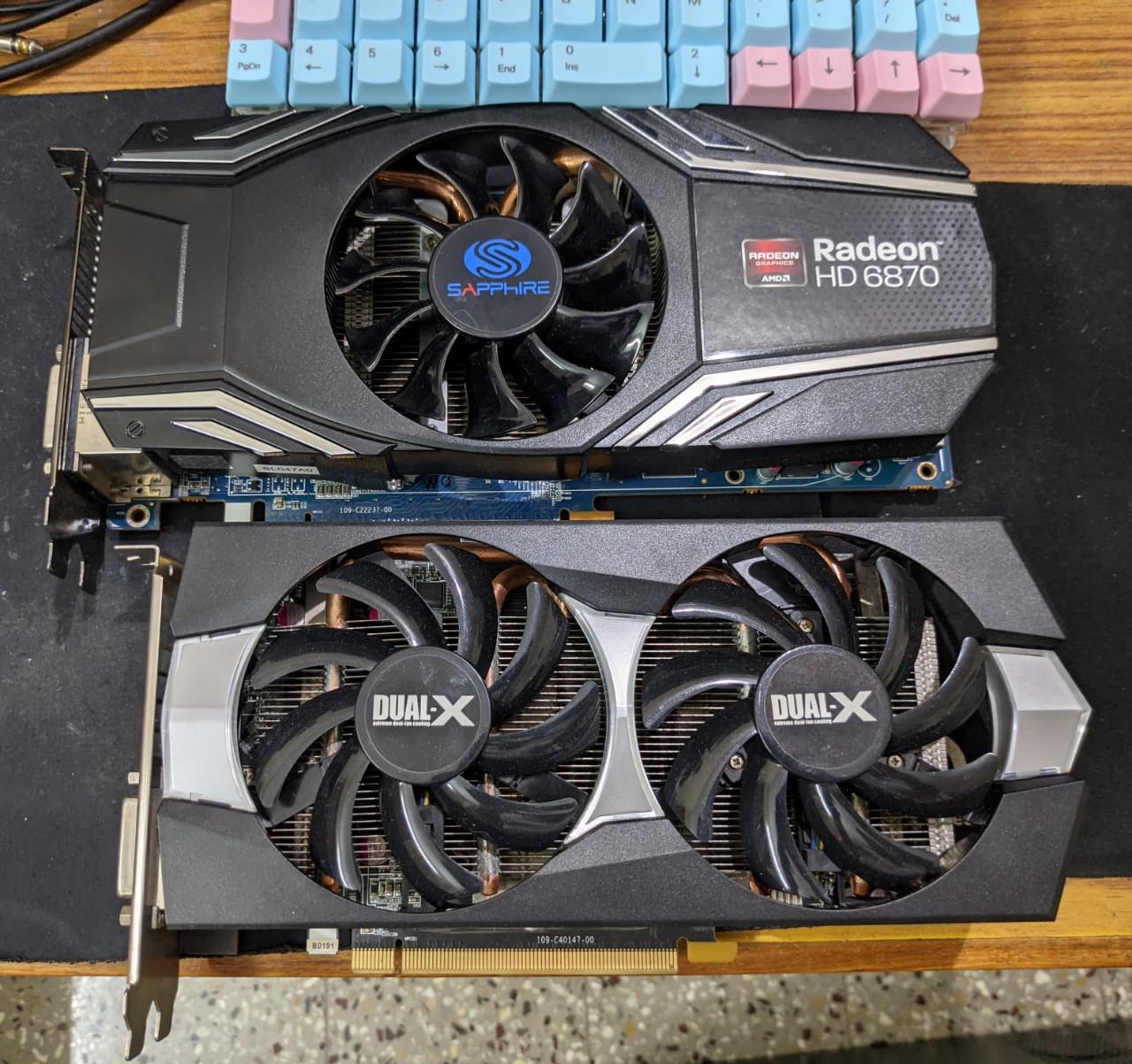 Snug in its new home

nitin_g3 said:
@SunnyBoi Would love to see before and after temps on full load on this LM pasted GPU of yours.
Click to expand...

I ran furmark for about 6 minutes, temps peaked and stayed between 74-75*. Fans werent too loud either, Its a win!

soulweaver said:
@SunnyBoi no blaming me if the card doesn't work now... I already bought land with the money you sent. If you want refunds, I can send you a few fistfuls of soil...
Click to expand...

The card is certified to be running and kicking ass

Skilled
That copper looks pretty neat for something that's years old. I think it may have some coating. The raw stuff tarnishes ready in my experience very quickly ( from my school days experience with copper coins ). Hopefully they can be laquerered or something?

greenhorn said:
That copper looks pretty neat for something that's years old. I think it may have some coating.
Click to expand...

Orange copper is already oxidised! Raw copper looks rose gold like in the later pictures. Since its built up a layer of oxide, it wont rust anymore