Veteran
Then there is the JDS party, not seen in many years

Veteran
Siddu has ideas. He wants to allow the lingayats to be a separate religion which then allows them to get minority status. Why do they want to be considered as minorities. Media is not helpful. Found this blog

I don't entirely get the motivations but what is crystal clear is Siddu if successful creates a vote bank of significant advantage in Karnataka.

He's hitting the BJP in a spot they can't fight back from.
P

Adept
What he is creating is seprate votebank in BJP stronghold and long term goal is to faciliate conversions.

Veteran
The lingayats for some reason if that article is correct fear a govt take over of their schools. They don't want any govt interference.

Depends how much people believe it[DOUBLEPOST=1521636427][/DOUBLEPOST]Finally, i saw a BJP ad

Veteran
Now we got music

Siddu's got his own choon and its catchy

Out of 65 frames only 5 with Siddu, so understated. No congress symbols, only Siddu, Kannada, Karnataka flag etc

Part that impresses is they've commissioned their own music. Better than Trump using Queens 'we are the champions'.
Last edited: Mar 24, 2018

Veteran
Didn't take long for the Coorgi's to join the queue

"We are nature worshippers and don’t follow many customs of the Hindu religion. None of our rituals involve Brahmin priests and all their scriptures are in their own language.. We also have distinct costumes and pork is our staple diet," they said in their memorandum, justifying the demand.
K

Veteran
hahaha this is crazy

Veteran
I have my own demands too..

Veteran
That is what its going to hinge on now. Those fence sitters. Congress needs to be careful not to say anything wrong either. Keep it short and sweet or better to just shut up

Amit sounds a little despondent after this Siddu Lingayat stunt. What can he do when Yeddy is also a Lingayat.[DOUBLEPOST=1522187303][/DOUBLEPOST] 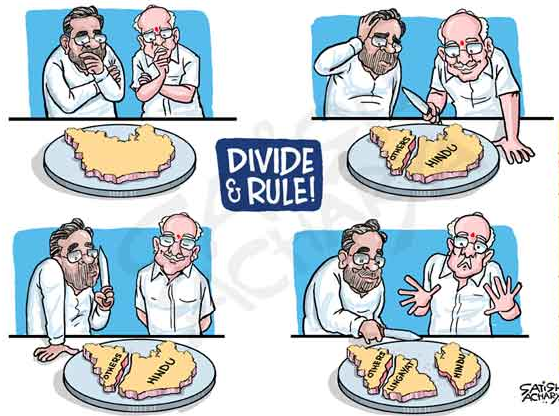 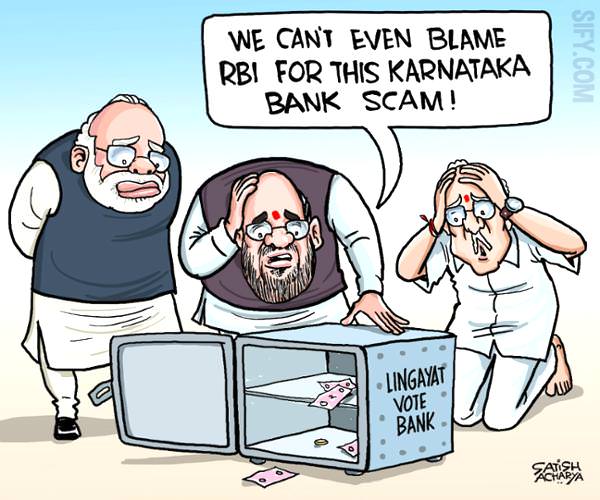 If there is 'Maan ki bbat' we have 'Kaam ki baat' 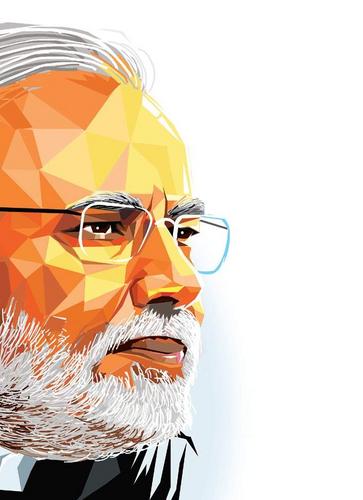 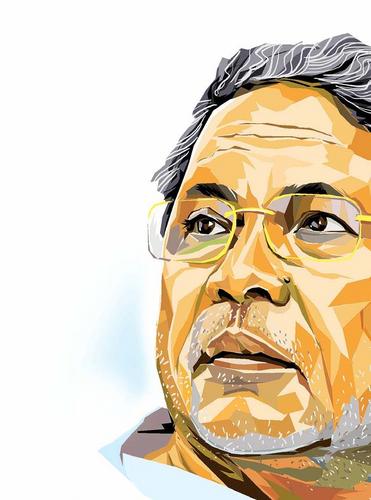 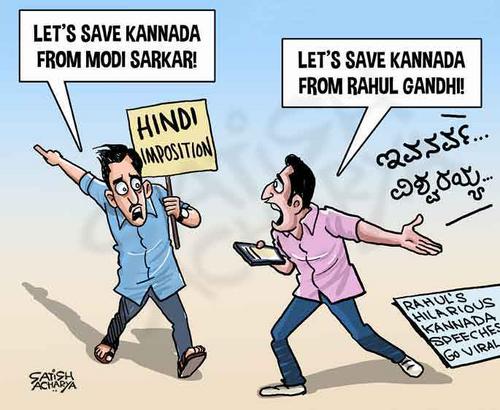 Langauge is a big deal. How many are going to understand Modi in hindi and Siddu just has to tell them Modi won't even be CM in this state. That is how Hedge beat Rajiv who had an even bigger majority than Modi to become CM a second time in Karnataka

This has nothing to do with voting for Modi in the centre, lead the state is different
Last edited: Mar 29, 2018

Veteran
Any time caste is mentioned in an election context we think of either UP or Bihar. Well caste matters in Karnataka too. Time was only two communities matter. Lingayats & Vokkaliggas, everybody else is irrelevant. So power sharing would alternate between a lingayat or vokaliga leader. This time there is something new. Siddu has decided to play up an earlier idea, ahinda

Will the vokkaligas and lingayats in a show of upper caste solidarity join to take on ahinda and result in Siddu out and hung parliament outcome ?[DOUBLEPOST=1522350685][/DOUBLEPOST]ok, so they hire translators because all Kannadigas do not understand Hindi. At least make sure they are competent 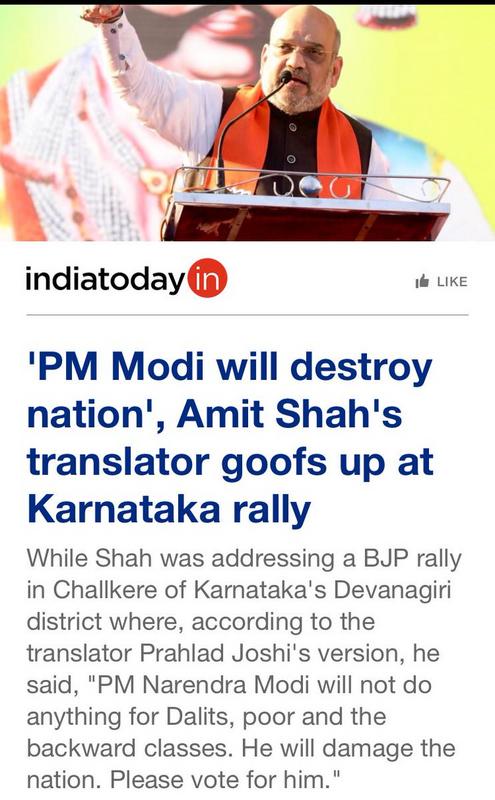 Veteran
Hahaha. Amit Shah is doing some fascinating Self Goals.

Veteran
It was translated by BJP MP Prhlad Joshi.....

Veteran
Amit must be an interesting guy to listen to

Veteran
I'm moving to this place if they are giving free expensive laptops... 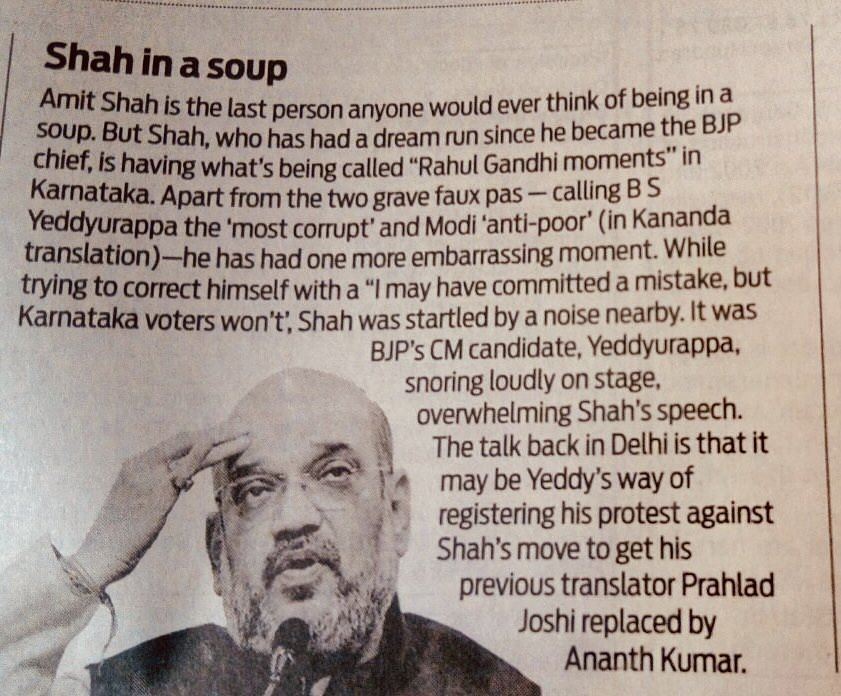 Bengaluru: The race for Karnataka assembly elections is well and truly on with the announcement of dates for the elections by the Election Commission. Along with political parties, EC has also started its preparation for the big day on May 12.

For the first time ever, online voting will be introduced in India and it will be restricted to the voters of Bengaluru. This decision has been taken to make sure that voters don’t miss out on exercising their right to vote due to traffic jams.

Speaking to the media, a senior Election Commission official said, “Our focus is on increasing the voting all across India and Bengaluru is no different. We did a study to find out the reasons why some people don’t vote and traffic cams out as the number 1 reason for the city of Bengaluru. While some people didn’t step out at all during last elections thinking about traffic, many others didn’t manage to reach the polling booth in time despite leaving their home early morning. Best way to counter this traffic was to start this online voting system.”

Further, he added, “We thought about sending our employees to each and every house to get their votes but being government employees, the idea of so much work causes fever among the majority of our staff. This was the only workable solution left for us to ensure as many people as possible participate in our democracy.”

When asked if they will extend this system to other high traffic cities like Mumbai for example, he said ,”What is the point, South Mumbai will not vote even if you offer to click the vote button for them and rest of Mumbai will vote even if you keep the polling booth in the middle of the Arabian Sea.”