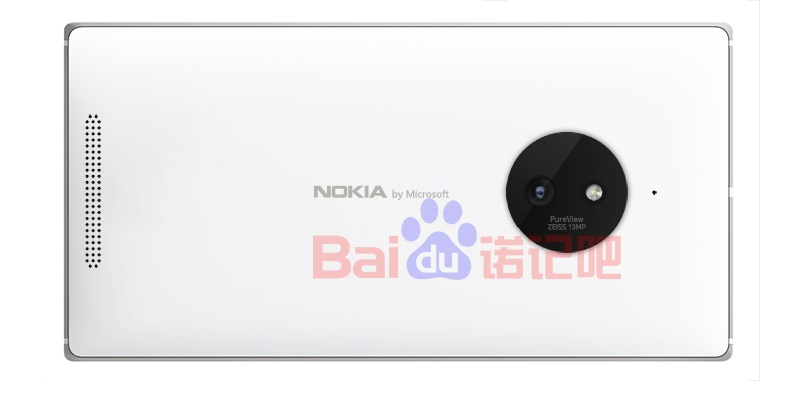 Last week image leaks of the alleged Nokia Lumia 830 images surfaced online. Now, a latest leak from Chinese website shows the so called Lumia 830 with a branding mark that reads ” Nokia by Microsoft”.
The phone in the previous and the latest image is the same however, the former did not have the branding mark while the latter has one at the back of it. Touted as the successor of Lumia 820, the phone reportedly has an aluminum frame with a polycarbonate back cover.

The Lumia 830 is expected to have a 13 MP PureView camera with a lens made by Zeiss. Also from the images it looks like it has a smaller and more compact camera module on the back. Unfortunately not a lot of information is available about the specifications of this device right now except that it might have a 4.5 or 4.7 inch screen.

Nokia officially completed the sale of device and service business to Microsoft in April this year. The buyout was first announced on 3rd September 2013.