I'm Sure you guys would have seen my previous build (with the side distro plates and Mostly Barrow and Byski Blocks, fittings and radiators ) , this time around i wanted to do things a little different and began the never ended journey of importing Spares and fittings for the rebuild or lets say a rebirth of the build, earlier my build had no name but this around i thought why not name it something.

What is Niflheim ?
Niflheim, Old Norse Niflheimr, in Norse mythology, the cold, dark, misty world of the dead, ruled by the goddess Hel. In some accounts it was the last of nine worlds, a place into which evil men passed after reaching the region of death (Hel).

Why did i name it Niflheim ? because this is going to be a white and blue build with a lot of customizations and i wanted this to be cold and i had a lot of funny ideas but lets not go there for now, and it is a cold hell and that is all where the money i spent on it went (Just for laughs)

The Link to my previous build : 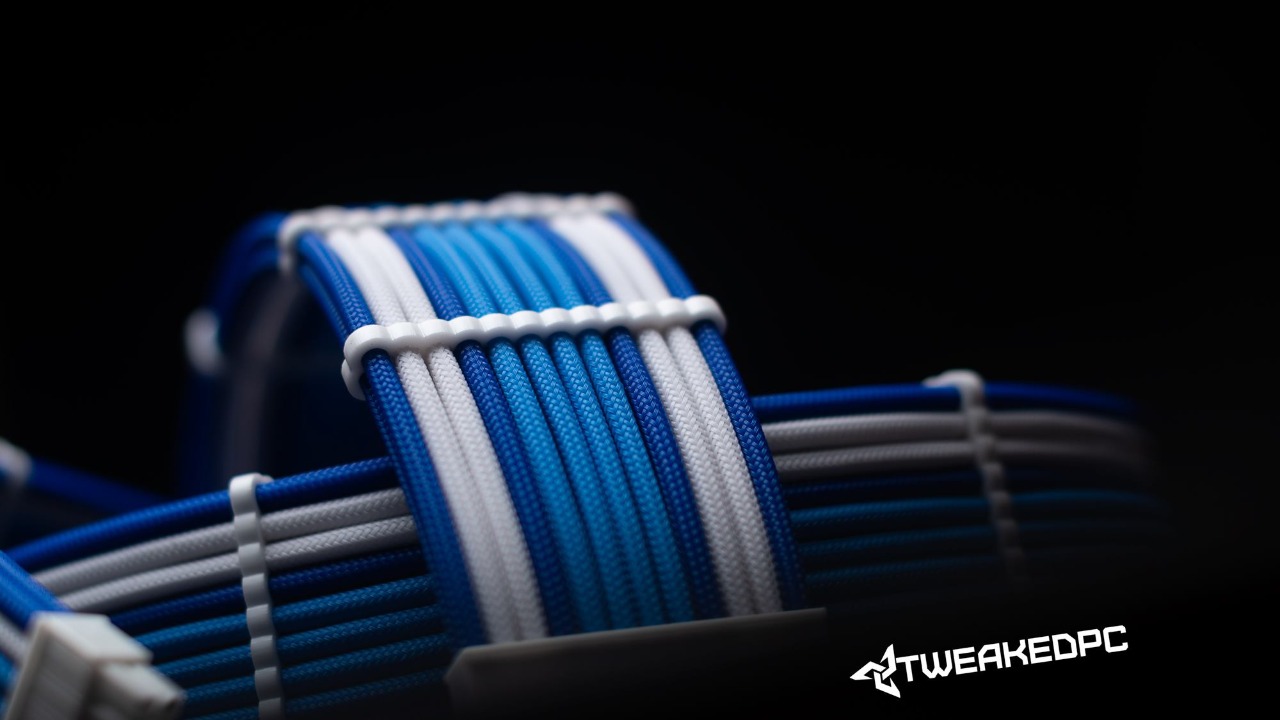 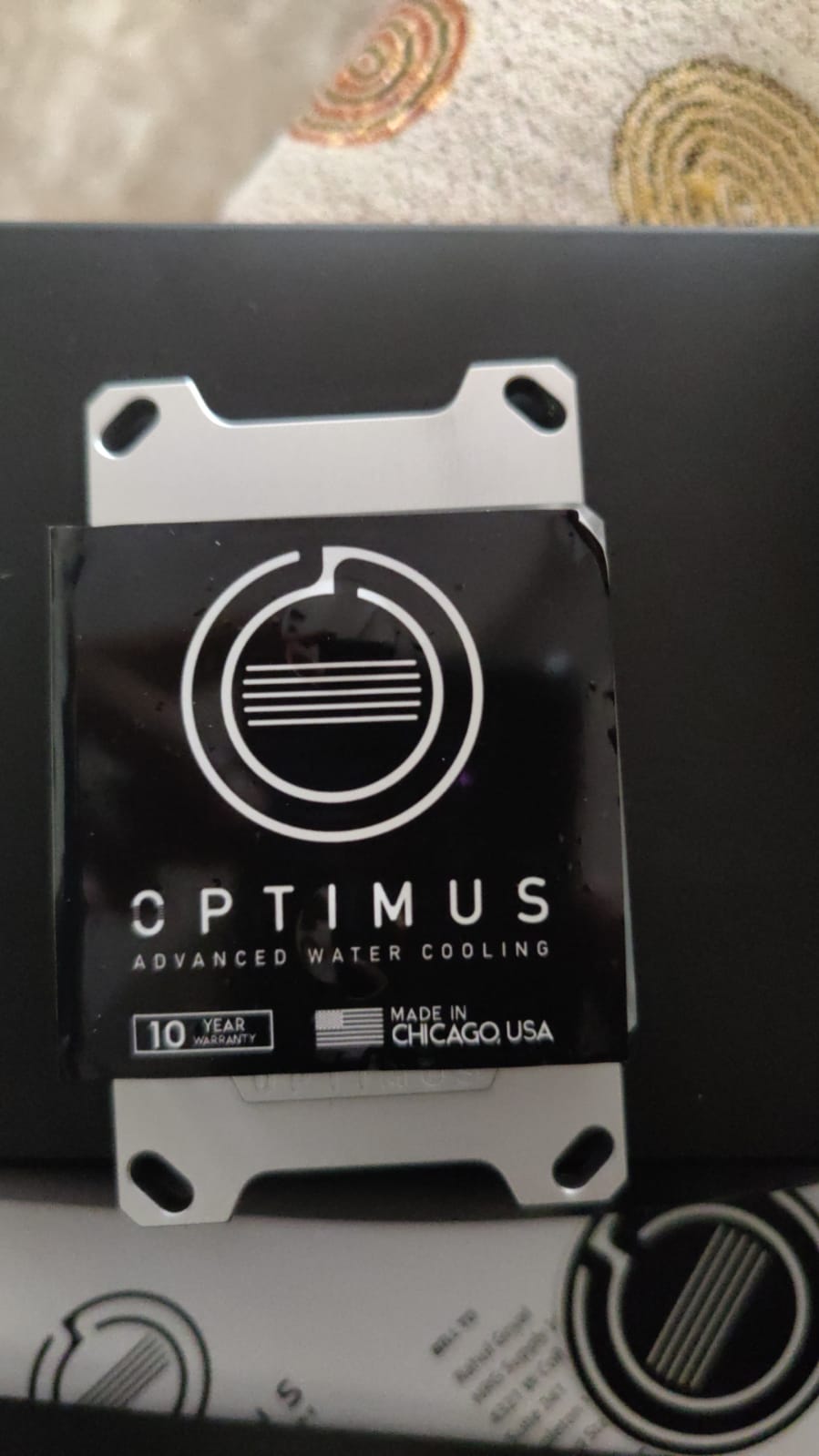 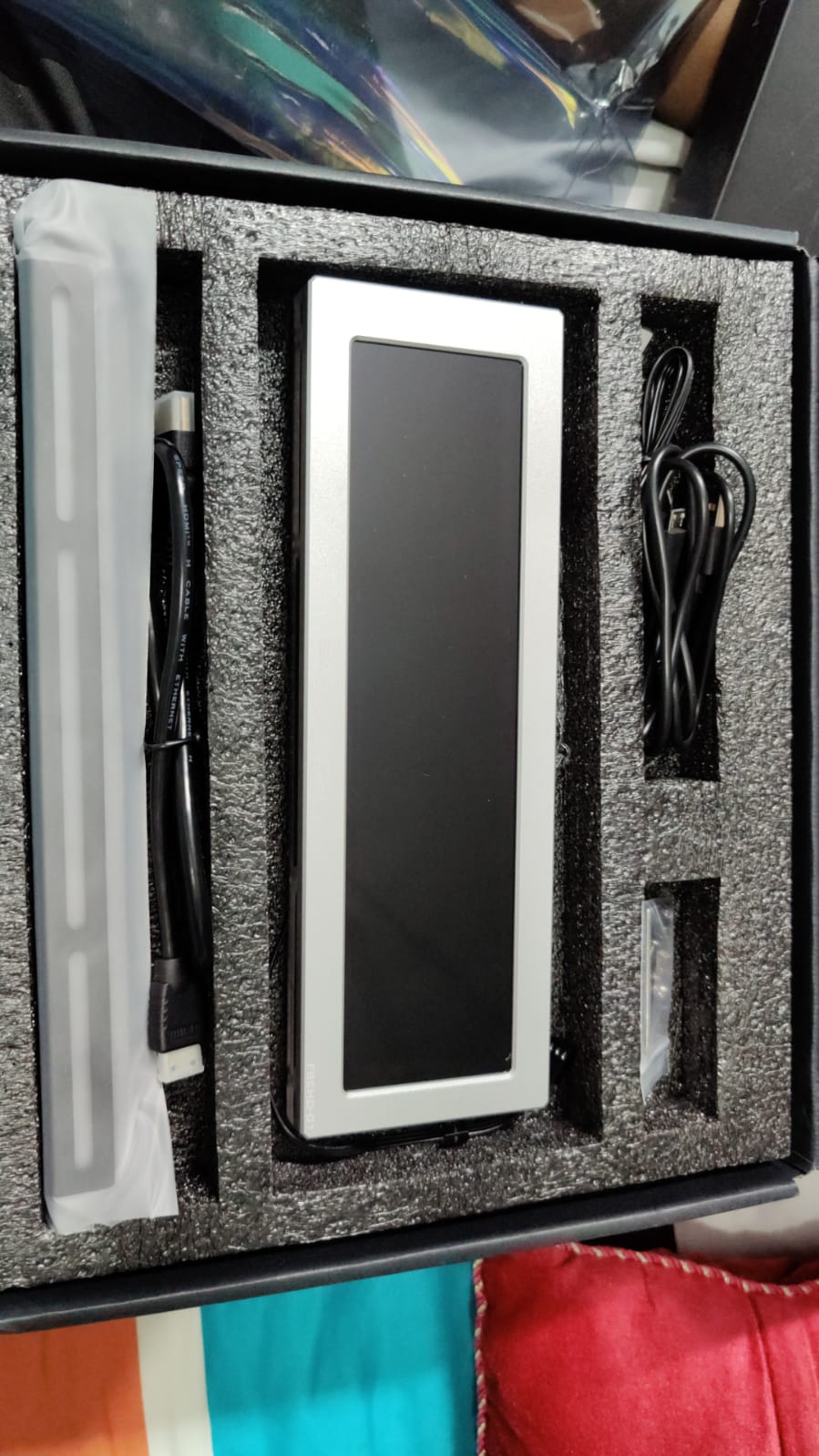 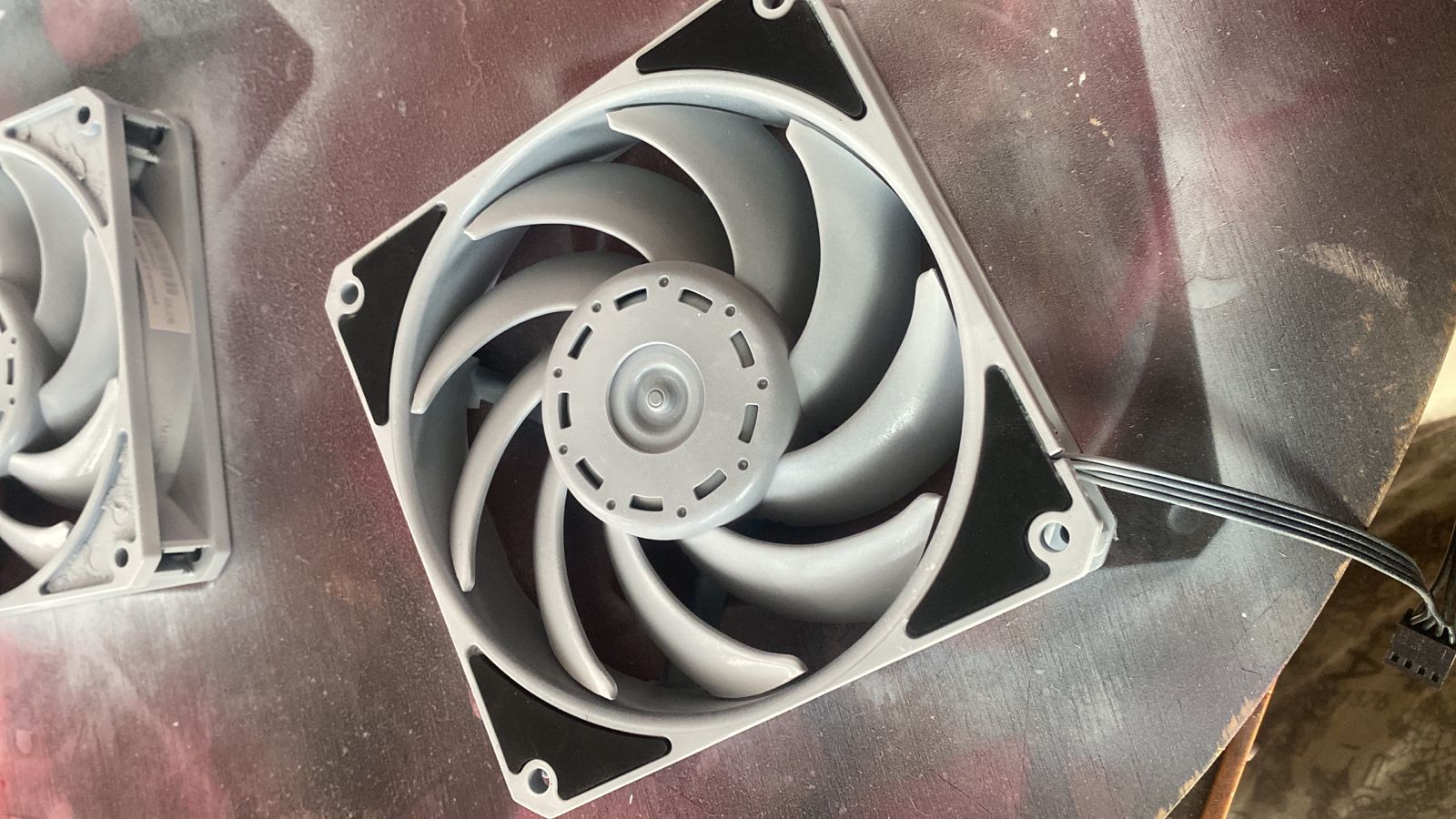 Edit switching to Arctic P12 white as the paint on the vento started chipping a little so will be cleaning these fans back to their original form using PU thinner
The building process started however the painted fans started showing slight inconsistencies hence in pursuit of Arctic P12 PWM PST CO fans.
Mounted the front distro plate and also the D5 pump cover now need to start aligning and cutting the tubes for the straight run post adding the fittings 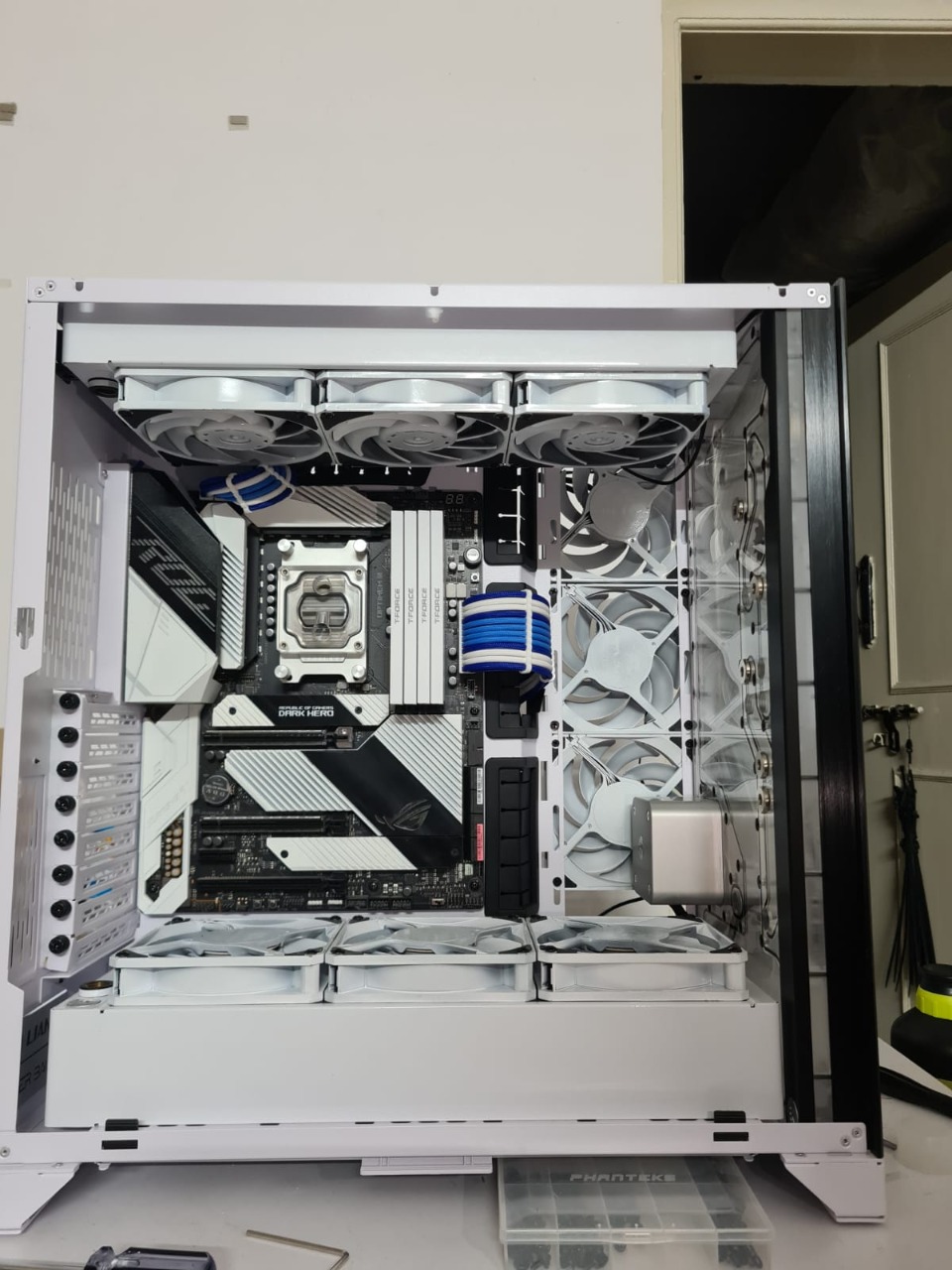 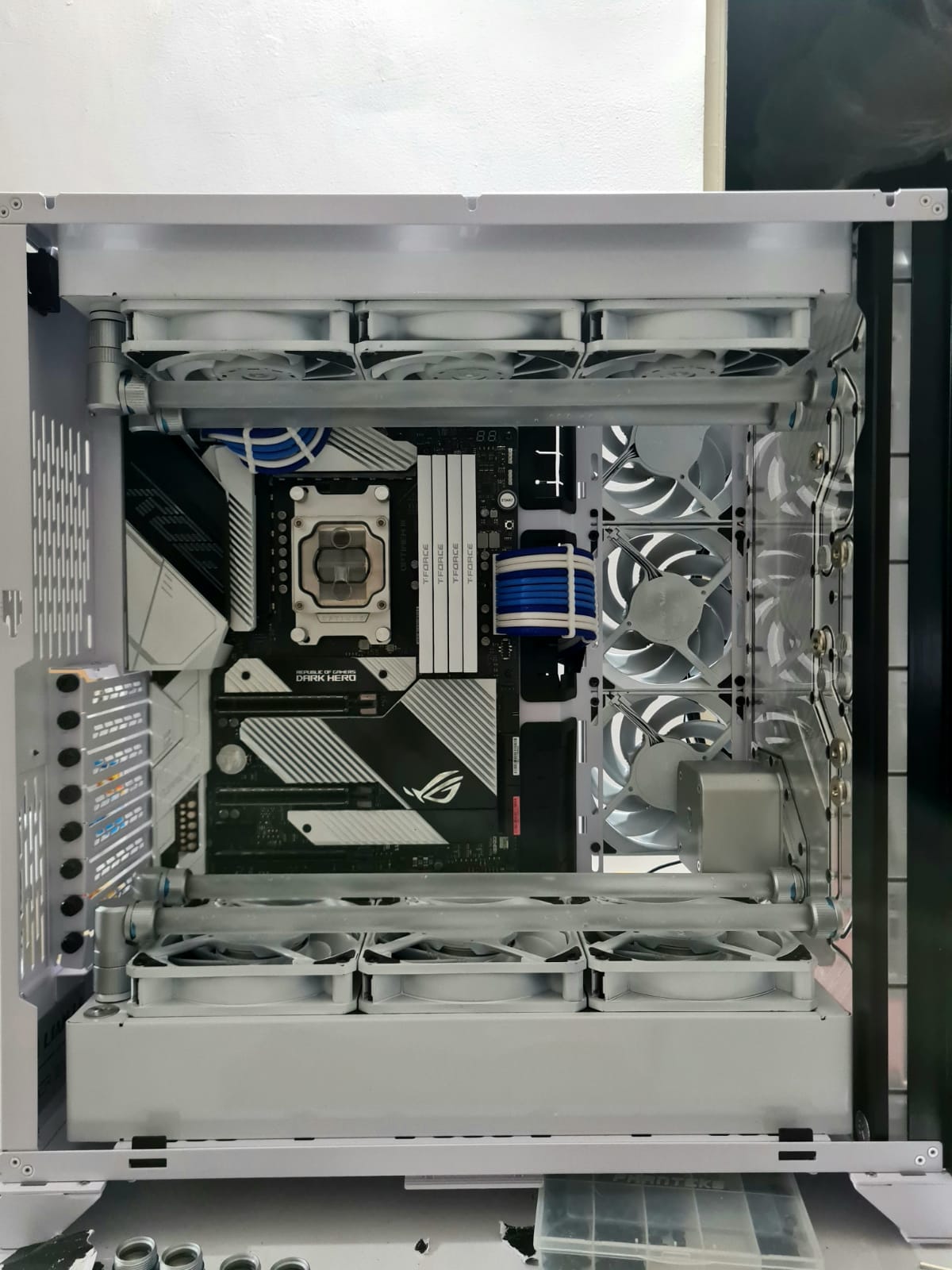 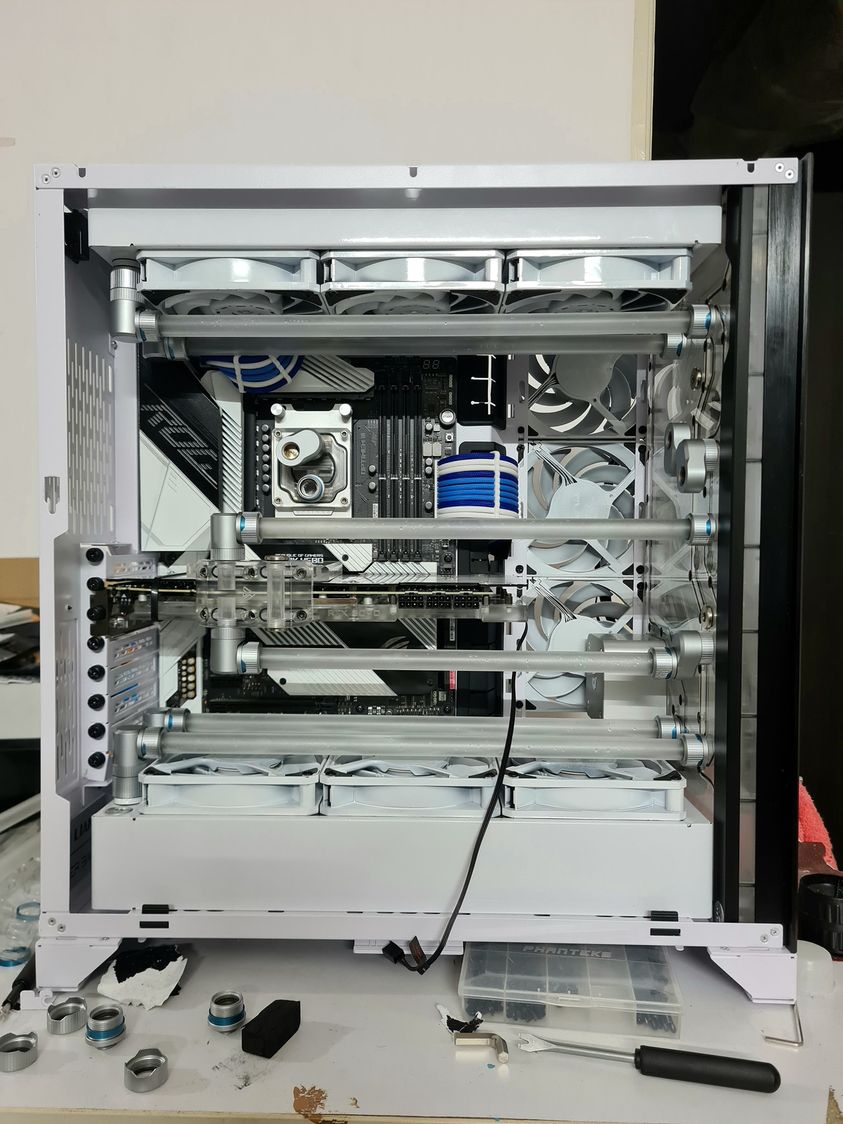 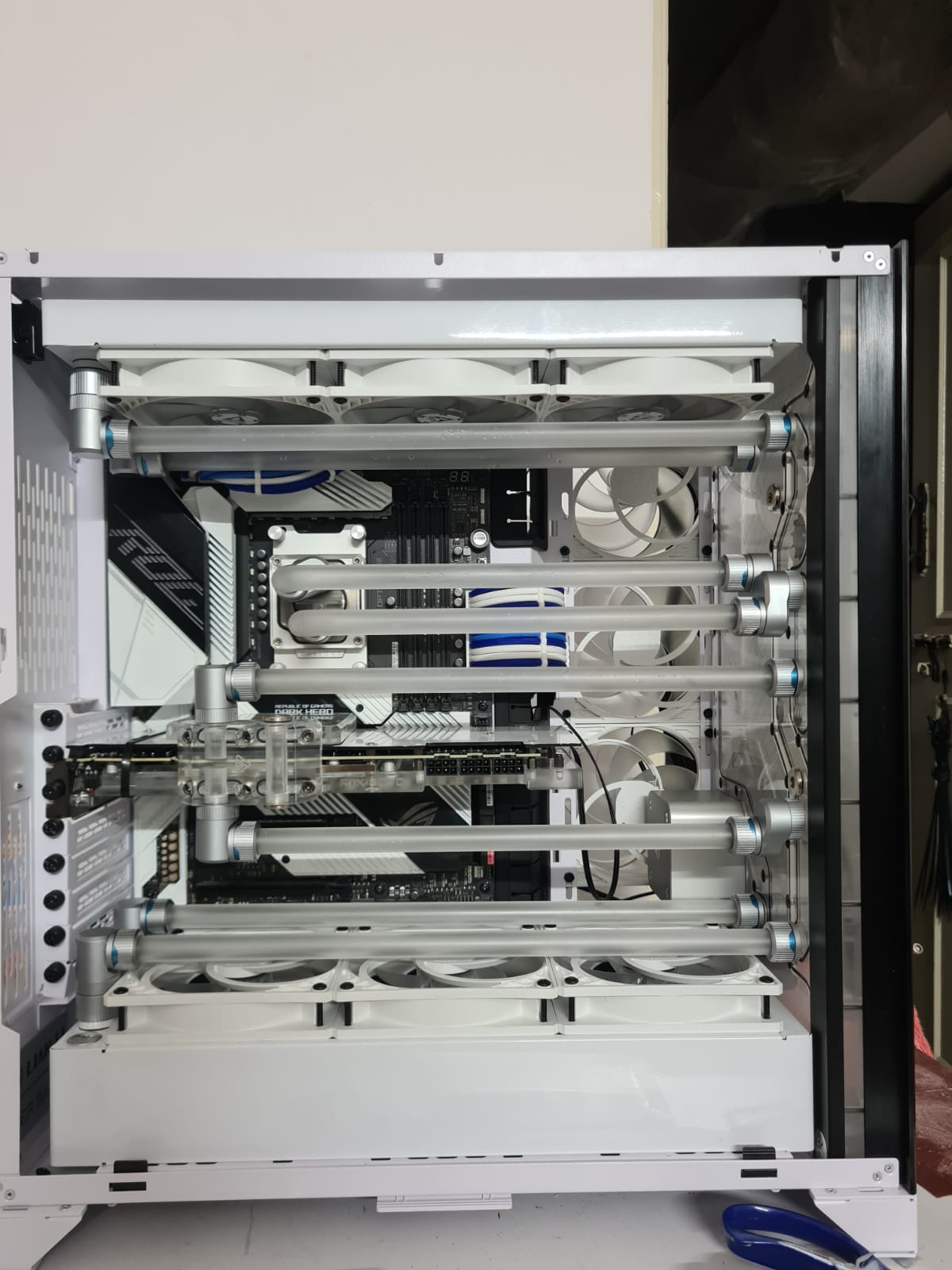 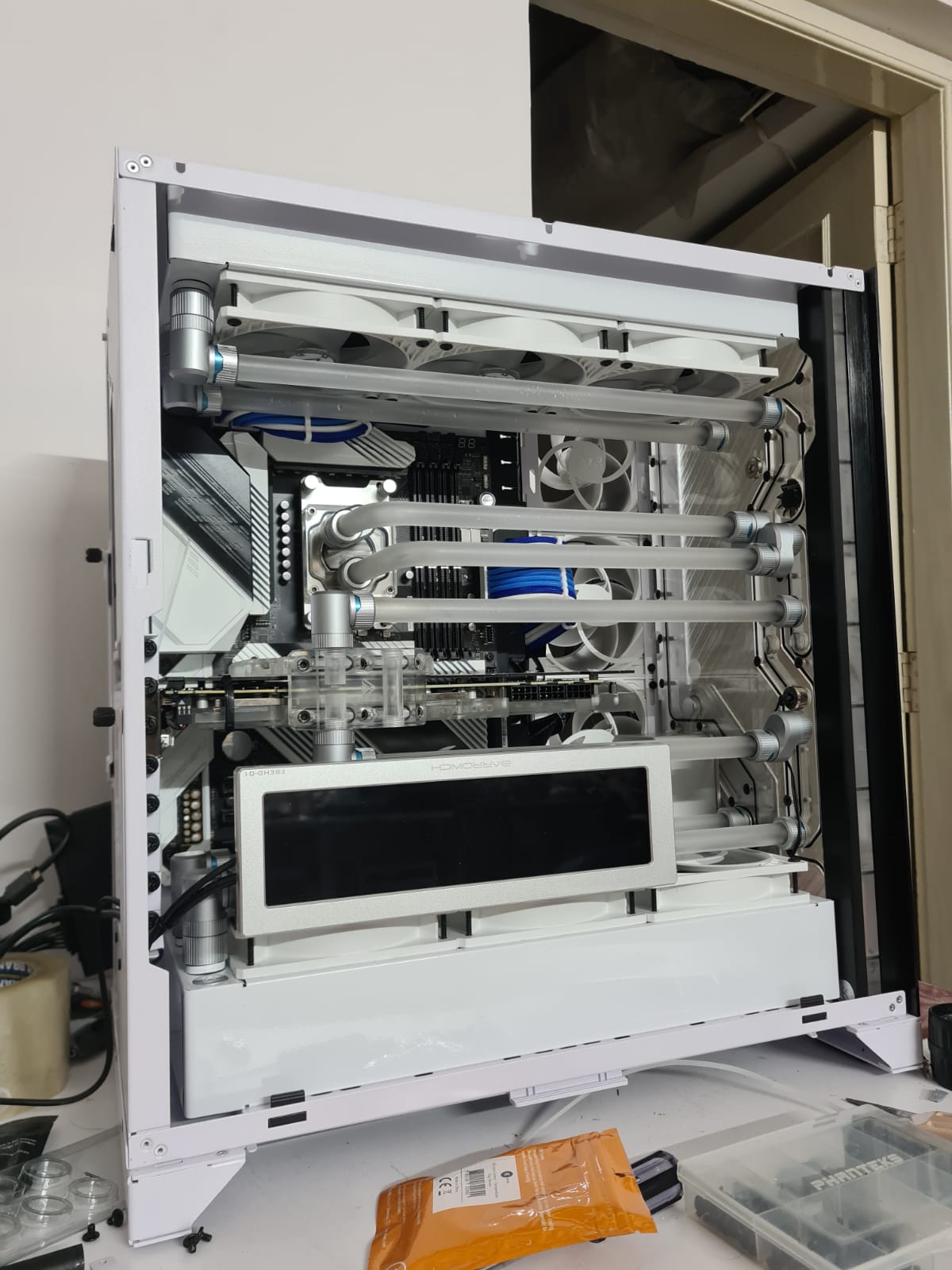