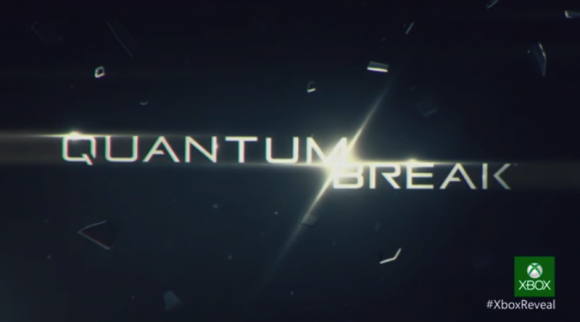 From the creators of Max Payne and Alan Wake, comes Quantum Break, a revolutionary entertainment experience that blurs the lines between television and gaming. With Quantum Break, Remedy Games delivers an action-packed, fast paced game in which you bend and shape time in order to survive. Master unique powers, bending and warping time to outmaneuver and outwit the enemy. Epic moments of destruction, captured in time, become your playground.

How you play the game shapes a personalized version of the television show. Watching the show gives you strategies and insights that will impact the way you play the game and helps you discover unique content within the game. Together, the game and the show deliver a holistic entertainment experience, possible only on Xbox One.
Click to expand...

Veteran
I don't know how to describe this game. In simple words its an amalgam of a game and a low budget TV series. After each chapter you will get an option to view or not to view the TV episode. The story of the live action series will change according to the choices you make at the end of each chapter. Now each episode is more or less 25 min long. I found the episodes quite amusing than boring because there were many scenes which were downright silly.
The TV series is not in the game files it will be streamed.
The story is not that interesting. I lost my interest in the story after 30 mins. I was just playing it for the combat. Also there are tons of materials to read like emails and notes etc which gives supplementary information to the story. I had no interest or patience to go through them. The deveoper's intention was to make a complicated storyline so that players play this game again to understand it properly. According to sources the writers drew inspirations from films like Inception, Interstellar,the matrix,terminator etc. However those films were damn interesting and this story was just boring (at least for me), They forgot that this is not a film. It was not a good Idea to mix a TV series with a game.

Now why I am recommending it? Its because I liked its gameplay and the visuals. The game looks beautiful and sexy yep it does though it also looks a bit blurry too which can be ignored. The physics, the facial animation ,the lip sync,the cloth simulation almost everything is pretty good. While the TV series can be a bit funny at times but the game's real cast and voice acting is not bad.
I have seen people complaining about its gunplay. Well yes there are some restrictions like you cannot shoot though cover & you have to always aim (right click) before shooting otherwise you cant shoot. For me yes sometimes it created a bit of a problem but overall it was okay.
In normal mode the game is not too tough unlike few other games though it may become slightly difficult towards the end,
One bad thing about this game is the last level boss fight. It really gives you no hint on how to tackle him, you have to figure out that on your own which may require few retries.

The game including those TV series is near 10 hours long which is pretty decent. Also there is no need to replay it unless you want to check the consequences of every decisions you make.
Overall its a good game with an uninteresting storyline.
Rating: 7.5/10

You can join us: https://steamcommunity.com/groups/wtil
Last edited: Jul 6, 2018

Adept
I couldn't stream the TV episodes at all after the first two, some problem with the stream server, totally killed my opinion of the game. Whoever thought it would be a good idea to leave out the episodes from the game download despite it having a humongous download size should no longer be in a decision making capacity. Rest of it was fairly generic with shiny visuals. The story felt flat and too tryhard, timeloop stories are hard to pull off. This is certainly no Predestination.