psyph3r said:
Point is both AMD and Nvidia have had problems but AMD driver issues have been exaggerated by Nvidia fanboys who've never bought or used an AMD gpu.
Click to expand...

this is a frivolous guy who's completely out of touch with AMD GPU driver stack in the recent past. Someone who hasn't used a product is no one to describe what the experience is.

Since he's mentioned TS, I believe he's using Navi to defend his bias. Okay so pretty sure TS hosts have said they use 5700XT in their personal rigs(Retail samples) and never had the black screen issues and aren't able to replicate it either. AMD rolled out some patches to see if that did it for those folks that did, now at that point if someone still did... then why not RMA the card!

My cousin has a 5600XT, He's never had an issue, my friend has a 5700. If I bought a 5700XT and had black screens, I'd RMA and I expect Nvidia users to do the same.
Stop this driver bs saga. I've used AMD since 7970 days, anyone who's used AMD drivers in the past 3 years can testify that the software experience is solid and I'd argue leagues ahead of Nvidia control center.

Chaos said:
Why should I RMA the card when it is working perfectly in Linux?

These issues seem to depend on the system configuration and some folks see it while others don't. Has got nothing to do with the GPU hardware.

Each 'cuda core' has two floating point units instead of one before. So for marketing, the core count doubles.
Click to expand...

You should RMA the card because most people do not have said issue, and fixes for the black screen were pushed out in the Adrenalin 2020 package. Post this if you still have black screens then it's safe to say that something is amiss on the card. I don't buy the incompatibility part, because it is simply a parallel processor that has to ensure compatibility with desired APIs, such as Direct X or Vulkan for example. System configs have nothing to do with it. If you have black screen on a clean driver install even with up-to-date drivers then you should consider RMAing.
Last edited: Sep 2, 2020

Veteran
Much talk about AMD's upcoming cards everywhere and I mean here there everywhere. I don't know about the rest of the world but for us Indians the pricing will kill them even before they hit stores.
Anyway I for one don't simply buy in to the hype so I'd rather wait for reviews. I'm also concerned about the energy usage.
Way too many rumours and misinformation have been posted about the new 3000 cards since the launch. Take everything with a pinch of salt.
Wish the 3070 pricing was lower.

Veteran
We pay too high taxes and with COVID, its hard to get a GPU from US. Earlier some or the other friend would be visiting US often. I guess waiting till January for me would be a good option.

Veteran
Anyway getting back to the topic I just hope nVidia gets enough in stock in our country.
I am liking the FE design...though the ROG one is 400W and has some nice features added (ie. 3090)

Adept
2 Min silence for those your brought 2080 ti Recently

There is a comparison with the old fellow or the 2080Ti and it was maxing at 100 frames with 4K ultra settings. RTX 3080 was constantly running at 140+ frames. It is worth it. 71k for a GPU that breaks into 2080Ti at almost 2/3 the price of it, plus give 20 to 30 percent more performance (please take this with a pinch of salt until the reviews are out). Anyone looking for selling a 2080Ti might have to take a huge hit.

Veteran
This is the best 3080 video....hope they come out with a 3090 video too soon....
Nvidia GeForce RTX 3080 Early Look: Ampere Architecture Performance - Hands-On!


btw such a terrible 12pin adapter, couldnt they hgave made it a bit longer??? 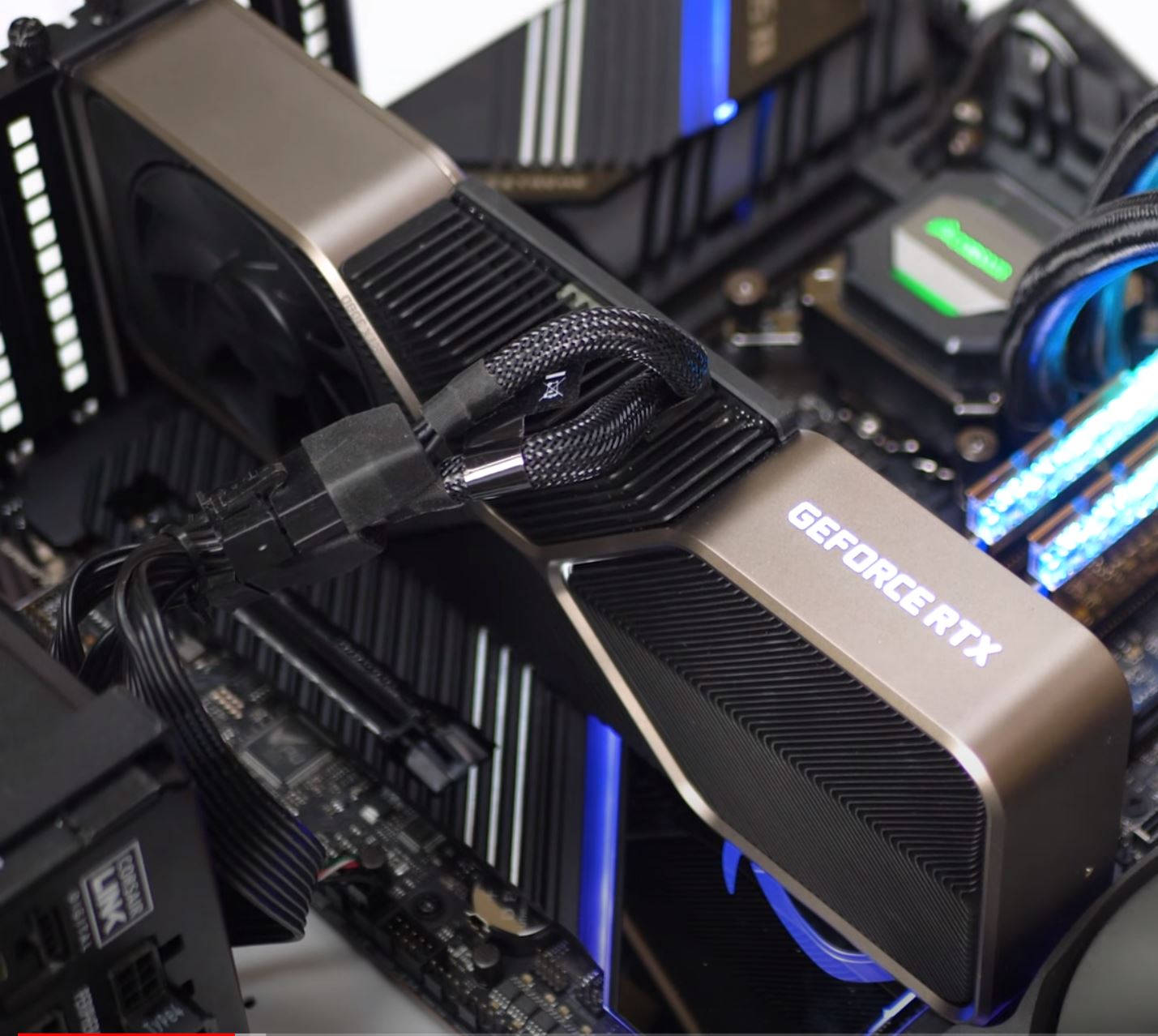 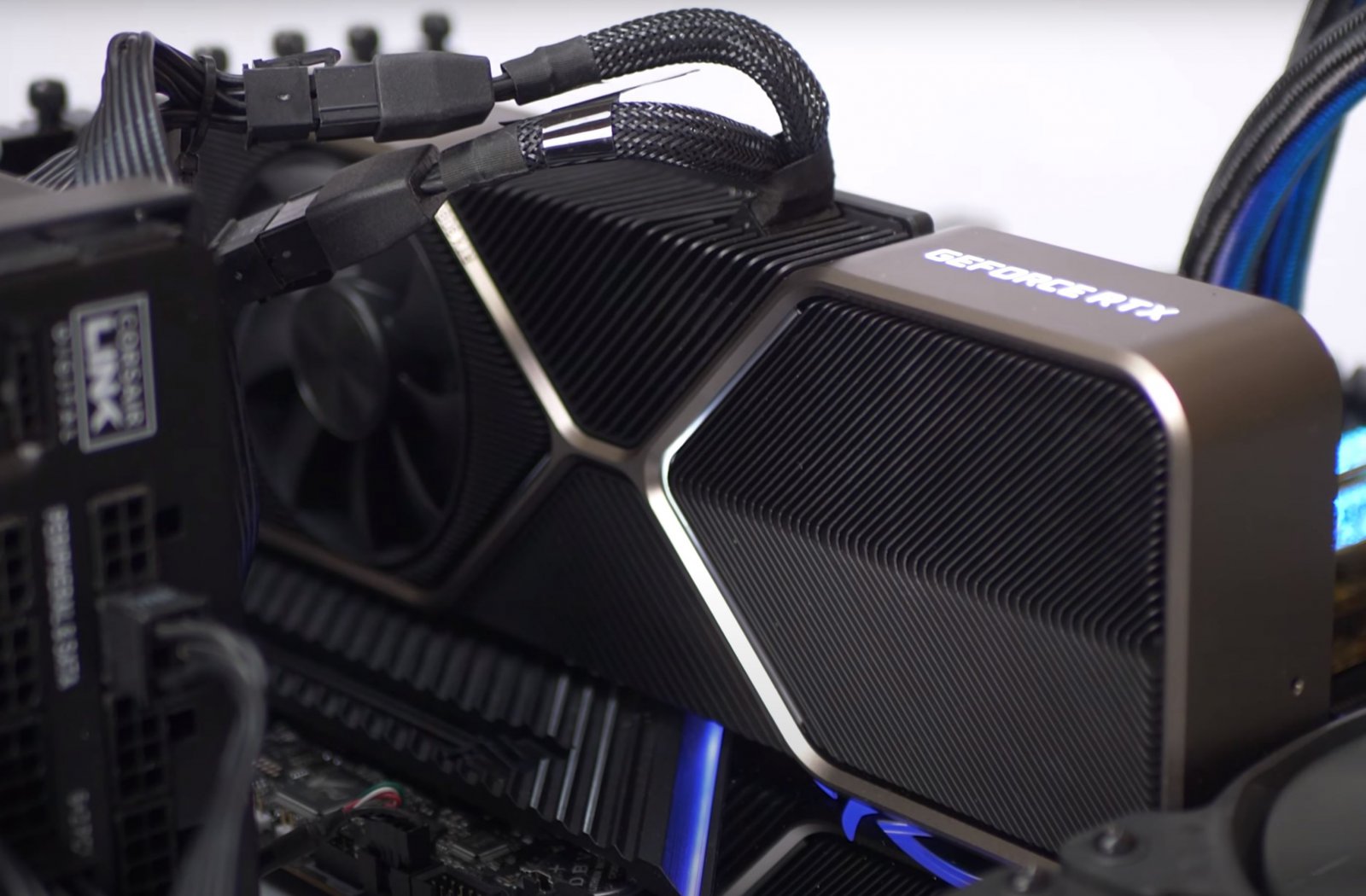 Adept
At what performance level do you guys believe the 3060 will be? I'm guessing it should be slightly faster than 2070 super or is it wishful thinking?

Veteran
So its a bit complicated for me too. RTX 3080 is Faster than 2080Ti but then so is RTX 3070 ( for this one, not known but that is what the murmur is).
RTX 3090 is the new TITAN i guess.
RTX 3060 will be replacing the RTX 2070 Super, i hope i am not that ambitious but NVIDIA will not lower the prices or come up anything new from its stable untill NAVI2 is out.
Given the performance we have seen for the gameplay videos on PS5 and XBOX X, the full fledged variant should be a rocker.

Fenix said:
So its a bit complicated for me too. RTX 3080 is Faster than 2080Ti but then so is RTX 3070 ( for this one, not known but that is what the murmur is).
RTX 3090 is the new TITAN i guess.
RTX 3060 will be replacing the RTX 2070 Super, i hope i am not that ambitious but NVIDIA will not lower the prices or come up anything new from its stable untill NAVI2 is out.
Given the performance we have seen for the gameplay videos on PS5 and XBOX X, the full fledged variant should be a rocker.
Click to expand...

That sounds logical. They would obviously want to see what AMD has up their sleeves and then price their mid range and lower range cards.

All this horsepower is welcome when it comes to machine learning and video editing but it's of no use if the games themselves aren't pushing boundaries, yes you can get higher framerates at higher resolutions but it also makes the flaws glaringly obvious.

Most AAA devs are greedy and comfortable releasing the same old cookie cutter titles, we can expect the usual Battlefields, the CoDs, the Assassin's Creeds with minor improvements in the visual dept. but apart from CP2077 nothing really looks impressive tbh for the foreseeable future and most of the titles will still be held back by consoles.
Just look at the Watch Dogs Legion raytracing demo, apart from the reflections the game still looks like it is 4 years old.

Infected said:
btw such a terrible 12pin adapter, couldnt they hgave made it a bit longer???
Click to expand...

That placement and adapter is weird, it will ruin the look of all those sweet looking rigs unless some custom solutions show up.

2kool2btrue said:
That sounds logical. They would obviously want to see what AMD has up their sleeves and then price their mid range and lower range cards.
Click to expand...

Usually with previous gen, there was not that high jump but RTX 3000 is a huge leap in performance.

Post automatically merged: Sep 4, 2020
Agreed, i believe that Ray Tracing was 1st gen and kind of a half baked solution with lot of game developers not wanting to work on it due to performance hit or not being optimized further. Let us see with the review on how this gen rolls out.

Veteran
^This guy posted the obligatory hitler one as well last night.

Disciple
Can we buy founders edition card in India??as I've not seen anyone using fe cards in the country

rhyxpixta said:
Can we buy founders edition card in India??as I've not seen anyone using fe cards in the country
Click to expand... 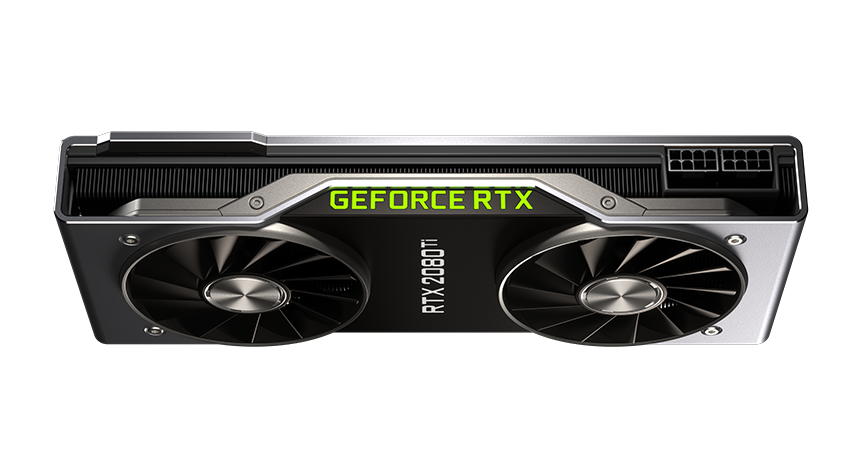 Thanks for the information.. I've already registered for the notify me on this link itself..since only evga xc3 and 3080fe edition will fit in my case so best bet was to go for fe edition
B

people who are still on gtx 7xx 9xx get the current one ,10 series guys your patience will yield fruits , having larger VRAM will be fruitful there will be TSMC ffabbed or 7 nm fabbed cards which will be power efficient and high vram

psyph3r said:
Still hard to believe, what about all the unsold 2070 Supers and up that have been rendered obsolete by the 3070 ?
They just proved they were milking their fans with those gpu's if they are willing to write em all off.