What exactly is Government of India doing? 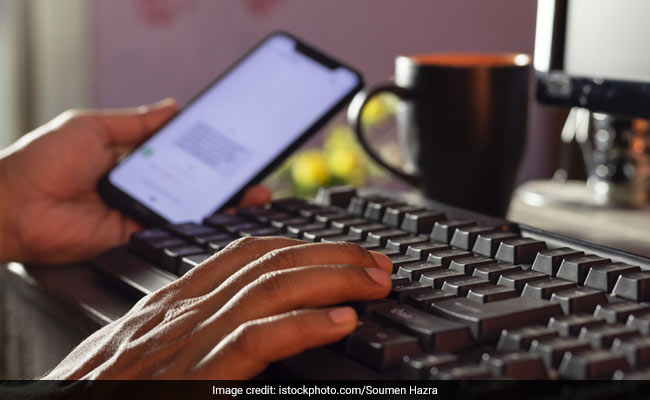 Blog: Our Obsession With KYCs And OTPs Are Simply MCDI. Get It?

This obsession with KYC/OTP appears to have started with Aadhaar. I often find it surprising how callous (and sometimes even proud) people are, over handing over their Aadhaar. It's no wonder everyone wants to get hold of everyone else's Aadhaar.

Even if inevitable sometimes, it is not always so. When my kids' school demanded their Aadhaar number a couple of years ago (back when they didn't even have one), I simply gave them a random 12-digit number which made them happy. The next year, when they demanded it again (this time with documentary "proof"), I gave them a copy of my own Aadhaar and they were again happy - they evidently didn't even look at it, and were doing it just because other schools did it.

At one point, we (me and everyone else in the family) kept receiving daily "reminders" from mobile phone providers that said we stand to lose our connections if we don't go through their KYC process before the end of the month/week/whatever (or something along those lines). It's been nearly 2 years since we ignored their messages, and our phones still work. And when the local cable TV/Internet guy, milkman, newspaper vendor or whoever mentions Aadhaar, I simply tell them I don't have one, and they usually don't bat an eyelid.

I did kick myself for unnecessarily handing over my Aadhaar to LIC and for not sticking it to the man when I had a chance, for once.
Last edited: Nov 2, 2020

Veteran
I've seen the exact opposite reaction if you try telling someone you don't have an Aadhaar at all. They just can't believe it and think you're lying because you don't want to give it. After repeating twice or thrice, they relent but very suspiciously.

red dragon said:
Holi cow!! I really didn't know who he/ she is before your post. But was pretty sure it's an Italian Surname. I know few Mainos and all of them are Italians.
I had to Google the name and now I'm speechless!!
Sorry, my previous post about Mr. 56 incher's physical appearance was not an appropriate one.
Making fun of someone's external appearance is not something we should engage ourselves into.
I look like shit myself and there's nothing I can do about it.
But I'm kind of obsessed with that man and his antics.
But how come this Antonio is woman? I checked, it's Antonio, not Antonia
Click to expand...

What does it matter if her name is Antonia or Sonia? She was born Italian and no one is denying that.

Edit: apparently she has two sisters, Nadia and Anoushka

Unfortunately some people who can't or won't see their own favourite Nazi party's misdeeds just use these trivial cusses to divert from the real issues.
Last edited: Nov 2, 2020
C

malhotraraul said:
Ram Guha is a card holder communist and you don't know what commies do and what is NDTV ??
Click to expand...

As an admirer of Guha's writings (on politics and otherwise) and as someone who hasn't watched NDTV (or any other TV news channel) for at least the past 2-3 years, I am perplexed. Would you care to qualify your remark?

And what exactly is wrong with being a "commie", in an Indian context? Last I checked, there's nothing wrong with being a communist here. Or, are you merely trying to ape the populist American narrative of the 60s and 70s Cold War era just because you can?

codelad said:
As an admirer of Guha's writings (on politics and otherwise) and as someone who hasn't watched NDTV (or any other TV news channel) for at least the past 2-3 years, I am perplexed. Would you care to qualify your remark?

And what exactly is wrong with being a "commie", in an Indian context? Last I checked, there's nothing wrong with being a communist here. Or, are you merely trying to ape the populist American narrative of the 60s and 70s Cold War era just because you can?
Click to expand...

Most of these people don't even understand what communism is or the fact that so called communist parties today are the most capitalist of them all !

They just use words like liberal/libtard/commie because it's hip to do so. Speaks volumes about their own minds really.

malhotraraul said:
Ram Guha is a card holder communist and you don't know what commies do and what is NDTV ??
Click to expand...

No opinion can be painted in binary. Sure, you may disagree, but labelling eminent people whose opinion is different from what you think is overboard.
If you think Ramchandra Guha is a communist, then perhaps you should read "India after independence" by Bipin Chandra Pal. You would be on fire..

Veteran
Modi is much better at acting than antony.
T

Adept
Why do they say "ruling party", "he ruled for 5 years"; they meaning public, media, everyone.
Looks like our state of mind itself is wrong to begin with.

They should be saying "serving party", "he served for 5 years".

Idiotic sheep, we humans are.

ssslayer said:
Why do they say "ruling party",
Click to expand...

1. India is the Land of Maha Raja's, Sultan's, Land Lords and British Raj's - hard to think differently now.
2. Any Elected Government is a Service Provider just like Mobile / DTH / ISPs.
3. And those two persons who are running 138 core people are CEO's like Tim Cook, Sundar Pichai.

When those High commands of Elected Government never take Proper Press Conference is the first steps/sign that this country head over towards authoritarianism.
Last edited: Nov 3, 2020

iPwnz said:
If you say something which pisses off the govt you will get arrested under sedition charges. Online comments are also being watched by the govt IT cell/volunteers and reported to local authorities as necessary. Many have been arrested. BJP govt in a nutshell.
Click to expand...

Our ex-colleague was jailed for over a year.
See this image for proof of many more. All or most of them are under sedition charges. It's a very harsh punishment and regularly abused by the ruling govt when they cannot try dissent and criticism under any other law. The current SC is also a puppet of the govt.

Adept
Surprisingly, the word "fascism" was used by the government when Arnab was arrested. When journalists were beaten up for doing their job in Hatras case there was no fascism, no violation of freedom of speech and expression..

Let's see if we can work around this...

Veteran
This is pathetic...has the IT cell invaded our beloved TE too!!??
Really sad..

Veteran
Well they said it doesn't follow their rules. I don't know which one specifically and can't ask either since he locked the conversation so not even interested in asking them anymore lol.
But politics have been discussed since forever here. And of course I can't speak exactly what's on my mind here haha but you can guess

Veteran
Sure I can..and it's really sad.

ex-Mod
If TE is going the r/india sub way of deleting and probably start banning people for voicing their opinions on the present government, then I guess I'll just move on. This was the last place we could talk openly and even this is going away. My (now dead) Indian reddit sub is private and anyone who wants to join can join and bash any govt they want freely.
A

Veteran
With Biden (almost) becoming PoTUS, let's see how things change from next year.
India had developed a working relationship with Trump in the last 5 years, and AFAIK (and most likely wrong ?), Biden is not as anti China as Trump (maybe even pro China ?).
Intresting times ahead.
You must log in or register to reply here.
Share:
Facebook Twitter Reddit Pinterest Tumblr WhatsApp Email Share Link